SAE London Animation student Wojciech Zurowski has created a thrilling cinematic for his Major Project titled Survivor, which was inspired by the film I Am Legend. We caught up with Wojciech to find out more about the post-apocalyptic project and to learn more about his experience over the last two years at SAE.

What inspired you to create this cinematic for your major project?

My main, but not the only, inspiration was the film I Am Legend with Will Smith in the lead role. I really liked the way the creators of the film showed New York as an abandoned, desolate metropolis. You could see how Mother Nature was taking over the city because of the lack of people living in it. There is one shot that has been my point of reference for most of the production of the trailer. I can also say, although I do not know if I can call it inspiration, there was an internal need to create something that could be a post-apocalyptic genre.

What other media (TV, games, books/comics) were you influenced by?

Here I could mention endlessly, there are plenty of good sources of inspiration for creating work in this genre. I have chosen several games that were just used as references during the creation. One of them was Dying Light, a game created by Polish studio Techland, others that also helped me a lot were The Last of Us and The Last of Us Part II, games created by American studio Naughty Dog. 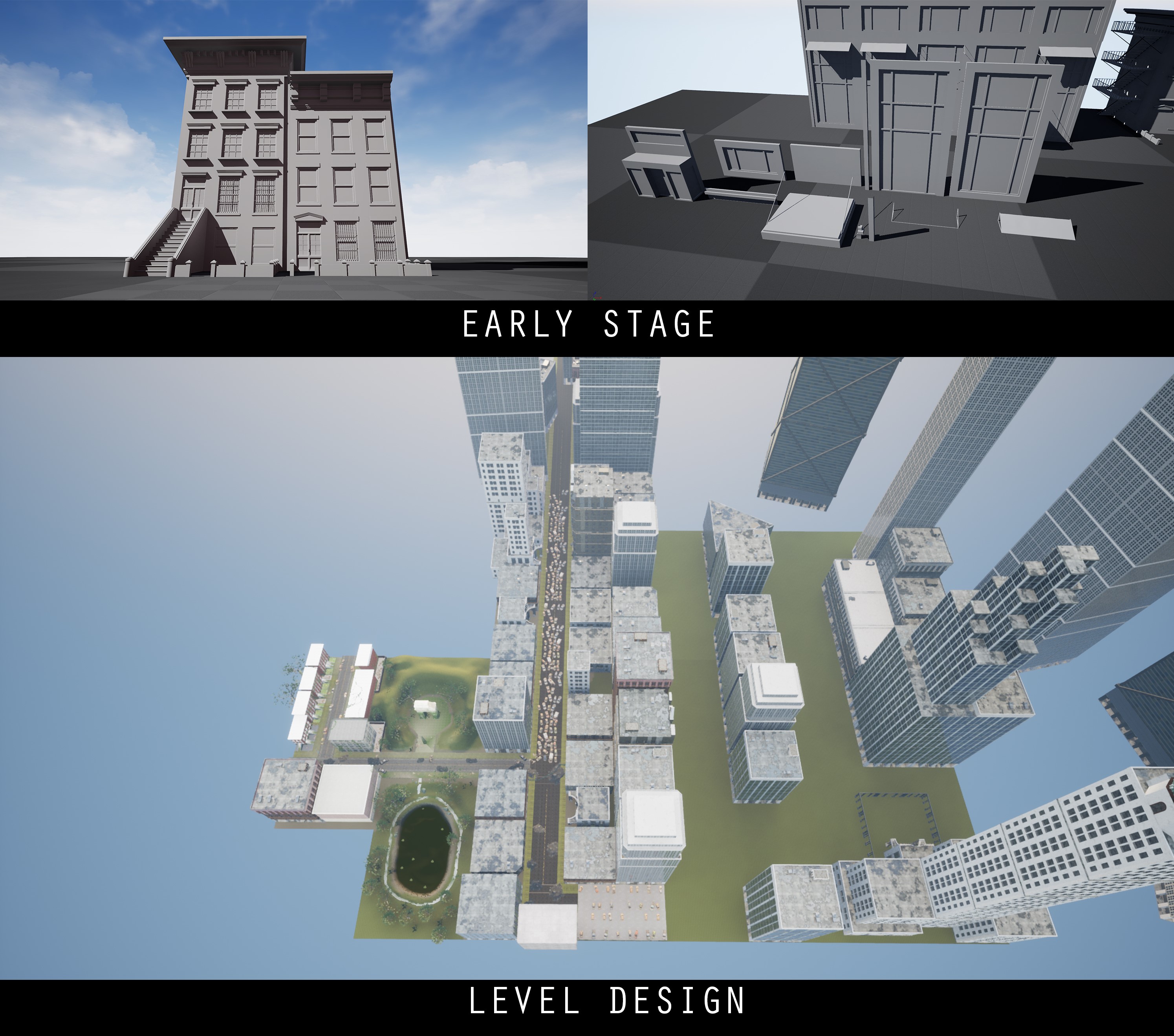 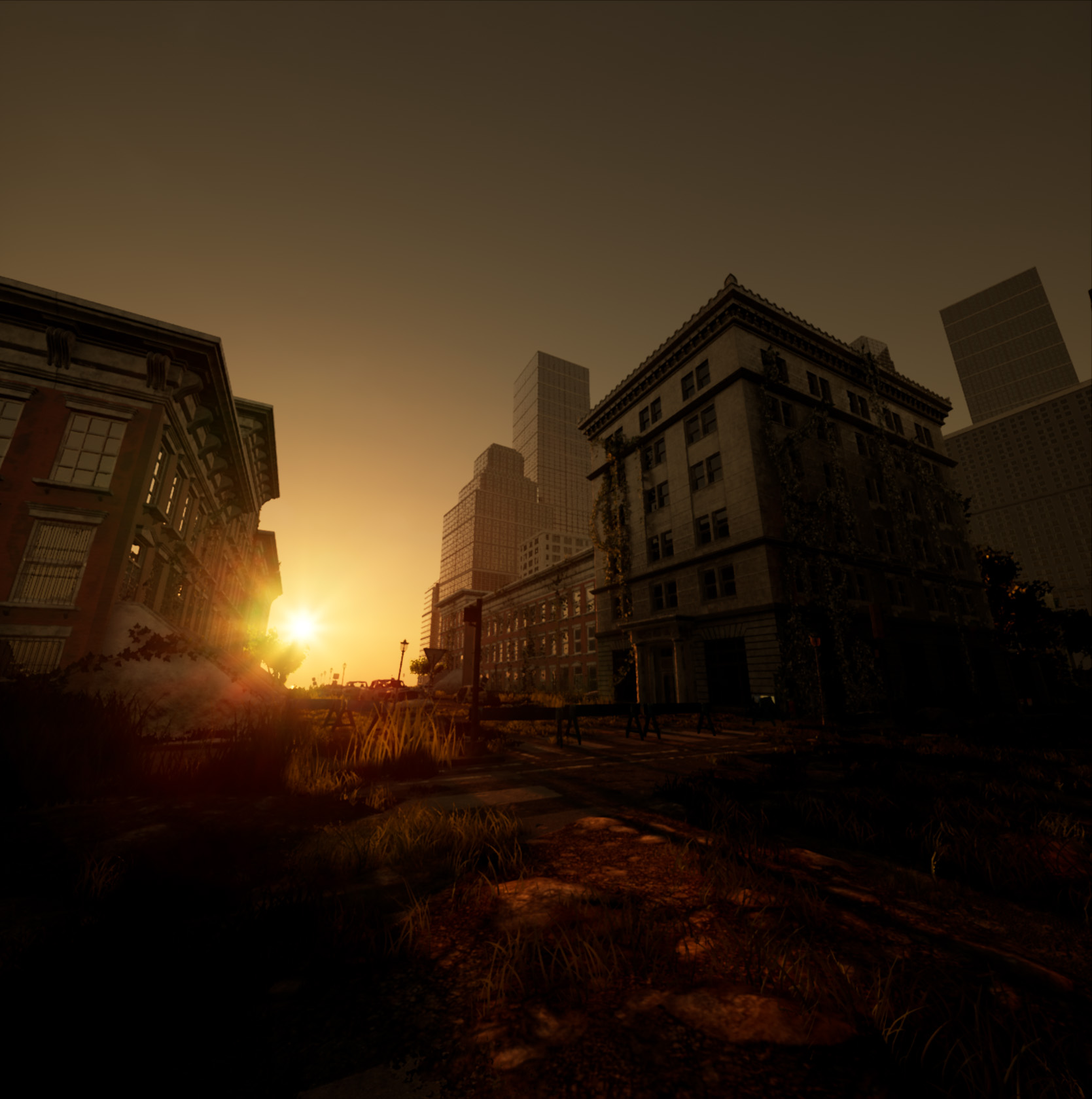 Can you walk us through the creation process for Survivor, what was involved?

There were so many things I had to take into consideration before production even started. I wanted to come up with a story as to why the environment can be seen in this state, what happened, whether it is a virus or some kind of cataclysm and so on. So I created quite a short story that gave more information about what happened, what events took place, which led this metropolis to its collapse.

Then I began by watching the film and analysing it, second by second. Mainly in order to understand how I can create just a small section of the city in such a way that the person who is looking at it has the impression that it really is a big metropolis. I might add that I had a vision for a moment to recreate the real streets that are in New York and that were shown in the film, but fortunately, my good colleague Umair advised me that if everything is not perfectly recreated, the whole immersion will be disrupted. I decided that I would only be inspired by this city, and in my work, I would do something that might give the impression that this is New York. Then the time began to gather, literally tons, of pictures that were used as references for various things, from modeling to setting up cameras.

The next stage was modeling, I knew I was creating a city, so a lot of things can be repeated, like lamps, hydrants, trash bins and so on. So I started with them, then I moved on to the creation of buildings. The technique I used was to create modular assets and then, using them, build whole estates. This gave me more flexibility because, let’s say, with about 10 or 15 models, I could fill the whole street with buildings. Obviously, before I started making the final models, which are in the trailer itself, I made one big environment blockout in order to know later on where what will be set, but also to set the appropriate scale for each model, for example, so that it would not turn out that the character is huge and the environment is tiny.

During the creation of the shots and during the editing I was supported by the person who has been my greatest support for almost two years now, my lovely girlfriend Oliwia.I used many tools for the creation process itself. I did modeling and UVs using Maya, adding details/sculpting in Zbrush, creating and adding textures in Substance Designer and Substance Painter, putting it all together, setting the lighting and taking shots in Unreal Engine.

How did this project draw on the skills you’ve learned at SAE in the past two years?

Hmm... that is a good question. Honestly, this project was a big challenge, in terms of the work that had to be done at each stage of production and if one stage was done carelessly, the next one was only harder to start. During my two years at SAE, I was taught how to approach each stage, what basic things to consider from the beginning to the end. I can make it clear that SAE, or rather the lecturers, do a very good job and always provide support if needed. I have worked very well with Amil Metcalfe, his approach made me want to learn more and more, and I still want to improve my skills. 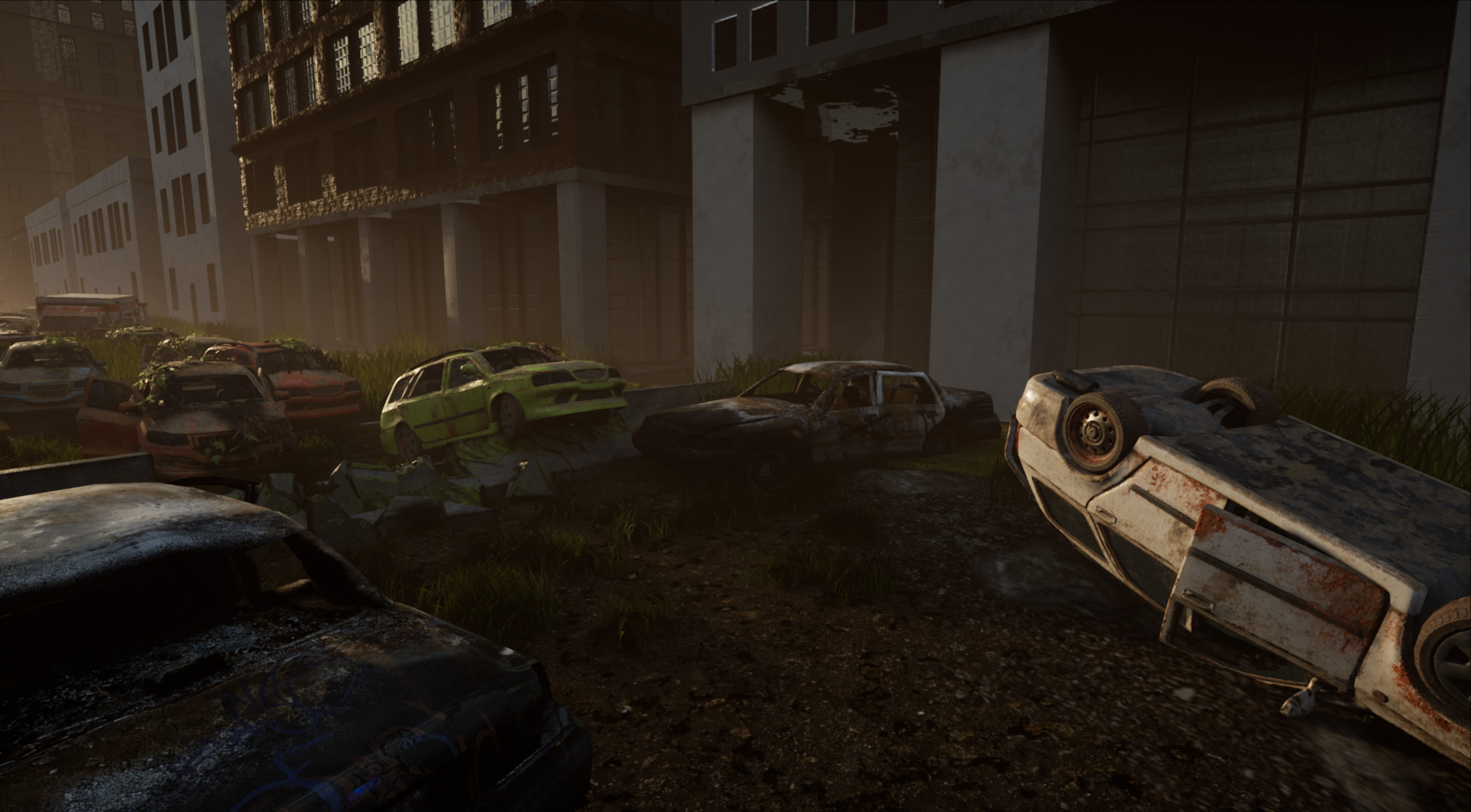 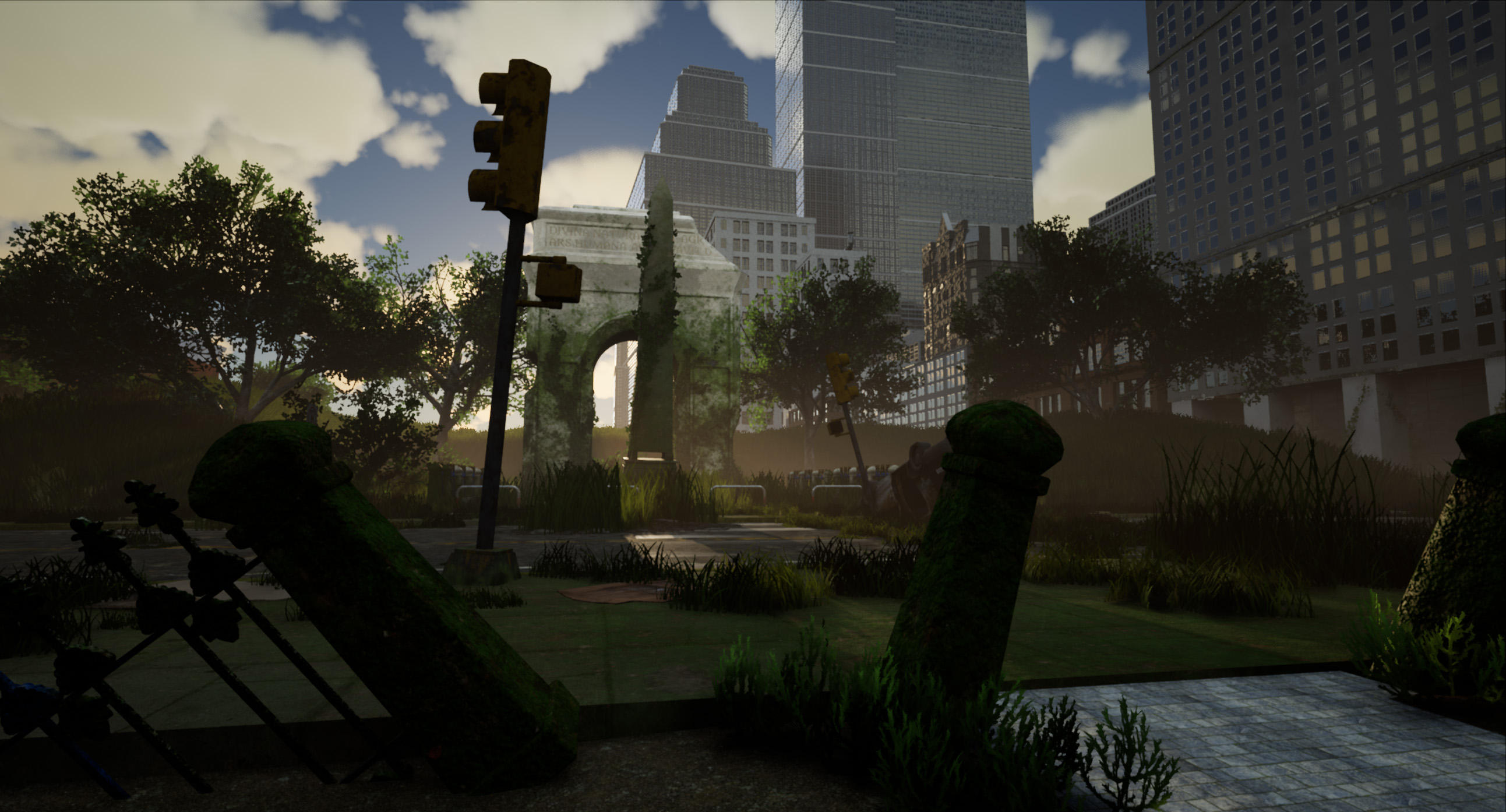 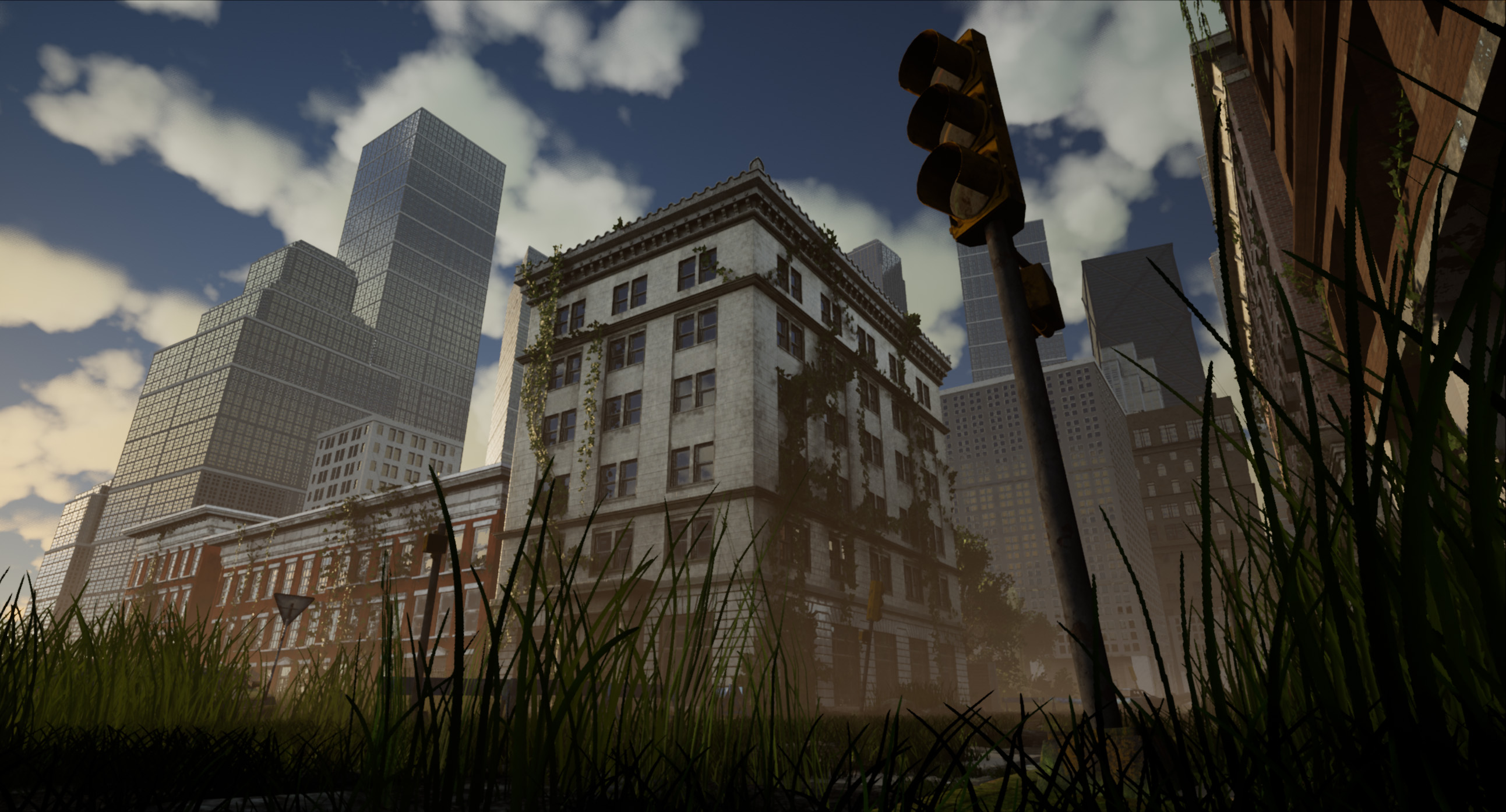 What did you learn about conveying emotions with lighting, sound and cinematography?

When creating the lighting, I understood many things that have to be taken into consideration when you want to convey specific emotions. It was the first time I dealt with lighting and you can surely find small, if not large, gaps that I started to analyse immediately and look for other solutions that could improve the trailer. I have understood the relationship between light and darkness more clearly and its influence on people, for example, light makes us happy, relaxed and calm, that is familiar to us. At the same time, darkness makes us uneasy, and people are generally afraid of the dark. There are a few things you need to pay attention to when setting up the lighting. At the very beginning, you need to determine the atmosphere, the mood of your work. In my case, it was supposed to be tension, anxiety, sometimes fear. So we can already conclude that at times, the light will be very limited and sometimes there will be no light. The colour of the light, its direction, contrast, brightness, etc. must also be taken into consideration. There are many articles and books on this topic which I recommend to reach.

What have I learned about sound? Hmm... for example, that when you watch this trailer without the sound on, you wouldn’t feel the increasing tension, because the music that has been used all the time increases in tempo and builds a kind of tension. Also, sound effects, such as footsteps or flashing lights, affect the perception of this work. Without such small details, it would seem empty and simply boring. To sum up, the use of sounds, but also not just any, appropriate sounds may increase the immersion and make the viewer curious, but that is only my opinion.

Showing emotions through the elements of cinematography was in a way a challenge, mainly because I had no previous experience as a filmmaker or photographer. What have I learned? Hmm... I’m going to say a lot of things, from what lens lengths to use for a particular scene, what camera angles, what close-ups, what camera movements and so on. There are also many things that could be described here. And there is a lot that could be said about each of these three topics because each is interesting in its own way, and they are very extensive. 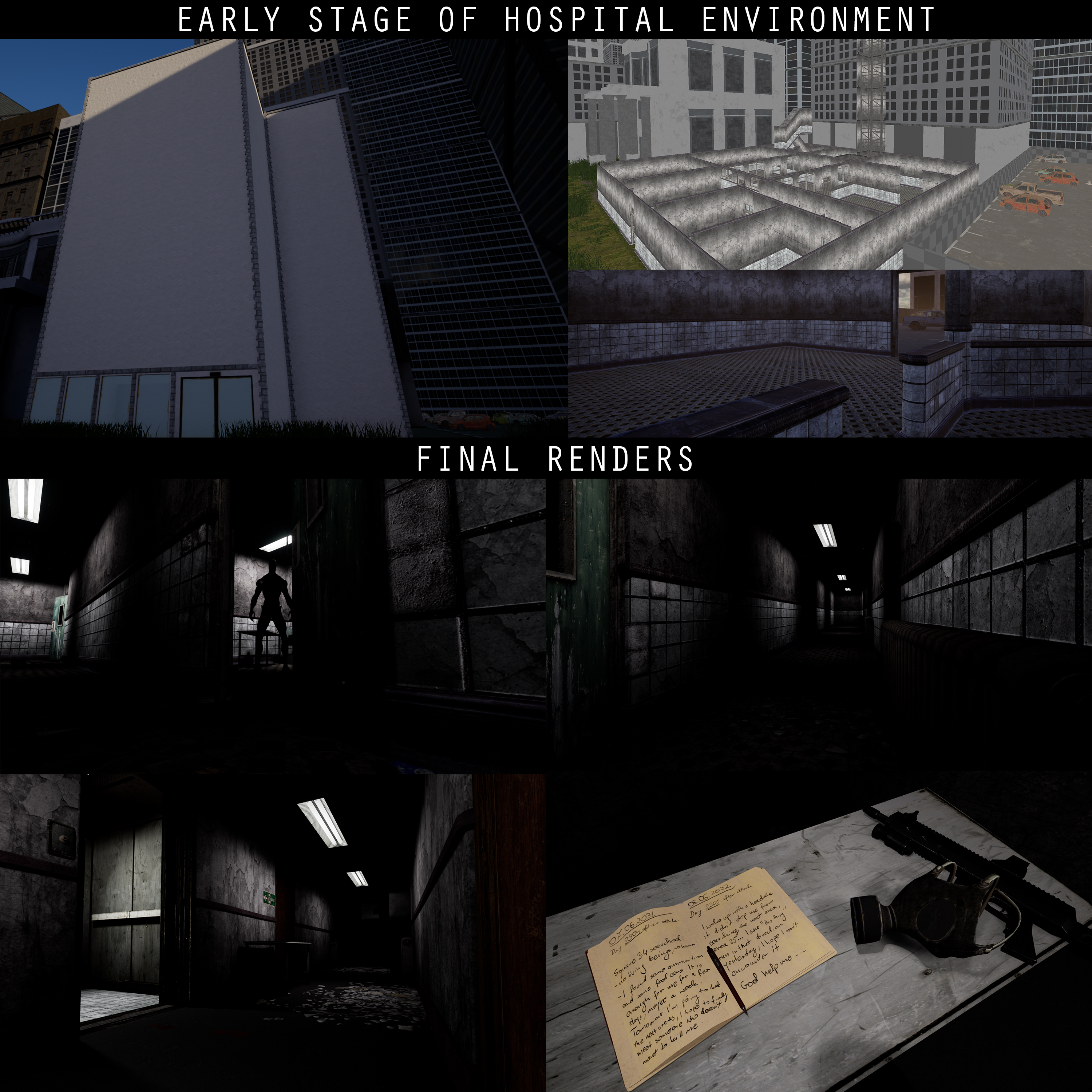 If you had to sum up your experience at SAE in one sentence what would you say?

Hmm... in just one sentence, right? One great, wonderful journey and a transformation from day one.

What are your career aspirations?

Over the next few weeks, I would like to work on my portfolio to have something to show, I would like it to look professional. As far as the next few years are concerned, I would like to work in a studio that makes videogames, so that I can learn from professionals in this field. For example, the Techland already mentioned, or what is my dream for years, CD Projekt Red, the creator of The Witcher or the upcoming Cyberpunk 2077. The biggest dream, however, is to have my own studio where, I hope, interesting and wonderful games will be created.

What advice would you give the current animation students?

The best advice I can give is to be hardworking and not to give up a single day; to do a little bit each day, even if it is only 20 minutes. And also the best and easy-to-remember advice from me is what someone once gave me: KEEP IT SIMPLE!