Jaroslav Beck is the Co-Founder and Head of Music at Beat Games studio, which is responsible for creating the popular virtual reality rhythm game, Beat Saber.

The studio will keep operating independently, and will become part of Oculus Studios in Prague, which is Facebook’s VR gaming group.

Jaroslav said: “I am happy that we can join the Oculus and Facebook team as we were working with them from early on and we share the same passion for our game and the VR. Now we can focus on both opportunities we haven’t time to focus on with our small team.”

The Beat Games team will operate the same way they have to date as an independent studio, and they’ll continue to work on Beat Saber across all currently supported platforms, but with even more support from Facebook.

Oculus Director of Content Mike Verdu said: “Beat Games is a strong team with proven potential across VR, games, and music. With the resources and know-how that we can offer, Beat Games will be able to accelerate, adding more music and more exciting features to Beat Saber as well as bringing the game to more people.”

Jaroslav and the game developers, Jan Ilvasky and Vladimir Hrincar, also celebrated winning the ‘Immersive Reality Game of the Year’ award at the D.I.C.E. awards in February 2019. 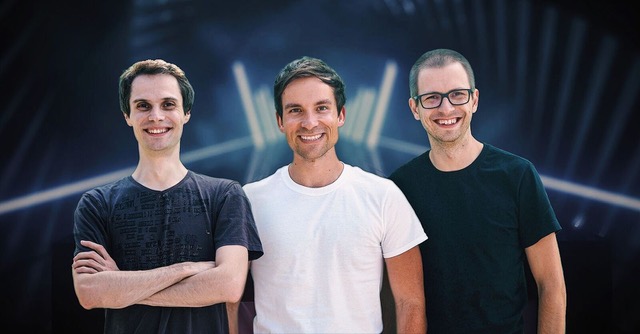 Jaroslav, who completed his Audio Production degree at SAE Oxford in 2014, said: “The games industry is definitely the right industry to be in at the moment. The potential is enormous and it will be growing. Don't be scared and don’t take no for an answer - see it as a starting point of the negotiation.”

SAE Institute UK Managing Director and General Manager, Steffan Davies, said: “SAE is incredibly excited that Jaroslav and his team have been given this excellent opportunity, and we recognise that the Facebook acquisition is the cherry on top of an already tremendously successful year for the indie studio. Huge congratulations from everyone here at SAE, it’s always nice to see our graduates doing so well.”