According to figures released by the Entertainment Retailers Association, video was the fastest growing entertainment sector in the UK in 2019.

While overall entertainment expenditure grew by 2.4%, spending on video was 9.5%. This growth was propelled by digital and streaming growth, with consumers choosing to download films from Amazon, Apple and Sky Store, whilst often also using streaming services such as Netflix, Amazon Prime and NowTV.

Just like the music industry, physical revenues for film saw a decline in 2019. But it’s not all bad news; although in cash terms, Britons spent £147 million less on physical video formats in 2019 compared to the year before, overall they spent £373 million more on digital and subscription services. 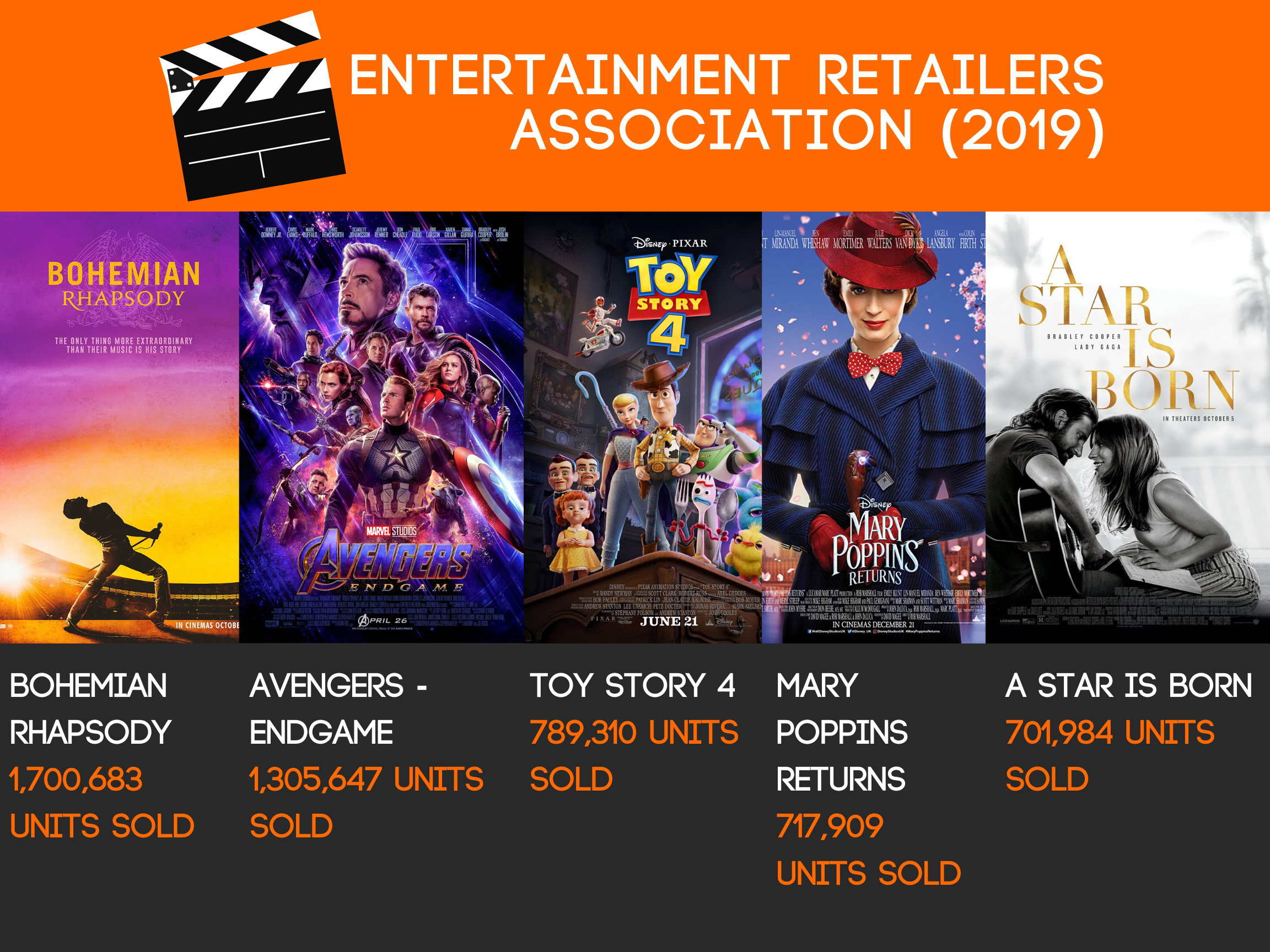 The most popular video of 2019 was the Queen biopic, Bohemian Rhapsody, which sold 1.7 million copies (over two thirds - 67.2% - of these were on physical formats).

The top five best-selling included two productions shot at least in part in the UK; Avengers Endgame, which sold 1.3 million copies, and filmed some of the scenes in St Abb’s in Scotland and Mary Poppins Returns, which sold nearly 718,000 copies, and was filmed in London's Shepperton Studios as well as on location in and around the city.

The tenth best selling film of 2019 was Fantastic Beasts: The Crimes of Grindelwald, which sold nearly 592,000 copies and was filmed around London, with locations in Highgate and Lambeth, and around St Paul's Cathedral (with scenes from the first film, Fantastic Beasts and Where to Find Them shot in various locations around Liverpool). 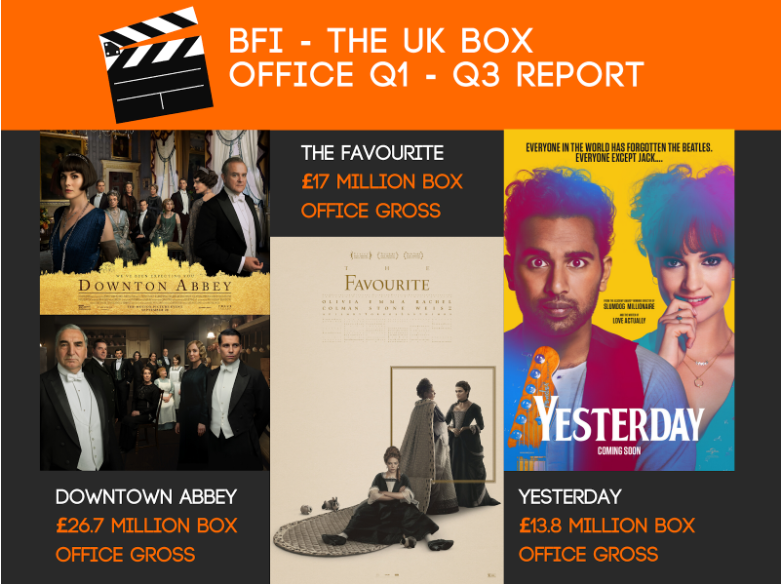 According to figures from the BFI, the market share of independent UK films was 15% in Q1-Q3 2019, the highest share since records began and up from 12% for the same period in 2018. Three of the top twenty grossing films in the same period, Downtown Abbey, The Favourite and Yesterday were all independent productions.

Carl Copeland, the Digital Film Production Programme Coordinator at SAE Liverpool, said: “I feel it's great news that Independent cinema has seen growth. Cinema generally is populated by high concept cinema, however, it shows that if strong independent films are backed they have they scope to perform well at the box office and home video. Unsurprising is the significant growth in digital streaming and this is having a knock-on effect with cinema. For example yesterday: Netflix gained 24 Oscar nominations which highlights new trends in cinema in which the consumer is gearing to the home cinema platform. Moreover, it shows studios such as Netflix are willing to back filmmakers with investment and cinematic distribution e.g. The Irishman and Uncut Gems have cinematic runs prior to the Netflix release date.”

These figures about thriving independent cinema combine with UK Blockbuster success stories to suggest that there’s never been a better time to choose to study Digital Film Production at SAE.