A song that was written and recorded by SAE Glasgow Film graduate Alasdair Iain Ferguson was performed by the Sounds International choir at their annual charity Christmas concert in Netherlee Church.

The song, titled ‘Walk This Way Again’, was the only original song to be performed on the night, with the rest of the setlist consisting of carols and well-known pop songs.

Alasdair played piano in front of the 80-piece choir as they sang his song, with the Audio from the evening recorded by current SAE student, John McAdie.

Walk this way again from Alasdair Ferguson on Vimeo.

The track was originally recorded as the soundtrack to Alasdair’s Major Project, a short poetic film about his neighbourhood called Southside Story. Alasdair said: “This was basically a day in the life of the area, starting from the early morning commute by train, bus and car etc through to people enjoying evening drinks and dining. Along the way we see wildlife in the parks, people working in cake and craft shops, hairdressers, sporting events and I was allowed to film inside a Christian church, a Muslim mosque and also Sikhs worshipping in an Indian temple. In the closing shots of the movie I got several photographs of the southside from many years ago. I stood in the exact position where these photographs were taken and when it came to editing, I dissolved the old photographs into the new footage. It was actually quite moving to see the people of yesteryear walking in the same places I'd filmed present-day residents.”

It was this moment that inspired the song. Alasdair said: “Lyrically the song is saying that even when people are no longer with us, if they have passed away, we still carry their memories with us. Maybe we'll hear a song or visit somewhere where that person liked to visit and we'll think of them. As the chorus goes: 'We will meet again my friend, if I walk this way again.'” 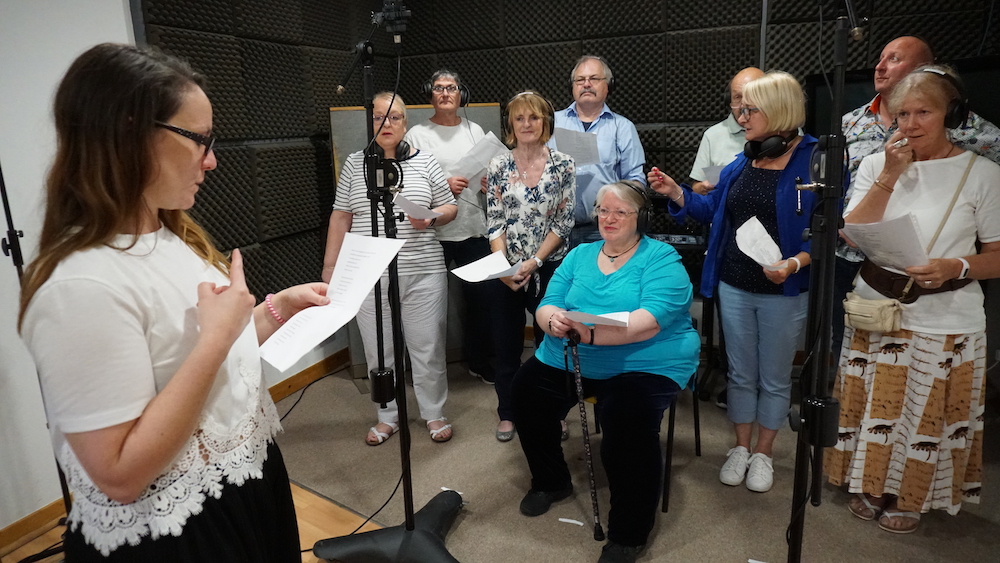 Alasdair wrote the song on piano, in his home recording studio. He used Cubase to record the backing tracks, as well as Omnisphere, which he had recently bought, using strings, pianos, bass and drums. He downloaded all the backing tracks as WAVs and sent them to SAE Audio student Jen Anderson, who began mixing.

Alasdair’s friend Jeffrey has been in the Sounds International choir for years, and so he contacted him to see if the group would be interested in recording the track.

Although the choir has about 80 members, they decided that about a dozen people would be plenty to record the track.

Alasdair booked the biggest studio at SAE Glasgow and got the choir in, along with lead singer Lauren C Moore, who he had worked with previously after collaborating with Audio student Greg Del Savio on a song for another film, You’re Going to Die Today.

Alasdair said: “We managed to record the vocals in about four hours and I was pleased with the results. My original plan was to have Lauren and the choir coming on at the end of my film Southside Story to sing the song. This was an idea which my ever-patient lecturer Dan was not too keen on, to say the least. He was quite right of course. It would mean that in a supposedly fly-on-the-wall documentary capturing impromptu moments in peoples’ lives, you suddenly had people singing to the camera and would be jarring. Instead I used an instrumental version of the song which slowly builds towards the end scenes of the old photos merging with the new footage. However, I did use the song over the closing credits and this worked well.” 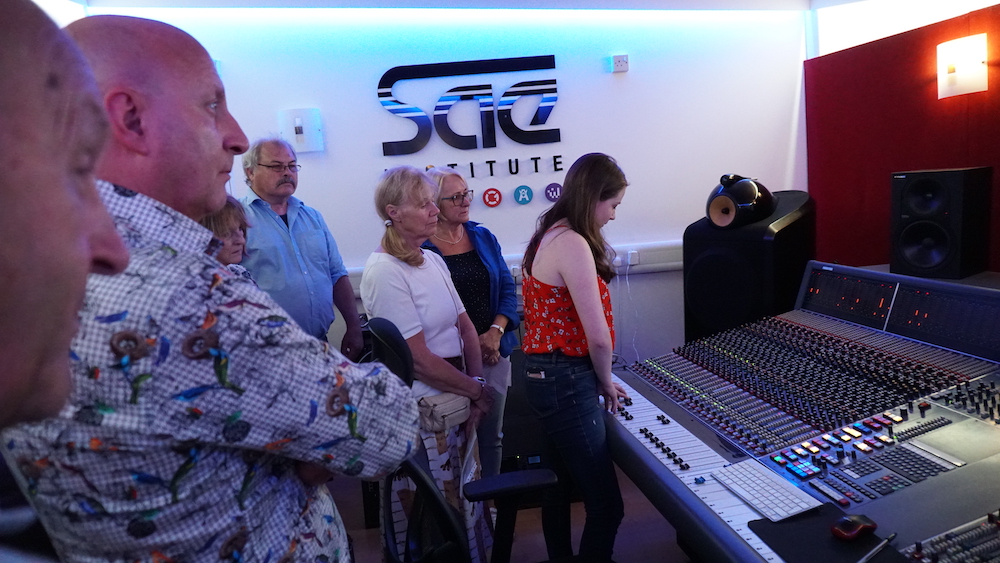 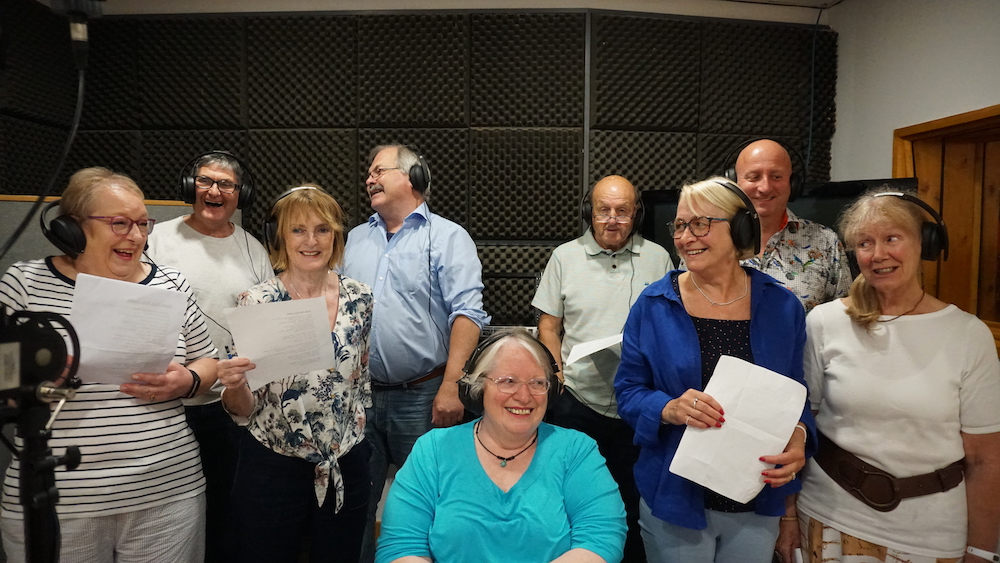 The choir then asked Alasdair if they could perform the song at their annual charity concert, and requested that he play piano on the night. He said: “The only slightly annoying thing on the evening was that I wasn't facing the choir as I was in rehearsals, so when we performed it before the audience arrived the timing was an issue as the choir couldn't see me to guide them.

The actual performance was much better. The song seemed to fit in with the pop songs and carols on the night. The lyrics about hope and realising how much someone means to you seemed to be very much in the Christmas spirit. I have written another song, which I am hoping to record with the choir in the future.”

Not satisfied with merely exercising his creative faculties by creating films and songwriting, Alasdair has caught the acting bug. He has starred in around 30 films - a couple of which have been shown in the cinema - four plays and several music videos. He recently landed the starring role in a new play which will be going on tour later this year.

More news about this project to follow - but in the meantime check out Ghosts of Burgundy Grove, which Alasdair scored and wrote the script for, and watch It Takes Two Seconds To Share and Beautiful Distraction, which he wrote/directed/did the score for.