SAE UK had three major student and alumni successes at the SAE Awards, which were held virtually on 18 June given the ongoing situation with Coronavirus.

SAE Glasgow student Ross McIntosh (@rdjm_art) won the award for Best Game Art Project for his dinosaur cinematic, Isla Nebula. The project was also selected by Epic Games (the makers of Fortnite) to be part of their Spring 2020 Unreal Engine Student Showcase earlier this year.

Ross said: "I am very grateful to receive this year's SAE Award in the Game Art category. It's very encouraging to have my work recognised on such a platform alongside all these amazing projects from other students and alumni. I would like to thank my lecturer Martin Woodburn and all my classmates for being super supportive throughout the project. All the positive feedback Isla Nublar has really motivated me to create even better work in future."

SAE Glasgow’s Programme Coordinator for Game Art Animation, Martin Woodburn, said: “It's great that the standard of Ross's work has been recognised by the SAE Alumni Award judges, as well as Epic Games. The animation in question was the result of a lot of hard work and was a fine example of the high level students can achieve through dedication, exploration and problem-solving. Ross has demonstrated an aptitude beyond his level of study and It will be really interesting to watch his progression to the latter stages of the course, and into the industry."

Two other success stories came in the form of nominations for two SAE UK alumni. While they didn’t take home their respective awards, their work was highlighted as standout examples of creative talent from SAE’s alumni community of over 15,000 members - and so they should be extremely proud of their achievement! 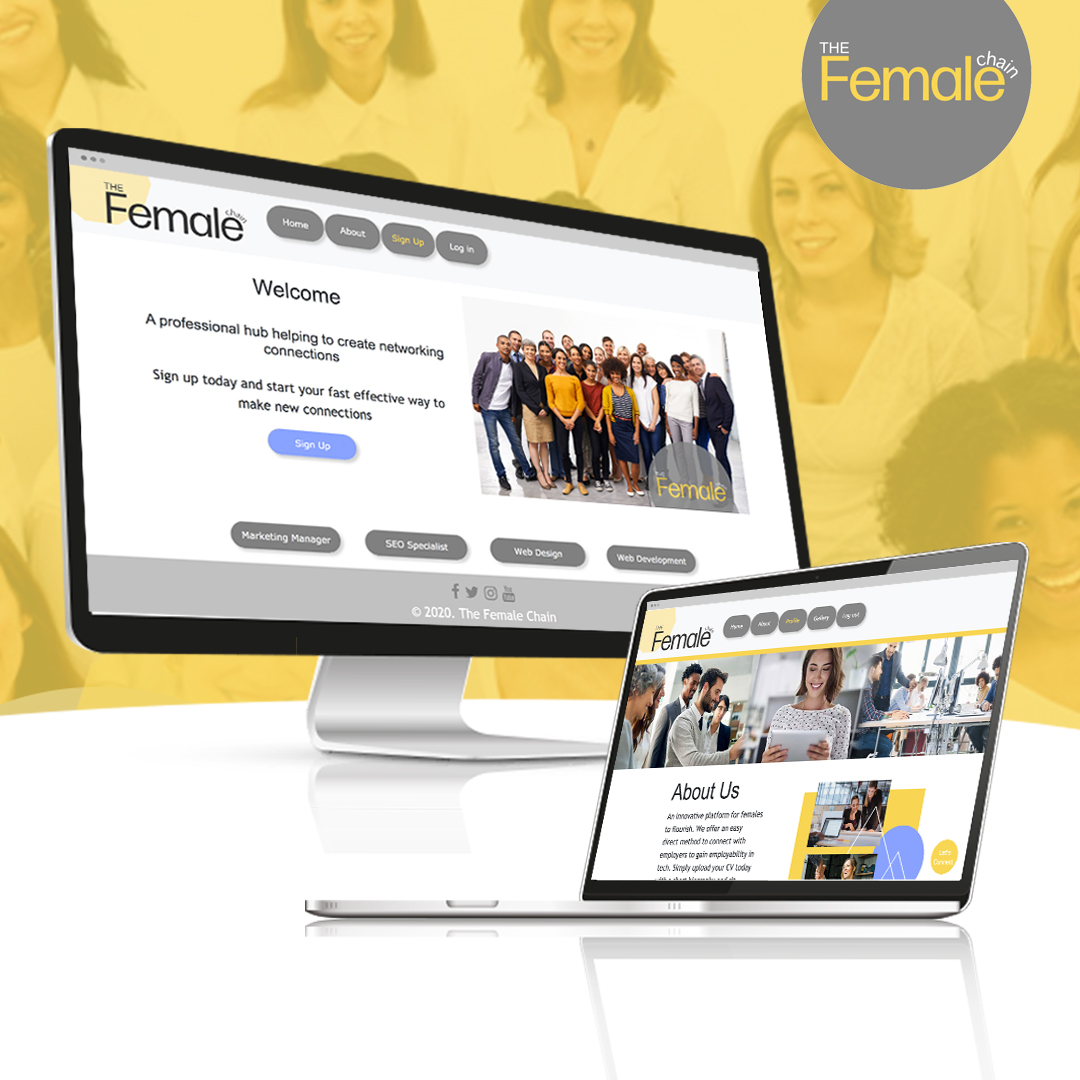 SAE Liverpool Web Development alumna Stephanie McLeod Stephanie was nominated for Best Online Project for the project ‘The Female Chain’, which is a platform aiming to connect females in the technology sector.

Stephanie said: "I am truly honoured to have been nominated for the Best Online Project. This is a huge privilege to me and would have not been possible without help and support from the staff at SAE Liverpool. This project has enabled me to recognize the hard work I have undertaken and it helps me to take part in similar innovative projects as well as boosted my confidence so thank you SAE."

SAE Liverpool’s Programme Coordinator for Web Development and Game Art Animation, Firdaus Khalid, said: “It is a proud moment for us as educators to see Stephanie being nominated for Best Online Production in the SAE Awards. Her achievement is all because of her own hard work and dedication when she was studying on the Web Development course at SAE Liverpool, under the tutelage of her Major Project Supervisor, Zahra Muhsin. This marks a huge boost to her professional career as well as to her own portfolio, and I know that she will continue to make a name for herself, and here at SAE we will continue to give our support to her future! Good job Stephanie!”

Stephanie’s Web Lecturer Zahra Muhsin said: “I am extremely delighted that Stephanie has been nominated for the Best Online Production in the SAE Awards. I would like to congratulate her on this achievement and to thank SAE Liverpool for their encouragement and continuous support for this project. Stephanie relished the challenge and worked hard on this project and has finally been given the credit in this well-deserved nomination. I hope she feels proud and confident in her ability to rise to her next challenge, and I look forward to hearing more of her success stories in the future.”

Stephanie’s project was nominated alongside Tom & Kim Henneken from SAE Frankfurt who created the SAE Convention App, and Kira Cesnik and Niklas Horn from SAE Cologne who made ‘CreativeMed’.

SAE Oxford Campus Director Richard Peirson said: “It’s great to see SAE Oxford graduates being recognised for their talent - I have no doubt that we’ll be seeing a lot more nominations and wins in the future.”

We are extremely proud of all the students and alumni who entered the SAE Alumni Awards, and know that this is just the beginning of their impressive careers.