The concert was that of Joanna Eden, who has performed her jazz influenced original music all over the world and supported world-class artists including Jamie Cullum, the Buena Vista Social Club, Ronan Keating and the Blockheads.

Alfie said: “Vedesh and Andrea were involved in all aspects of the event, from helping set up microphones and running cables, sound checking and then engineering the event. The challenge part of this event is that Joanna played two gigs with two completely different styles of music, on the same evening. This made it very challenging for the students as they had to set up for the event with two different styles of music in mind with no time in the interval to change any microphones or positions. It also  made the engineering of the event more challenging as they had ample time to set up a wonderful sound for the 1st act which was latin american music, and quickly had to change it all over to be a Jazz standard sound.”

The students enjoyed the opportunity to put the skills they have learned at SAE into action. 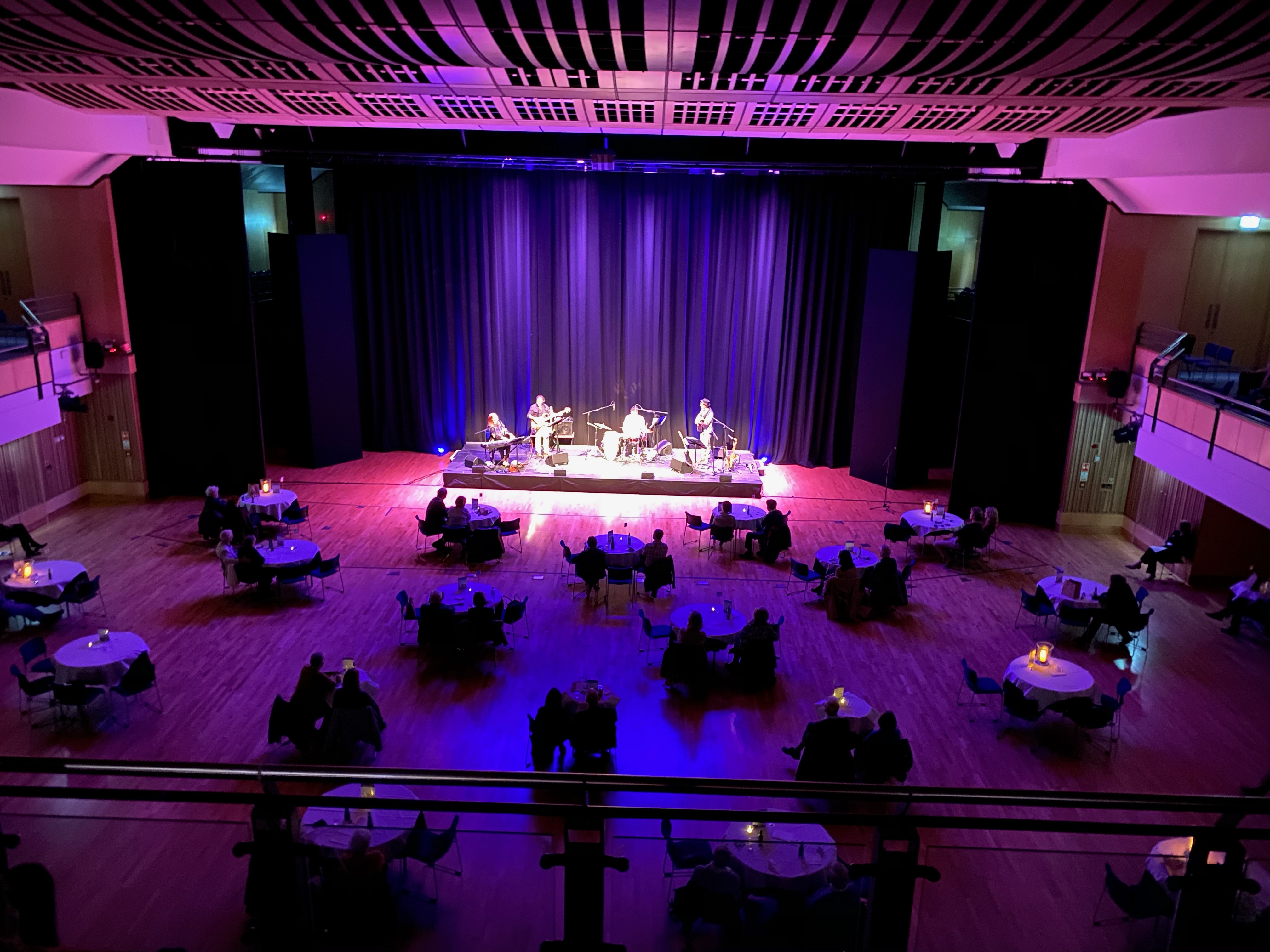 Andrea Giannelli said: “My experience at Saffron Hall was just amazing. I am so grateful just to even learn from Alfie, and him allowing me to assist at Saffron Hall was an incredible bonus. I was initially under the impression that I would mostly just shadow and observe him at the show, then soon realised how hands-on it was. We first planned out the show at his studio, before even setting foot in Saffron Hall. This included floor plans, microphone choices and familiarizing ourselves with the musician's names. At the concert hall, Alfie got me to help out with tons of the set up prior to showtime, which helped me understand the pressure of time management and the importance of efficiency. I was also given the opportunity to run the mix for a portion of the concert. It was great being able to put all the training I had done in class into the real world.”

Vedesh Sai Bhootooa said: “Despite this pandemic, I had an extraordinary opportunity to work with Alfie in Saffron Hall for the Concert of Joanna Eden. This was a real life experience which I will definitely cherish my whole life. Being a student at SAE has not given me only the theoretical knowledge about Live Sound but also the practical side of the latter. I had the chance to set up the whole stage for the concert, to assist the band on stage as well as to mic for the band live. This was a great experience, especially working under real life  pressure. I think the best experience is gained while doing the real work, there are so many little things in Live Sound that we don’t really think about. But while working there, I gained so much experience. This will be very useful to me in the future. Thanks to SAE for this wonderful opportunity.”

Instead of the usual tiered seating, Saffron Hall retraced the seats which left a large space at ground level for small tables and chairs to be set up. There were no more than 6 per table and the tables were spread out evenly among the space to allow for social distancing.