Over 300 people flocked to the old Bombed Out Church in Liverpool this week, for an eclectic evening of independent shorts produced by up-and-coming filmmakers.

SAE students and founders of Branchwork Media, Sam Birch and Andy Flush decided to host the film night, after scouting locations to premiere their own short Avaritia.

“We always knew we wanted a big screening for the film and originally looked at hiring a cinema out and inviting just friends and family, however, due to the religious thematic of the production, we felt a church would be incredibly suited. We got in touch with the Bombed Out Church, setting our hopes high and they loved the idea,” Sam explained.

However, the duo didn’t just want the iconic building all for themselves. 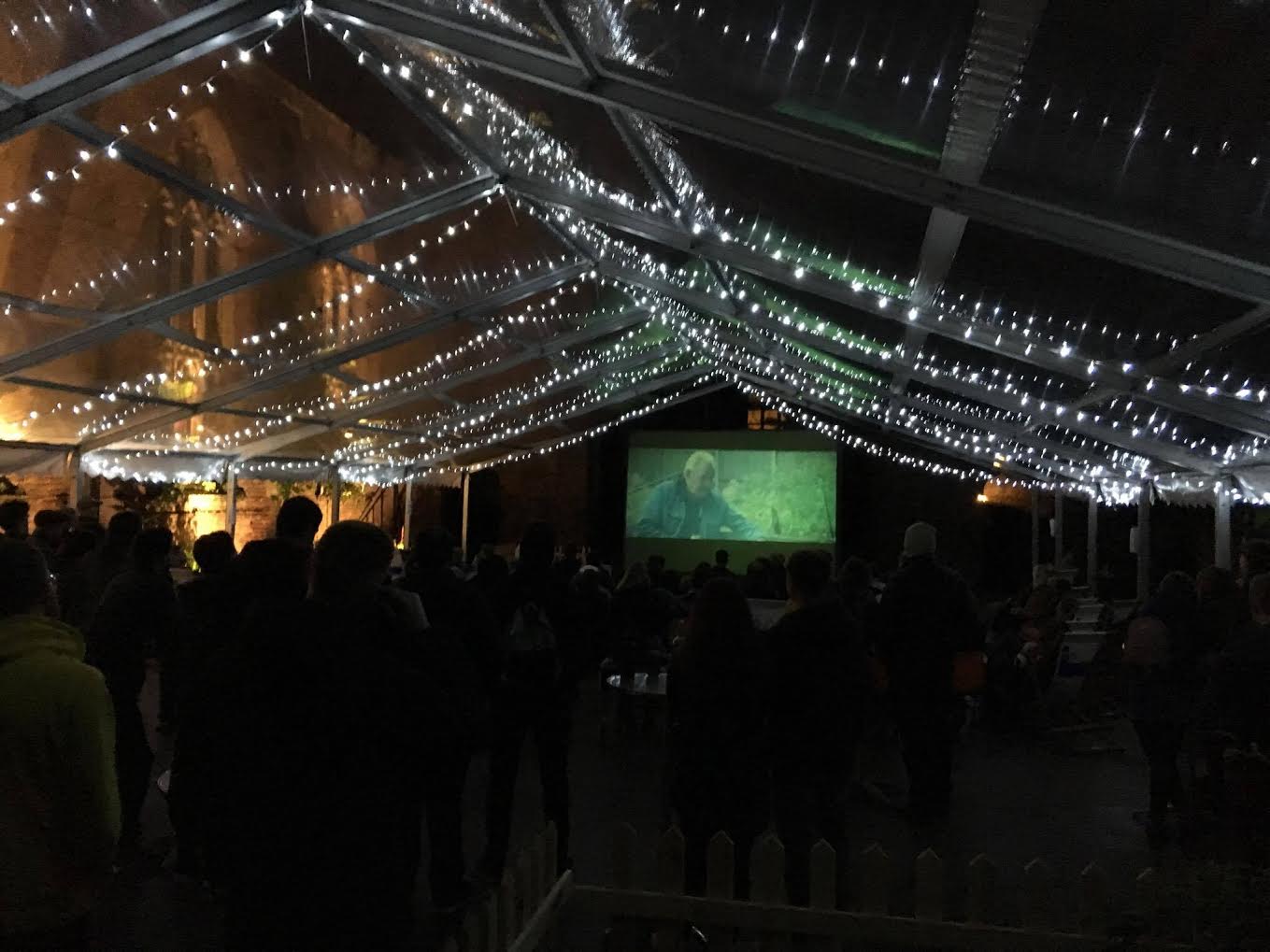 “Andy and I wanted to push the event to more than just our film, and celebrate Liverpool for the creative filmmaking city that it is. We’ve worked with many talented filmmakers in the last few years so wanted to showcase their work. We were overwhelmed with entries of films that wished to be screened and we selected a handful that we thought deserved a screening in the fantastic venue.”

SAE student Anthony McNelly and film lecturer Carl Copeland had their own shorts aired at the festival, along with a string of other local productions.

It was the first event held by Branchwork Media, who are known for their high-quality creative and corporate content within the North West.

“Branchwork Media was established as Andy and I began to produce more and more content outside of our studies. The films we produce ranged from short adverts and promotional videos through to short films and music videos.”

Now Branchwork Media can add event management to their portfolio, as they look to create more opportunities to bring the local community together.

“We wanted the evening to be a huge celebration, not just for us but for all the filmmakers in Liverpool finding passion in what the love.”

You can see more of Sam and Andy's work by checking out Branchwork Media's 2017 showreel: