We caught up with Liam to find out a bit more about what he has been up to since he graduated, and to see what words of wisdom he has for current students looking to follow in his footsteps.

What jobs did you do before landing your current position with Rebellion?

Before Rebellion I was a sound mixer/technical assistant for a media company in London which focused on live streaming events and interviews for businesses, while also freelancing as a sound designer and boom operator for short documentaries and dramas.

I also got some work experience just after leaving SAE with the sound department on Emmerdale in Leeds. Before that I managed to get some other sound experience at Strongroom's live venue in Hackney, and Sky Poker's live show at their studios. So another reason to say yes to as much as you can, as it all adds up!

Could you tell us a bit about your day to day duties in your current role?

I do sound design, Foley and voiceover recording/editing for AAA video games. I’m also a sound editor/recordist for video content, including documentaries, behind the scenes footage and online material.

What are some of your favourite AAA titles that you've worked on?

Strange Brigade was the first game I got involved in which was really exciting as it was also my first real experience of doing sound design for games! It's an Egyptian mummy shoot-em-up set in the British Empire days so it was fun to do sound design for a game with such a specific style and period.

We released a remastered version of Rebellion's classic game Sniper Elite V2 and I was tasked with creating new pickup sounds for all the weapons/items in the game as well as doing sound design/mixing for the teaser & launch trailers. The Sniper games are our biggest franchise so it was great to be involved and start learning about the world and creating better WW2 game sounds!

I am currently working on two upcoming games Zombie Army 4 and Evil Genius 2, which were announced at E3 this summer (which was a bit surreal in all honesty!). Both games I'm getting more involved in than ever before so it's a fun challenge juggling two games with very different processes and styles.

How did your studies at SAE help you secure this role?

SAE provided great training in Audio post-production for Film/TV which led to me deciding to pursue it as a career. The course gave me general sound engineering skills in recording, editing and mixing. My lecturers gave me good contacts to gather work experience/graduate jobs.

Do you have any advice for SAE students who would want to follow in your footsteps?

Be resilient! It’s a very competitive industry so get involved in as many different and interesting projects you can as it all adds up on your CV and helps you be a better sound engineer in general. Don’t turn down anything if you can feasibly do it as there will always be something you can learn from.

What’s next for you?

I’m producing a radio fantasy drama in collaboration with a director/writer, while also getting stuck in with all things Audio related. We’re currently finishing off the pilot episode and launching later this year! 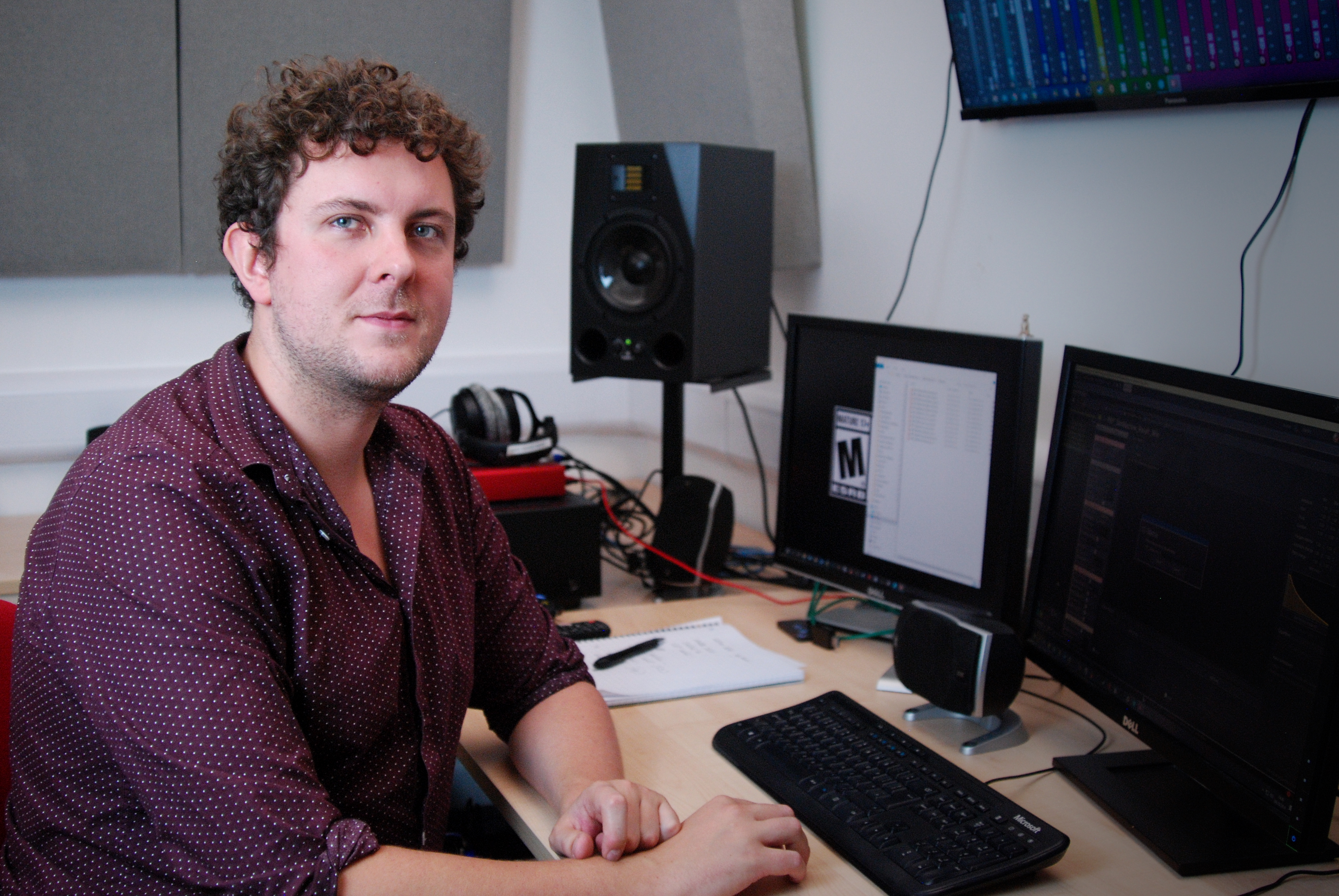 What is the premise of your radio fantasy drama?

I would say it's basically a grim Charles Dickens story with real human emotions, which also happens to be set in this steampunk fantasy world where people travel by airships! Basically it's set on a world where society, after abusing the planet for centuries, has had to build towered cities to escape a living jungle which has appeared & consumed most of the world. The pilot we've recorded focuses on two characters: a grizzled airship captain who gets himself caught in a sinister plot by the leaders of society and a young factory worker/con woman who gets caught up as well, but at a more street level!

What platforms will the drama be released on?

TBC currently - the priority right now is to create a really exciting story and soundscape so people listening to it are intrigued and want to hear more!

We certainly want to hear more - watch this space for news about the radio drama.