Released on 4 March 2000 in Japan, with the UK getting its hands on the device on 24 November 2000, the PS2 went up against Sega’s Dreamcast, which had a year headstart on the market. The company’s long-term competitors, the original Xbox and the Nintendo Gamecube, would launch in 2001 but never out-sell the PS2.

SAE UK Digital and Graphic Designer, Ashley Smith, who had all four devices at the time, said: “My main decision when buying a console is the exclusive games that come with it. I was extremely loyal to Nintendo when I was younger but I jumped to the Dreamcast when it was released. I wanted a slightly more ‘grown up’ console and the promised power and graphical ability blew my mind at the time. This potential fed into exclusive games such as the arcade port of Crazy Taxi as well as Jet Set Radio and Shenmue 1 and 2. Unfortunately the Dreamcast was incredibly short-lived and in many ways a bit ahead of its time, with a technically advanced but uncomfortable controller.

"I moved onto the hefty XBOX which weighed a ton and had a controller that barely fit in my hands, but I was excited to play games such as Halo, Ninja Gaiden and Jade Empire. When that generation of consoles ended and everyone moved onto the new XBOX 360, PS3 and Wii. I bought a Gamecube and PS2 for cheap to mop up the exclusives I was unable to play. I discovered the Gamecube still had Nintendo’s quality first-party titles. Games such as Zelda: The Wind Waker, Mario Sunshine and Mario Kart Double Dash inspire an incredibly loyal fanbase, which have helped Nintendo survive for so long - it also had a great controller. Games for the PS2 were a lot more grown-up. God of War 1 & 2, Metal Gear Solid 3 (which for me is the best in the series) as well as ICO and Shadow of the Colossus all appealed to the more mature part of me. After owning an XBOX 360, I now own a PS4, this decision is still based on the choice of exclusive titles available, such as Uncharted 4, The Last of Us and Horizon Zero Dawn. It’s also great to continue playing some of the series I was first introduced to on the PS2 such as the incredible God of War and the remastered Shadow of the Colossus.”

The PS2 was revolutionary in that it gave people a DVD player and a games system at the same time, and this two-for-the-price-of-one function coupled with its retail price made it a more accessible device for many households, opening up a new market of people who perhaps would not have considered themselves gamers before. It is this functionality which saw the PS2 move from out of peoples’ bedrooms to under the living room TV.

The device also had backward compatibility with the original PlayStation, making many gamers feel like they were getting more value for money. Jack Tretton who was heading up SCE US at the time told GamesIndustry.biz: "Backward compatibility meant people didn't feel like that the investment they'd made in the previous five years was completely abandoned and they had to dig into their pockets again to stay on top of where the games industry was headed."

SAE Glasgow Game Art Animation Programme Coordinator Martin Woodburn said: “You could say the PS2 was an evolutionary rather than revolutionary console, and took gaming to another level, with cinematic open-world games like GTA 3 and Vice City, that were as much about exploration as following a narrative. It also evolved interactive experiences using accessories, like Guitar Hero or SingStar, which wasn't really a new concept, they were just really well designed and provided a great user experience. In this period of social distancing and isolation, it's interesting to look back at how they provided a great opportunity for groups of people to gather around a console, either to play Guitar Hero, or compete in football tournaments in Pro Evolution Soccer. That experience isn't really present now with Xbox Live or Playstation Plus taking gamers online, but at least that evolution allows people to play together in isolation.”

The PS2 was also marketed at a more mature audience than the original PlayStation, with Twin Peaks creator David Lynch being brought in to make a trailer for The Third Place by Sony Computer Entertainment (SCE).

20 years ago today the PlayStation 2 was born. They grow up so fast! *wipes tear*

What was the greatest PS2 game? pic.twitter.com/ZwoYivRQKg

For SAE staff, the device holds a lot of fond memories:

SAE Liverpool Game Art Animation and Web Development Programme Coordinator Firdaus Khalid said: “As I am one in 157.68 million people around the world who owned a PlayStation 2,  I always thought of it as the one game console that was responsible for bringing people together, and it made me feel like I was part of a community.  It gave myself or any player an easy topic of conversation - there was always flowing things to talk about the games we played. There was definitely a sense of togetherness whenever there was a two-player game! Even if I was just a spectator, it still felt like I was the one playing it. Games like Shadow of Colossus, Metal Gear Solid, Need For Speed: Underground, Resident Evil 4 and Grand Theft Auto: San Andreas are just some of the masterpieces that were produced for the PlayStation 2, and it had impacted what we play which was loved by millions, and impacted the industry heavily in a positive way because players will always demand sequels if your first game is a success.” 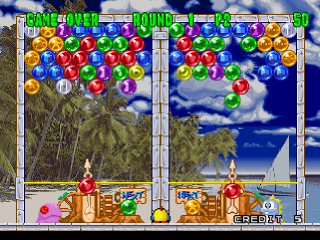 SAE Marketing and Communications Officer, Beth Kirkbride, said: “The PlayStation 2 was my introduction to gaming; I could spend hours at a time playing Bust-A-Move, whereas my sister loved SingStar Abba, my Dad played Doom when we were all tucked up in bed, and my brothers were much more inclined towards rally racing games such as F1 2001 and Gran Turismo 4. As a shared device in our household, it created a sense of collaborative play which I have fond memories of to this day; one of my proudest gaming achievements would come a few years later after my eldest brother had to ask me for help to complete the pod-racing level in Lego Star Wars for PC!”

SAE Oxford Student Recruitment Officer Patrick Greenberg said: “My parents refused to buy me a PlayStation 2, so I saved for months to be able to afford one. I have great memories playing until late into the evening/early morning with my friends, losing track of time. Burnout 3: Takedown was probably my favourite game to play and I remember it having a great soundtrack too. But I also spent a lot of time on SSX, Crash Nitro, Ratchet & Clank, Tony Hawks and FIFA to name only a few. They don’t make them like they used to!”