We recently caught up with SAE Oxford Film student James Thomas to find out about his Major Project, an animated short called Patchy.

What attracted you to the idea of creating an animated short for your Major Project?

Animation has been something I’ve had an interest in for the past several years. At College, I created my first ever animated short called ‘The Clouds’, followed by my second short ‘Flicker’. Both films were an absolute joy to make from start to finish and I knew then it was what I wanted to go into. This has lead me to creating an animated short film for my Major Project at SAE with new tools and the space to knuckle down and tell a really great story.

What inspired the story of ‘Patchy’ the penguin?

‘Patchy’ came into my head around the middle of my third trimester. I was experimenting with different characters and around the time, had gained a great love and interest for penguins. This progressed into the idea of a film based on one of these animals, as well as a film that focused on an important message and theme. It was here that I realized I wanted to take this penguin and give him something that made him unique, this being that one side of his face is a different color to the other, and thus, ‘Patchy’ was born. In terms of inspiration, I’m not quite sure where the idea came from. I think my interest in these animals and the way that they are very systematic creatures inspired me the most, the idea of what if, what if there was one penguin that was different to all the rest. That idea intrigued me a lot and I’m glad I pursued it.

What was your creative process, can you talk us through the different stages in the production process? What software did you use to create the project?

I started the production process by drawing concept designs for Patchy. I needed to see what he looked like to develop the story and characters. Once I was happy with his design, I began work on the script which went through multiple different drafts and rewrites until I was happy with the final version. Following this, I created a storyboard to give me a rough idea of how the narrative would flow visually, which once completed, meant I could begin work on the animation of the film. Blender was my chosen software for this animated short, which I’d highly recommend for anyone wanting to develop their own animated shorts!

I created the characters and sets within the software, and animated/edited the film at the same time, to make sure each shot, and sequence was flowing correctly. Once I was near the end of a finished draft of the film, I reached out to my score composer who created a brilliant soundtrack which really captured the themes of the film and the character of ‘Patchy’ as a whole. 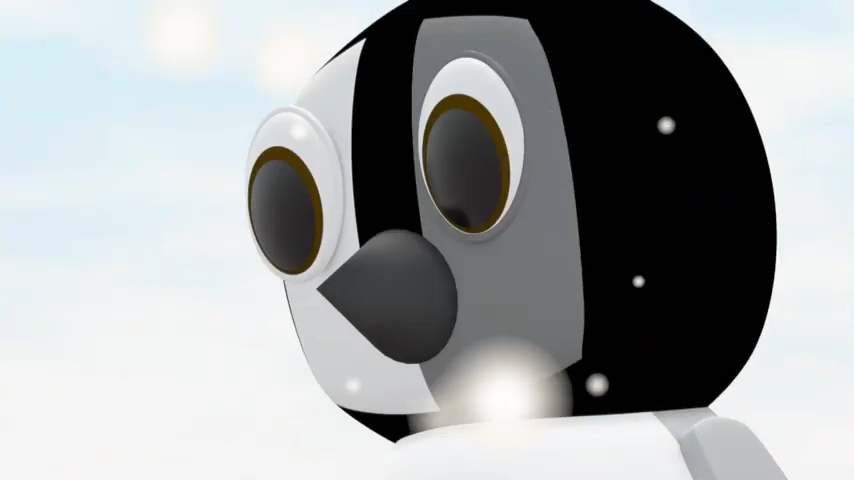 What were some of the challenges you encountered along the way and how did you overcome these?

The first challenge that I encountered was having to replace my whole computer just weeks before the project started. Having had it for 7 years at this point, Blender was not running too well and I knew that if I wanted to complete this film successfully, I was going to have to do something about it, and fast.

Searching everywhere, I eventually found a new computer that would run Blender and Adobe products with ease, but upon receiving the new machine, it decided to shut down every 5 – 10 minutes, meaning I had to quickly get a replacement before the project started! Once this was all cleared up, I was able to begin work which is where I encountered further issues. With creating simple effects such as snow, water, etc. I found myself struggling to make what I assumed would be such simple aspects to the film. Struggling to get these effects to a good standard, I had to watch multiple tutorials repeatedly until I got it right. This meant that a lot of time was wasted on just learning, however, I am incredibly happy that I took the time to do so.

How did this project draw on the knowledge that you have developed over the course of your last two years at SAE?

From my time at SAE, I developed many skills needed to progress and make better films in the future. Primarily, the skill that I have taken from the past two years and used on my final major project is networking and communication. This has allowed me to hire the correct people for aspects such as the score, as well as what services to use for things like sound effects. I would not have been able to do these things without the knowledge and skills I have developed over the past two years, which I am very thankful for.

A safe space where our passions can be explored.

Was the project impacted by COVID-19 in any way?

Not massively. The only thing that impacted the project was the inability to go and study the movements and characteristics of penguins in real life, but the necessary research was conducted to make up for this. As the project was going to be completed primarily from home either way, COVID-19 did not halt or take away anything from the production of the film, which is something I was very fortunate for.

What are your long term career goals after graduating?

My dream job would be to work for Disney/Pixar, specifically, directing. The company is where I have drawn all my inspiration for creating animated short films and to work for them one day would be a dream come true. Currently, I have submitted Patchy to two film festivals so far but aim to send it to more within the coming weeks. I’m hoping that it does well at these events, but until then, I will carry on creating more projects and developing my skills as I go.