On Wednesday 23 September ScreenTalk Oxfordshire hosted a virtual panel event ‘What next - is Animation the answer?’ in collaboration with SAE Oxford, who sponsored the event.

The event was hosted by David Marlow, who is a Live Action and Animation producer. Speaking on the expert panel was Animation Director Gary Andrews, SAE Oxford Animation lecturer Aidan Coughlan, Producer and Media Consultant Vanessa Chapman and He Sun, Head of VFX at Rebellion Studios.

The online event consisted of a series of presentations from the expert industry speakers, followed by a short Q&A segment broadcast live from SAE Oxford’s impressive green screen. The aim of the event was to investigate how animation can help answer some of the production dilemmas that have arisen from the Covid-19 pandemic. 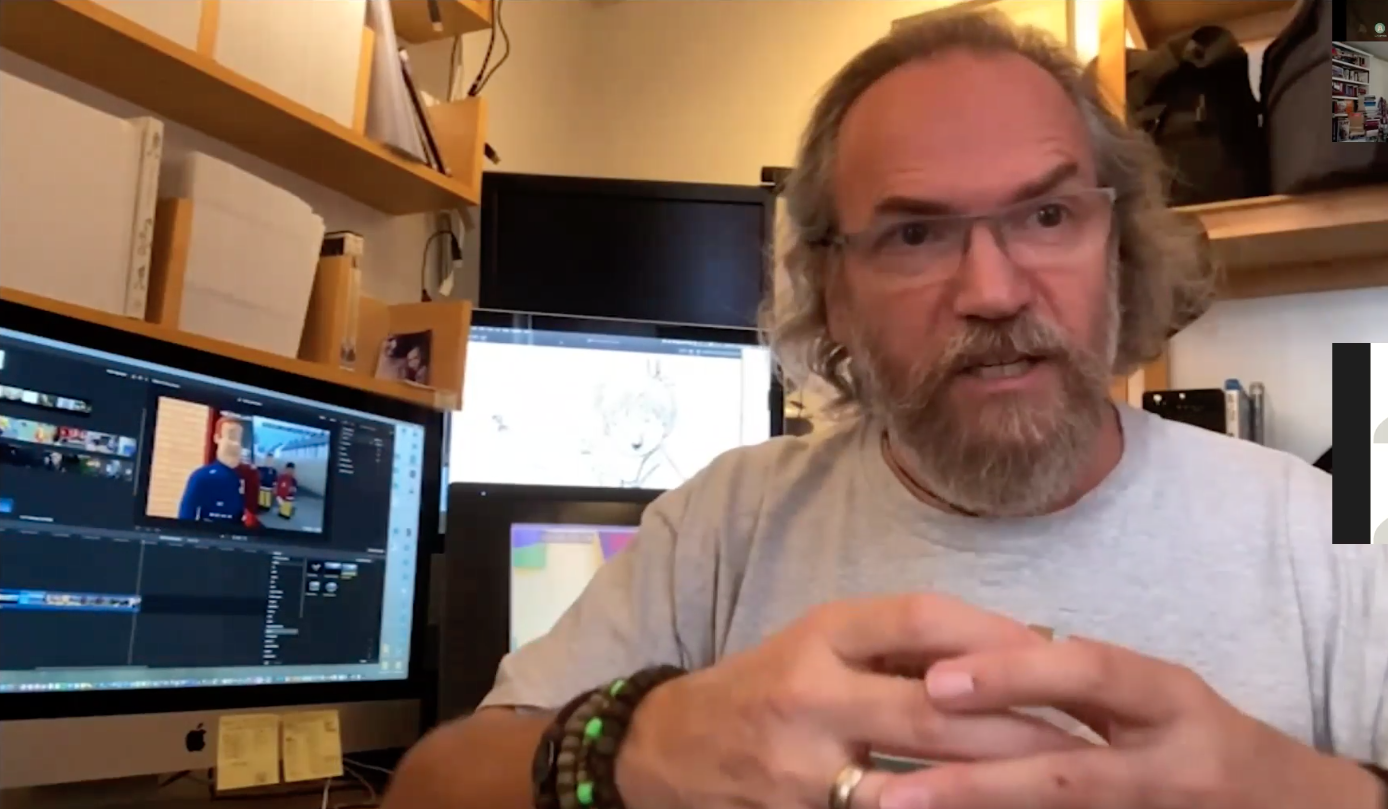 SAE Operations Manager and SAE Oxford Campus Director Richard Peirson said: “SAE was very excited to collaborate with ScreenTalk Oxfordshire on this event. As the panellists discussed, the Animation industry is thriving at the moment and so there’s really no better time to launch a career in this sector. It is great to see that one of our expert lecturers was able to sit alongside fellow industry professionals and talk about some of the new technologies being used to create entertainment. This is the kind of up-to-date industry experience you can expect from enrolling on a course at SAE Oxford.”

David Marlow the ScreenTalk Oxfordshire Host and Moderator for the evening said: “It was great working with Richard’s team from SAE on this on-line event. It went really well and we have some great feedback already. We are a Networking Group of professionals and semi-professionals from the screen-based media industry in Oxfordshire, run by volunteers. Usually we organise live events but under the current circumstances on-line was the only option. It was really good having the extra resources and technical support from SAE as well as their personnel working with us this time, adding to their much appreciated Sponsorship. We share Richard’s interest in bringing media trainees/students and active industry practitioners together and hope that this will be the first of regular collaborations.”

Gary Andrews is an Animation Director who has worked on the CG version of the Fireman Sam TV series and he recently completed work on a Horrid Henry animated special for Oxford-based Novel Entertainment. He has also directed live action, so was well placed to cover the distinction between live production and animation, using examples to show the differences in terms of storyboarding criteria and application.

Next up was SAE Oxford’s Game Art Animation lecturer Aidan Coughlan who has worked in the industry for companies including Brown Bag Films, Treehouse Films, and WETA on productions such as Avatar. He talked about the main software used in the industry before doing a demonstration of the differences between offline rendering and real-time rendering using 3DS Max and Quixel Bridge and Unreal Engine respectively.

Vanesa Chapman provided an overview of the commercial landscape of the Animation industry, having herself produced and consulted on a range of projects. She said: “Animation is a rare positive in a world devastated by coronavirus.” She talked about how companies big and small have benefitted from changed working practices (remote working) - from 500-strong Mainframe in Canada (Reboot, Octonauts, Barbie’s Dreamhouse Adventures) to boutique operation Cloth Cat in Wales (Shane the Chef, Luo, Bao Bei). She talked about some of the opportunities presented by the growth of the streaming industry. Vanessa said: “There is evidence of trade investors and others having faith in UK animation for film and TV despite COVID-19 and Brexit.” 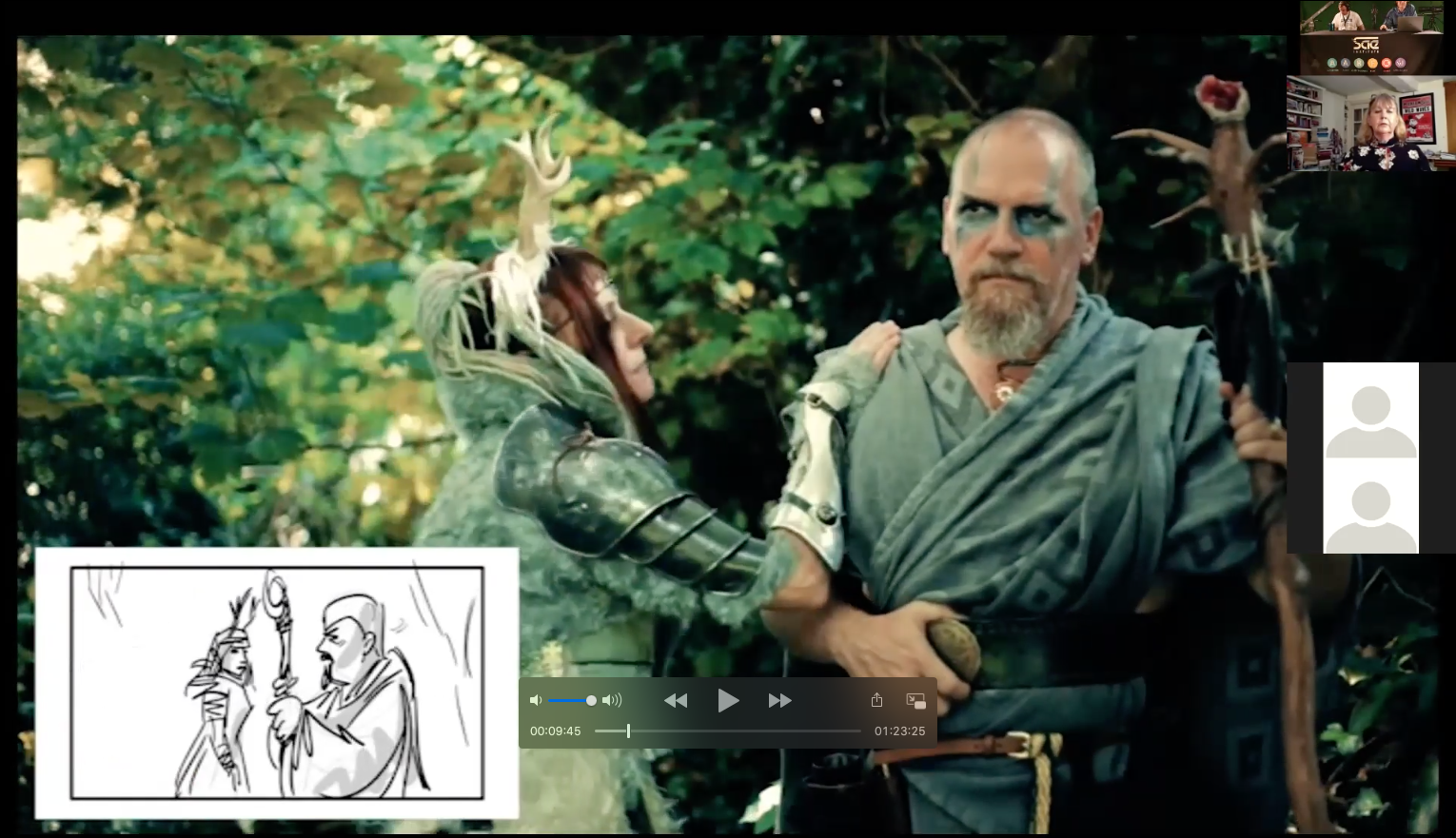 Then last but by no means least, the panel went live to He Sun who spoke about his shift from the games industry to the film industry. He talked about the differences between traditional environment art whereby you deal with a green screen so you have some part of the real set in the foreground and you do the set extension in CGI (in post-production). He contrasted this with new filmmaking techniques aka ‘virtual production’, used in The Mandalorian. This uses Unreal Engine technology to display a pre-designed set onto an LED backdrop. When the camera moves it has a camera moving tracking system which enables you to see the changes on the LED screen in real-time. This means actors can act better because they understand the environment rather than having to imagine it. Other benefits include the fact that you get natural lighting from the environment with the LED screen e.g. shiny armour would capture the reflections of the environment, saving time in post. You can also have a live-action background too on the LED backdrop. He said: “It shifts the balance from post-production to pre-production - it changes the mentality of making a film. If you plan it correctly then you can save costs because you make the time on set more efficient."

The Q&A portion of the event followed, with one attendee asking how they can get started in the industry. Vanessa said that “hard work and pestering people” is the main way to go, but she also recommended sites like Animation UK, and newcomer-friendly events such as the conference hosted by Children’s Media Foundation. She said: “Half of the media industry is about networking and having a little black book.” 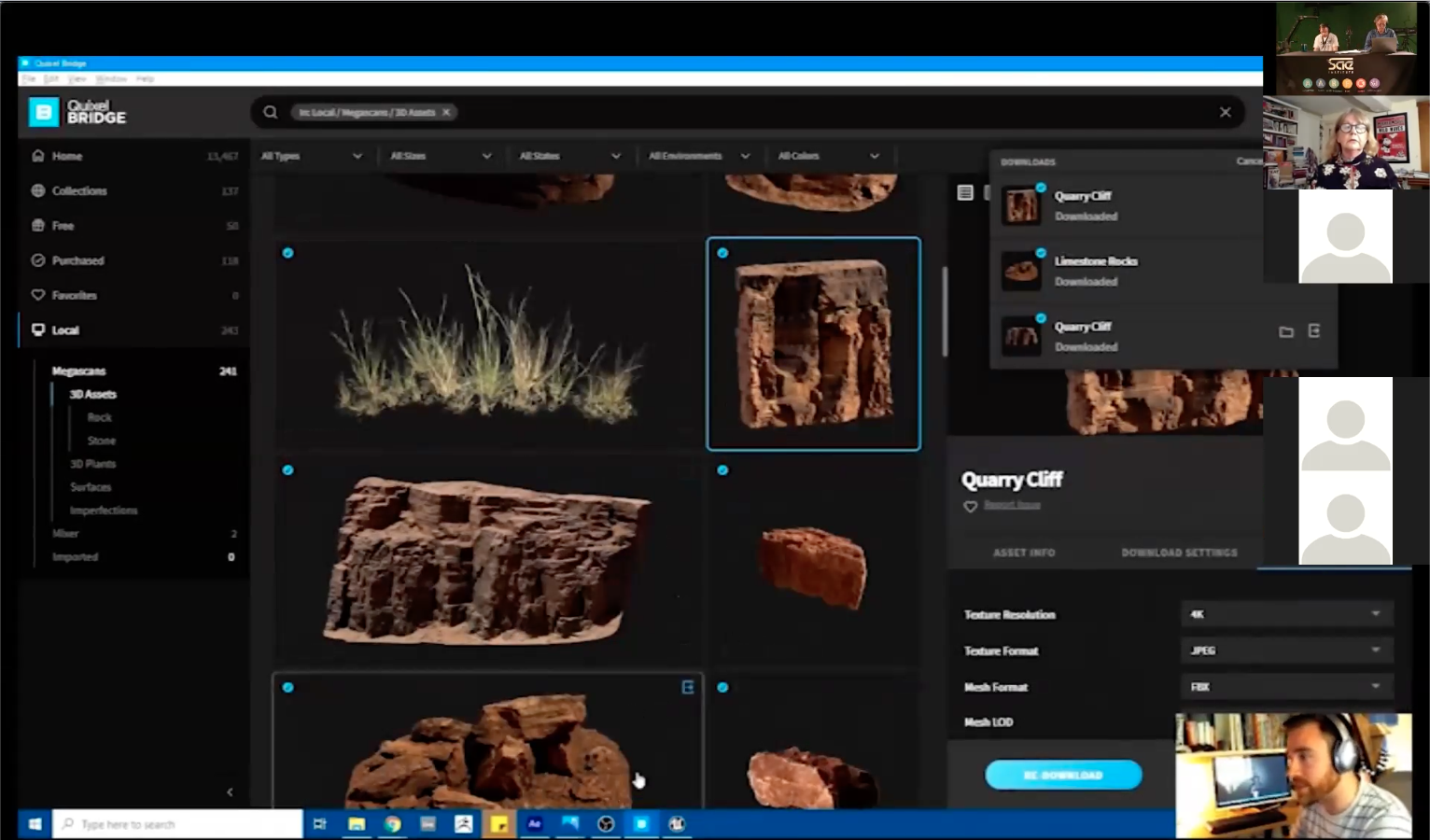 Asked whether writers for animation need to understand how to animate, the speakers were keen to stress it’s not essential at all. Gary said: “Having the ideas is the most important thing.”

Blender is a free piece of software similar to 3DS Max. One attendee asked if it's better to learn this. Aidan said that there are lots of options for 3D production, and people rely more heavily on the paid software as they are the programmes traditionally used in a production or videogame house. He Sun added that Rebellion are starting to look more at Blender as it becomes more prominent within the industry.

Finally, one attendee asked for some tips and advice for getting into game design and development. He Sun said: “Unreal Engine familiarity is important. You also want to look at 3DS Max, Maya or Blender, and then Substance Painter for texturing.”

If you’re interested in learning more about animation for video games, click here to learn more about SAE’s course.

A video from the talk will soon be made available on the ScreenTalk Oxfordshire website.