SAE London is excited to be hosting a 48hr Film Challenge event for students to participate in. The session ‘0’ briefing took place on 8 November, with production taking place across 15 - 17 November. The films the students make will eventually be screened at the Rio cinema, in Dalston.

Digital Film Production Programme Coordinator, Dino Jacovides, said: “The 48hr Film Challenge is a great way for Audio and Film students to collaborate, and provides an opportunity for students to apply their creative approach in a team whilst working to a tight real-time deadline."

Film students will work closely with Audio Production students to create an impressive short film within the short time window.

One of the requirements of the 48hr Film challenge is that students are given a certain prop, and a line of dialogue which has to be incorporated in their film - a mechanism which prevents the students working on their concept outside of the allocated 48 hour period.

At the session ‘0’ briefing students networked into groups and began pre-production after their inspiration packages were presented (and randomly drawn). 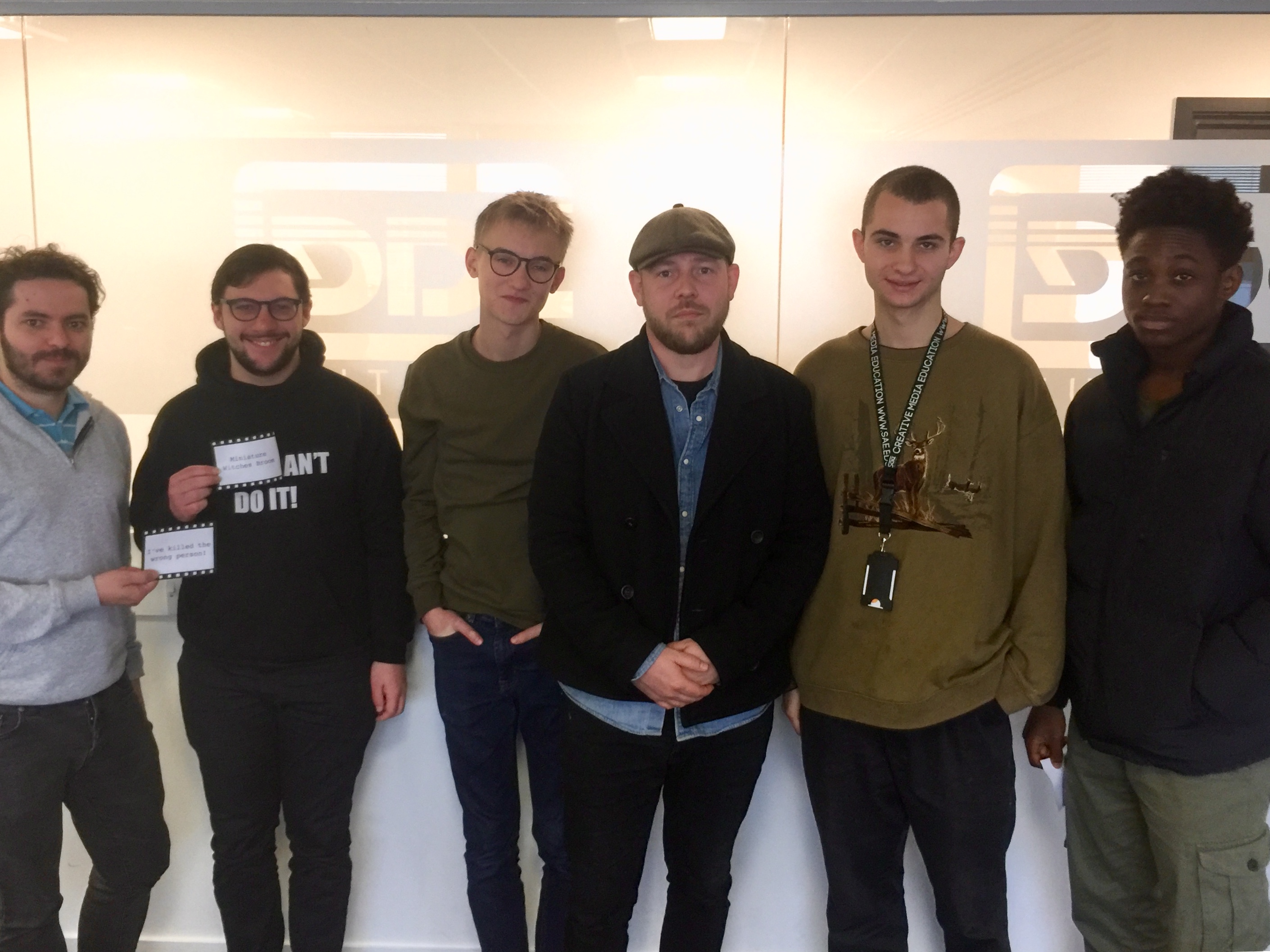 One of the teams consists of Althyr Pivatto (Film), Miguel Valverde, Daniel Santorowski, Andy Robinson, Ben Heyderman and Fortune Regis-Iheduru (pictured above, from left to right). 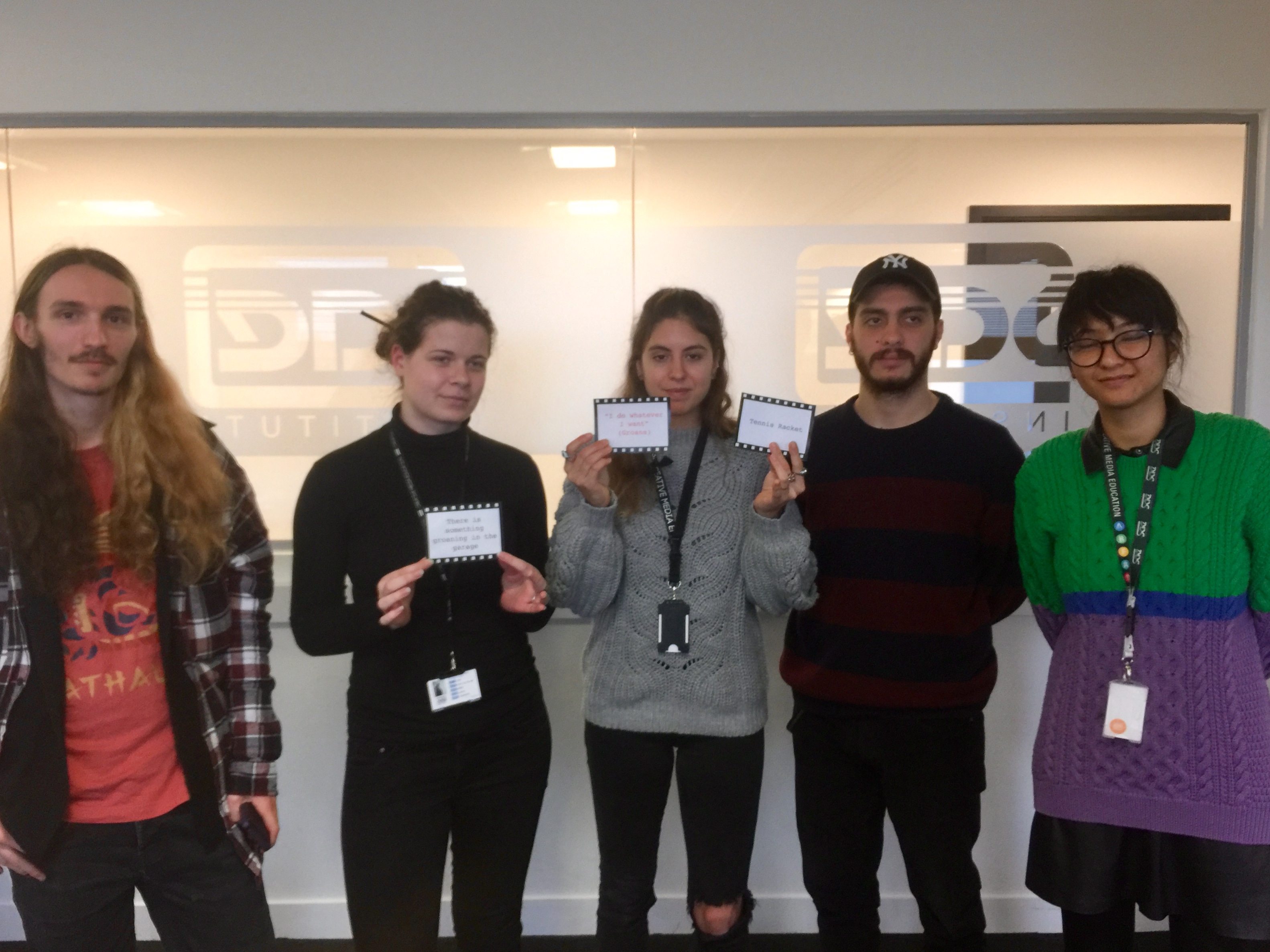 Activities such as the 48hr Film Challenge are a great way for students to practice working under pressure and working collaboratively as part of a team, a fundamental skill underpinning a career in the Film industry.

Audio lecturer Jamie Stonehouse said: “The 48hr Film challenge creates a microcosm of typical Film Production. Typical roles such as Foley Artists, Sound Designers and particularly Mix Engineers can be highly pressurised environments with tight deadlines. These projects serve to place the students in that situation but with the safety net of the institution, colleagues for support and feedback from our professional staff.”

It’s a great practical experience, and will teach students lessons that you can only learn by getting hands-on and turning a creative concept into a finished film.

Follow the students’ progress via the hashtag #SAE48HOURCHALLENGE. Watch this space for news of when the students’ creations will be screened.