Spotify recently launched an ‘Artist Fundraising Pick’ tool which enables music fans to donate to their favourite artists using the streaming platform. We spoke to some of the expert Audio Production and Music Business staff at SAE to find out what they think of this new tipping mechanism.

What is the Spotify ‘tip jar’?

The button, if activated by the artist, allows users to directly donate to the artist using the digital wallet services, Cash App and Paypal.me. The introduction of the tipping tool is no doubt a response to the current situation with COVID-19, which has left many artists in a difficult financial predicament, especially since lots of artists tend to supplement their earnings from their music with live events (which also enable artists to sell merch to fans without factoring in shipping costs). Gigs are postponed indefinitely for the time being, with prominent summer events such as Sheffield’s Tramlines festival announcing that their July event will now be taking place in 2021.

Why is the artist fundraising pick tool controversial?

Artists can also use the button to raise money for coronavirus relief; which sounds admirable on the face of it but this option actually creates a dilemma for artists who have to choose between asking fans for money to support themselves, or requesting their fans donate to an established charitable cause.

The new Spotify ‘tip jar’ has caused great debate in the music industry, with many artists and music fans believing that the Swedish music platform should pay artists a higher percentage per stream themselves rather than relying on fans’ goodwill to support music.

It’s a complicated moral dilemma; it’s no doubt a well-intentioned gesture on the part of the streaming behemoth, but it does highlight some problems with the ways in which streaming services like Spotify operate, and the impact that these business models can have at a time of international crisis.

What do SAE staff think of the new feature?

Here’s what SAE’s lecturers had to say on the matter:

SAE Glasgow Audio Production lecturer Orvar Thorvaldsson said: “I've got slightly mixed feelings about the Spotify tip jar. Part of me really likes the idea that listeners can contribute directly to artists without having to go out of their way to do so i.e. go to Patreon, Bandcamp or other similar places to donate to artists. Not to mention the fact that only a fraction of artists have set up these additional services. With the current closure of live venues and subsequent loss of income for artists, I think the tip jar is an excellent idea. However, it makes me wonder if that should be coming from the streaming service, or if the streaming service was taking too much from the artist to begin with. I think that if this is what we have come to, there is something fundamentally wrong with the way artists can monetise their music nowadays. This is obviously a topic that is regularly discussed and debated about and has deep roots in the music industry. Having said that, I fully support any idea that helps artists to monetise their music.”

SAE Liverpool Music Business lecturer Veronica Skrimsjö said: “Firstly, I strongly disagree with using popular music as charity. I think Band Aid and such are in quite bad taste (snow in Africa for Christmas..?), and I don't think we should be creating 'rock 'n' roll' politicians as it devalues both the creative industries and politics. Many NGOs are also very sceptical about this kind of work because they rarely see much benefit from it. Instead, it tends to be a case of relatively rich artists trying to satisfy their conscience and their fans' with charity singles when simply donating to a relief effort/charity would be much more beneficial. Now, I haven't spotted the button on my Spotify yet, and so can't attest to how the relief effort might work, but I'm sceptical until I see something different. Secondly, generally, I suppose tipping artists is a good thing. In many ways, merchandise is a sort of tipping mechanism. But, as noted in this Guardian article, shouldn't the first port of call be an increased share paid by Spotify? Of course, it's not that simple as Spotify deals with the label, and it is the label's responsibility to pay the artist. Spotify is a tech company, after all - even though it can, of course, be an advocate for musicians as well. So whilst I don't take offence to it, like some have, I probably won't be using the function either. It also feels like a misdirection of the debates we should be having regarding the distribution of funds and value in the music industries. Interestingly there's a similar idea floating around called Riteband. I first came across it in December 2017, but the website still only allows you to request early access (I've been granted, but not much is happening). The idea was to set up a system that allowed fans to invest and trade in tracks like the stock markets, make more money for the artist... I think it's a very interesting idea, but, again, are we putting the cart before the horse?”

SAE Liverpool Music Business Programme Coordinator and Audio Production lecturer Mike McNeilis said: “I think that independent artists will see this option as a blessing. Knowing that there is likely to be some kind of monetary reward may just provide struggling artists with further motivation to keep making their music. At the other end of the scale, major label artists may be caught in a catch 22 situation, as taking tips for their own pockets rather than a charity may be seen as a decision underpinned by inauthenticity and greed.”

SAE Glasgow Music Business lecturer John Markey said: “This is interesting. I like the direct nature of it, however, offering artists the chance to collect the money themselves or donate it to charity does put artists in a moral/PR quandary. If they keep it (which many would need considering the lack of live music at the moment) then it could backfire from a publicity standpoint. However, I'd like to think fans understand the financial uncertainty many artists go through. Spotify pays out very little per track due to their nature, however often labels take between 50% (indie label standard rate) and 85% (roughly a major label's cut). Often this affects artists incomes from streaming. It will be interesting to see if any future record deals include a clause about taking a cut Spotify's donate button. For now, anything that allows more direct to artist payments is good for artists.” 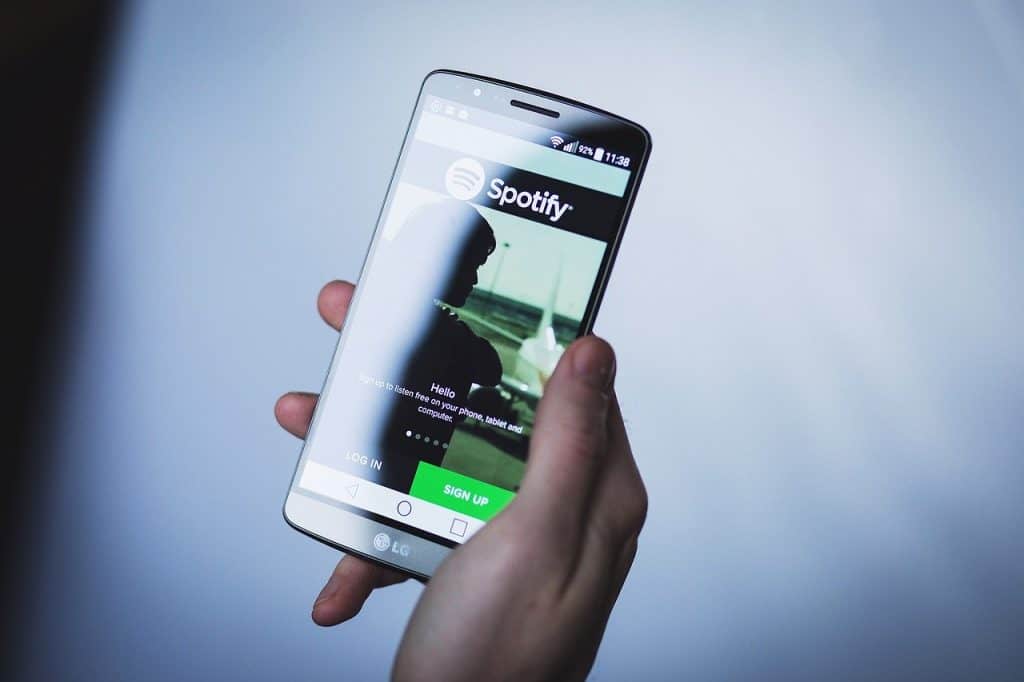 SAE London Audio and Music Business Programme Coordinator Antonio de Robertis said: “In such uncertainty, it is difficult to form an opinion. There is definitely an interesting argument there, on one side it is important to find all possible avenues for funding art, on the other, there is the danger of exploiting art. At the end of the day, it is up to the artists to decide if they feel represented and remunerated by such a system or not and act accordingly.”

SAE Liverpool Audio Production Programme Coordinator James McCormick said: “I think on the surface this could prove to be useful relief for independent artists who are losing income from touring and merchandise. It places into the mind of the listener that there are means of production and an artist responsible for the music that they are listening to, something which is removed and abstracted by globalised music streaming catalogues. But ultimately it only serves to highlight the fact that the artist remuneration arrangements through streaming services like Spotify have not been substantial enough for over a decade. Piracy and services such as Napster in the 2000s highlighted the potential for disintermediation from the traditional music industry model with digital distribution that they did not have control over. But ultimately, aside from a few experiments with direct artist-consumer models, services for legal streaming and downloads were quick to provide a form of reintermediation for the record labels, who maintained a high stake in the streaming services to support their licensing negotiations. This reintermediation kept the relative position of the artist in the whole equation the same as they were in the traditional industry model, and in many ways, they are significantly worse off with the remuneration that the likes of Spotify / YouTube etc can offer. The tip jar gesture seems positive, but it is a distraction from the fact that a million plays on Spotify will only give an artist just shy of £6000.”

What do you think of the Spotify tip jar? Tweet us your thoughts @SAEinstituteUK!