The Celluloid Ceiling has tracked women’s employment on the top grossing films for the last 23 years: the latest data shows that in 2020, the percentages of women working behind-the-scenes on the top 100 and 250 (domestic) grossing films reached recent historic highs of 23%.

Women comprised 21% of all directors, writers, producers, executive producers, editors, and cinematographers working on the top 100 grossing films in 2020, up from 20% in 2019.

The report’s author, Dr Martha Lauzen of San Diego State University, said: “Even without the release of some of this year’s most anticipated big-budget films by women – including Chloé Zhao’s Eternals and Cate Shortland’s Black Widow – the percentage of women working as directors inched upward in 2020.”

She added: “The good news is that we’ve now seen two consecutive years of growth for women who direct. This breaks a recent historical pattern in which the numbers trend up one year and down the next.” 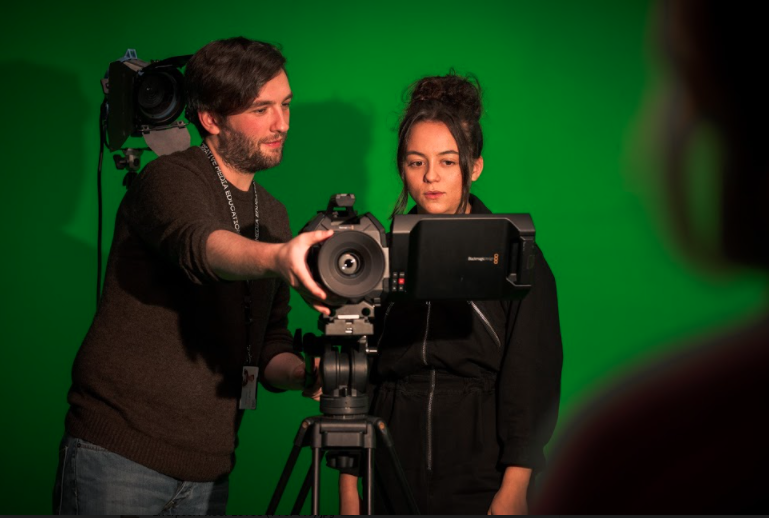 While the global film industry has faced considerable challenges during the coronavirus pandemic, it is reassuring to know that progress is being made to address the industry’s gender imbalance – albeit slow progress: there has only been a 6% increase in the number of women directors, writers, executive producers, producers,editors, and cinematographers working on the top 250 films since 1998.

That said, the trend looks set to continue in 2021. As reported by IndieWire, the major studios have at least one female-directed feature coming; and there is great range to these titles including animated features, dramas, original comedies, sci-fi, and horror.

SAE London Digital Film Production Programme Coordinator Dino Jacovides said: “This data is really promising as it shows a shift in the right direction for the gender balance behind the camera. There’s still a lot of work to be done, but it’s great to see more women working in behind-the-scenes roles such as directing, producing and editing. Despite some of the release slate uncertainty due to COVID-19, there is still a lot of great cinema in the pipeline for 2021 that has women at its helm.”

Chloé Zhao is prepping her upcoming Marvel’s Eternals, and Nia DaCosta will soon see the release of both her delayed Candyman remake and her own Marvel debut, Captain Marvel II.

Disney and Pixar will release Domee Shi’s feature debut Turning Red in 2022, following the filmmaker’s Oscar win for the Pixar short Bao back in 2019.

Lana Wachowski will release much-hyped The Matrix 4 with Warner Bros., who are also set to release Lisa Joy’s debut feature film Reminiscence after she helped turn HBO’s Westworld into such a hit.

So there’s a lot to look forward to! What better time to kickstart a career in Digital Film Production at SAE? Find out more here.