What was your inspiration behind the record, Exotic Diorama?

First of all, thanks for having me here. I am very glad about it! To answer your question, the Exotic Diorama creation has all been about diversity. I love to explore different music genres (sometimes even in the same song), play different instruments, some of which are very rare, sing in many languages and explore many different themes. I deeply believe that diversity, both in music and in life, is capable of pushing to look beyond borders and inspiring some daring new ideas. For the same reason I always admired artists who did not fear to experiment, be free and make a change!

What was your experience of releasing your album in the middle of the pandemic like?

A hard one but a stimulating one too. Hard because not being able to play live and promote the album made it very hard for my independent label to make it. And we barely did it. We decided to face the pandemic with a bold move and we produced and released one track and video every month or so since the pandemic began. Covid-19 hit hard but music should keep being there for people and be released despite all adversities.

Stimulating because I probably am one of the few people who didn’t postpone the album release during this hard moment for the music business and as a result I received so much love and gratitude from all over the world for putting new music out there. It has been very rewarding as an artist, from a personal point of view, to get so much feedback and to spread my music and my messages.

How does your work and your artist name draw on your Italian-French identity?

I come from a very little farmer’s village in the only bilingual Italian region, where as children we are taught both French and Italian. My stage name was inspired by a classic Italian movie called “La Dolce Vita” that I love very much. I took the liberty to add an H to the word dolce so that it would have been pronounced correctly nearly everywhere except in Italy, ha! Having a double cultural identity is a great gift for me. It made me want to explore other cultures and languages even more.

As an LGBTQ+ artist and human rights activist, why is it important to you to use your platform to shine a light on these issues? Are there any causes that are particularly close to your heart?

Very important. I use all my platforms and my videos to talk about the issues that are important for me. Diversity, ecology, women rights, discrimination, racism, human rights are core subjects to my work. Being a pop glamorous artist is often conceived as being in contrast with being a committed one. Not for me.

Many of my fans write me their stories. Hard ones. Full of solitude and violence at times. And I am grateful because they tell me that they feel inspired and not so alone when they watch my videos or listen to my songs. And for this same reason I also share my life and my battles as a lesbian on my platforms together with my music.

Do you think you’ve been treated differently in your career due to being LGBTQ+?

Yes I do. The music business is still very much male dominated and many times I have been treated differently because I was a woman and a lesbian who did it all alone. I am a musician and a producer and I am perfectly independent and have a very long experience on stage. This sometimes makes my male colleagues feel uncomfortable. The press too had some issues with me being lesbian. I have been asked if I wanted to be a musician or a lesbian icon, because I could not be both. I think this kind of approach is so discriminating and offensive. But things are luckily and rapidly changing.

What advice do you have for LGBTQ+ acts trying to make it in the music industry?

Be brave. Be bold. Be kind and never be ashamed to talk about yourselves. People who don’t want you to be who you are, are better lost at the beginning!

What can SAE Audio Production and Music Business students do to ensure they are inclusive and mindful of LGBTQ+ issues in the music industry?

Don’t overthink it. This is my advice. Try to be kind and fair in your approach with people and don’t be afraid to ask when you have a doubt or don’t know about a situation. Asking and communicating is always the best approach. Sometimes the same community will answer you telling which specific issues need more care in a particular moment. Also try to remember that people in the LGBTQ+ community often don’t have an easy path in front of them and have to face discrimination and violence in their lives. This might help keeping in mind that they need to be reminded that they work in a safe and friendly environment  that gives enough space to their stories. For example we are still so far behind, in the pop culture, in narrating the stories of the transgender community. Similar issues can benefit from more exposure and consideration.

Do you think women in the music industry are under pressure to label their sexuality a certain way to retain mass-market appeal e.g. saying they are bi rather than gay?

Yes, yes and yes. Every time I publish a post where I say that I am gay, literally 170/200 people unsubscribe from my channels. But a big number of new subscribers come too. This means that you don’t have to be afraid to be yourself and simply have the right public for your music. It will probably be narrower but truly interested in your art and sharing your values. 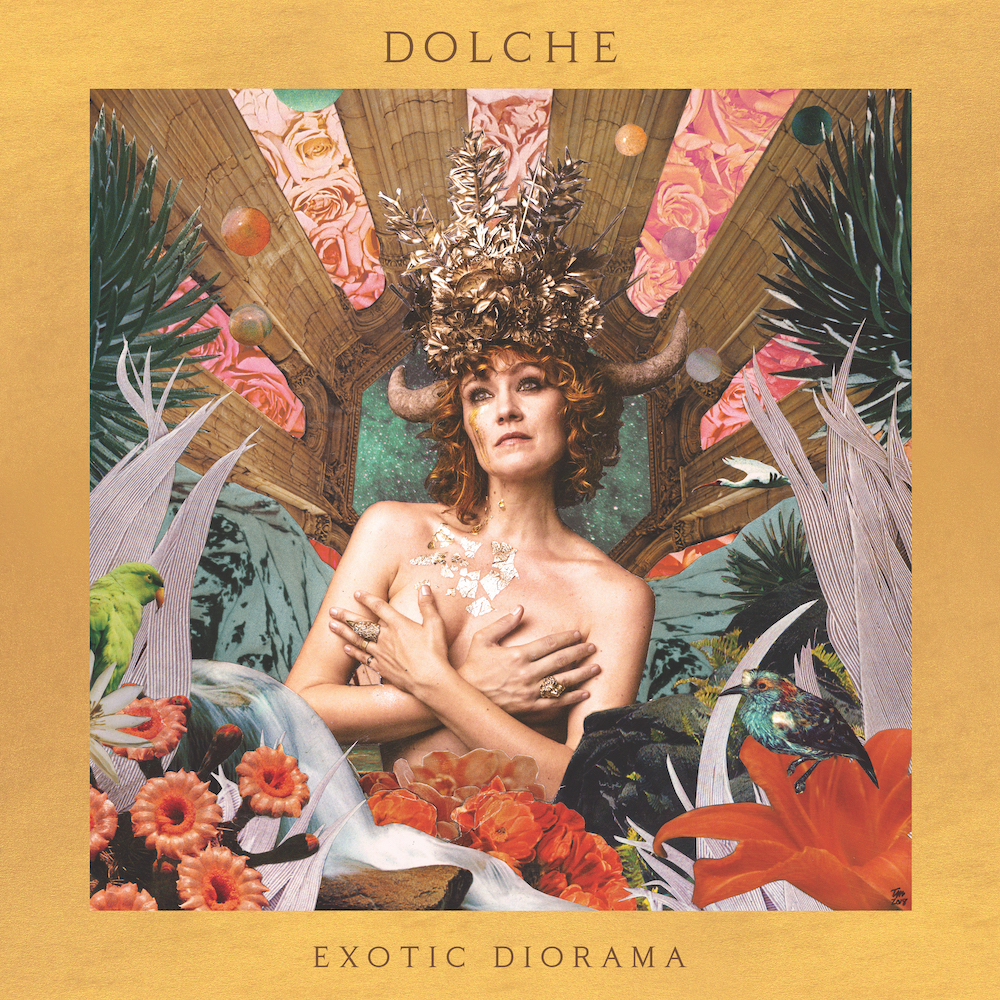 Who did you work on this record with, and why did you choose to work with these individuals?

I chose to work with some amazing people that I admired and that I thought could enhance my project. I chose a Swedish producer who has a poetic taste and worked with artists that I admire like The Cardigans or Ane Brun. He added the north European touch that I was looking for my sounds. I chose Emily Lazar, an amazing woman, the first to win a Grammy award as a mastering engineer, because I wanted my sound to be polished and levelled with the taste and sensitivity of another artist and a woman! I chose Jad Rahbani in Beirut because I wanted the sounds of Arabian violins and rhythms to contaminate my music. I chose Al Schmitt because he is a god of ancient times and he helped me found the retrò perfection for some vocal recordings. I sang in the same mike Sinatra used. My entire work is based on the idea that my ideas can become a source of inspiration for other artists (might they be producers or engineers or directors or designers) and gain more power through contamination.

If you had to sum up your sound in one sentence, what would you say?

A refined French cuisine dish, prepared by an Italian chef with oriental ingredients and a side of fries.

Who are your main musical influences?

David Bowie for his eclectic histrionic freedom, Joni Mitchell for her melancholic truthfulness, Bjork for crossing every limit and refusing any cliché. I admire contemporary artists too who dare, like Billie Eilish to cite one, among others!

What have you been listening to lately?

How can people support your music?

Subscribing to my channels and adding me to their fav artists on Spotify for sure… but there always is also the old fashioned forgotten way: buying my album which is now also out on vinyl!

Writing and producing another album. I am already working on it. This is the funniest part. I would love to say that I will be on a stage again before the end of the year but this is not for me to decide. Let’s hope for the world to heal soon.