Kain Shaka is a Digital Film Production student at SAE London. He is currently working on a short film titled Love and Football, with his company KSDigiFilm. We caught up with him to find out a bit more about this project and some of his other work.

What are you trying to achieve with KSDigiFilm, what is your ethos?

I was brought up in a very political household and, being the youngest, I spent much time with my Mother, and she often discussed politics, race and women (I have three older siblings who are all women) with me.  She was forever telling me that the world was an unfair place for people who 'were like us' and that I'd better get used to it - but the rage in me never, ever accepted that and it still burns today. I know she was saying what commonly accepted by many at the time, but she had unwittingly raised a son who wouldn't. So I created KSDigifilm to express my thoughts around the subject of race and other critical matters like homelessness and gender inequality because I will never accept that they have a place in society.

What is the premise of Love and Football?

Love and Football is a short film about the start of a romantic relationship between two teenage boys from different races and cultures in London who have been brought together by them training together for the same team; its premise is 'illicit' love is complicated, powerful and real.

Why did Justin Fashanu’s story inspire you?

The story of Justin Fashanu is complex. The first black £1m Black footballer, who was lauded at the beginning by his community, only to be widely vilified after his confession about his sexuality by the same people and people in football. He hadn't changed; only perceptions had. The country was in the grip of a deadly disease, supposedly caused and spread amongst gay people; Section 28 (anti-Gay legislation) introduced by Thatcher's Conservative Party, which was in force at the time; and Fashnu had to deal with this, his career derailed by injury and segregation from those whom he needed support, including his brother.

I just felt terrible for him and listening to the racist and homophobic rhetoric spouted made me feel determined to speak out against that behaviour, no matter what. Because I never wanted anyone I knew (or didn't) being spoken to in that way. Ever.

When and where will the film be shot and when do you hope to release the film?

Love and Football will be shot in the East Croydon and Brixton areas over the summer and will be released towards the end of July/early August.

How long will it be?

It's a short film, so its running time is about 10 minutes. 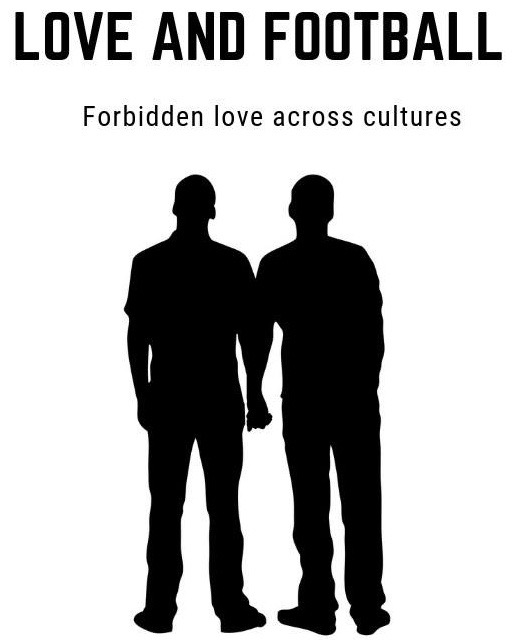 Could you tell us a bit about My Sister Pauline, your other short film about mental health?

My Sister Pauline was my first (and only!) short film about a personal experience about mental health in my family. In my teens, I discovered a family member dressed only in her underwear in the street, arguing with the police and took her home. I remember feeling only slightly shocked and embarrassed - my overriding emotion was anger that nobody was helping quickly enough, and I started crying while the adults assessed what to do about her. In the end, 'Pauline' was taken to hospital for care and has been a part of the mental care system ever since. It has always been an incredibly sad and an emotive subject, but ultimately the only solution. She has been treated brilliantly by the mental healthcare system, and they do a fantastic job when you consider their lack of resources.

What was working with your daughter, Rayvenn D'Clark, on this project like?

Working with Rayvenn was fun - she's 23 now and is a strong, independent woman with her career in Art (she's a sculptor), and she's become an activist for Black women in the Fine Arts field (a real chip of the old block!). She'd heard about the 'Pauline' incident growing up and was curious about exactly what happened - so I let her read the script and asked if she wanted a part, which she agreed to do. She's incredibly disciplined and took directions well, so that was pleasing all round.

What are you enjoying about your studies at SAE London?

Studying at SAE London has been incredibly rewarding and enjoyable. The most significant benefit is the amount of practical work as opposed to the theoretical work we do; it's never just sitting in a classroom for endless days enduring 'Death By Powerpoint'! The teaching standard is high, and the staff are incredibly helpful; also because of the not-so-large size of the film class, we generally have no problems getting our hands on the equipment we need to succeed and plenty of teaching assistance.

Do you have any advice to mature students looking to embark on a course at SAE?

My advice to mature students thinking about SAE London is to jump right in! Apart from the benefits I have stated above, the campus in Kingsland Road is situated nicely in the hub of Haggerston, which is nearby to Old Street and Dalston, so there are excellent transport links, restaurants and bars in the vicinity.

Is there anything else you would like to tell us about this project or your other work?

I am also making a 20 minute documentary on the plight (forced eviction) of Chagos Islanders who are resident in the United Kingdom for release in the autumn. This project is especially close to my heart because of the links I am forging with the community, and I want to make a quality product which will be widely shown to highlight the problems which they are suffering from; a 'call to action' film.

Keep up to date with Love and Football via Facebook.