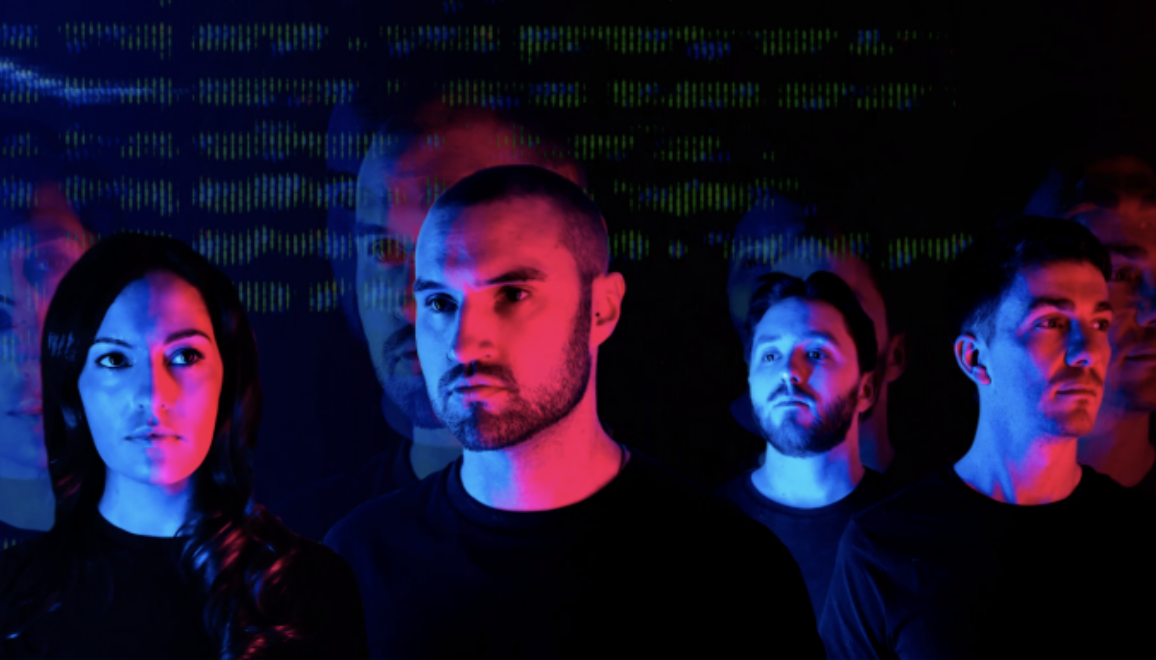 SAE Liverpool alumnus Bruce Stein spoke to us about Truth Be Told’s success in signing to 3Beat Records/Universal, and making Capital’s A-list Dance playlist with their song ‘Voodoo’ — a collaboration with Hannah Boleyn and Philip George.

Bruce studied Audio Production and is one half of Truth Be Told alongside his childhood friend, Tommy Lamb.

Truth Be Told have just signed to a major record label — how do you feel? Which label is it, and what do you hope to see from working together?

Yes very excited. It’s with 3Beat Records/Universal in Liverpool, a shop we frequented a lot in our vinyl buying days! Releasing on any new label can open doors for you so we’re hoping for the same this time around, who knows!?

How is your own label, Imaged Records, going?

We have some plans to release more music on there pretty soon but we’re being really picky on what we want to release. There’s only been one release up to now as we want to keep the label for our bigger, more special projects.

How do you feel about ‘Voodoo’ making the Capital’s A-List dance playlist?

Amazed, Capital and Mistajam supported us from day one. It’s now made it onto their main channel and has been played a few times! MTV have just announced they’ve added it to their MTVClub playlist now as well. Can’t believe it!

You worked with Hannah Boleyn and Philip George on this track – how did you come to work together?

I believe Hannah is a family friend of Phil’s and us and Phil have been mates for about 5/6 years now. We’ve been wanting to collaborate for ages and already have a few collaborations that never made the cut. Mainly club type music though. The first lockdown hit and we decided to try something new and work together on a pop record together. We worked on a few instrumental ideas and Phil had an idea to get in touch with Hannah for some vocals.

What was your and Tommy’s involvement with the track – what did you each do for it?

We all had an idea on what type of track we wanted to make which was a more upbeat pop record with hints of disco. Myself and Tommy had a few ideas down already when Phil sent over the vocals from Hannah. There was this one idea that really suited the vocals. We wrote some chords to fit the vocals and added a new bassline to make the track darker to suit the vocals. The original idea was a very stripped back, Dua Lipa style happy disco record which Phil then converted to a more dance record by adding bigger drums and FX.

The music video is really good – talk us through the process behind the making of that.

The lyrics in the record hint at an addiction which ‘we’ the listener automatically take as maybe being addicted to a lover. The guys behind the music video interpreted it differently. They show a girl who’s addicted to social media and the impact it makes on her emotions with how people react to her posts. We loved the idea and think it’s very fitting in today’s world.

How does your current work build on the skills you developed at SAE?

Having that drive to finish projects and the in-depth knowledge behind music production and music theory skills that SAE helped me develop really got this record over the door and ready to release. Those skills gave me the confidence and speed to finish the record and present it to the label to a high standard.

What other musical projects do you have in the pipeline at the moment?

We have our remix to Voodoo coming out on 12 March. We have three other collaboration records we’re hoping to release too. These also push our style to different regions of the dance music world.

How has your work been impacted by COVID-19?

It’s literally none existent on the live performance front. I’ve been doing some engineering and mix-down work from home to help me get through. We’ve really strayed away from the underground style we usually do naturally I think due to the lack of events. But it’s something we’ve really enjoyed, dabbling with different styles.

Do you have any tips or tricks for students finding it hard to be creative while stuck inside during lockdown?

Do what we did and dabble in new genres or styles or offer to mix-down a friends record. It really opens things up having work to do and deadlines to hit. It could also open new doors for future projects. A lot of artists are doing livestreams too if you want to sit back and watch how other people do things. A very rare sight to see so enjoy it while it lasts!

What are your hopes/plans for the rest of 2021?

Just get back to normal life or as close to it as we can. Also to try and get the collaboration records out to the world. I think it will surprise people the route we’ve taken with a few of them.

Where can people keep up to date with your new releases/work?

Tags
Audio
How can we help you?
ENQUIRE
NOW Learn more about our courses, ask a question or request more information.
Enquire now
APPLY
NOW Take the first step in launching your creative career with confidence.
Apply now
Book a Tour Get on campus, meet our amazing team, and come and see the magic yourself.