Damage Control is a game that was created as part of SAE London’s Global Game Jam, which took place from 31 January - 2 February.

The game, based on the theme of ‘repair’, was created by Jihae Han, Jacob Taylor, Konstantin Ivanovich, Nashmia Riaz and Mark Trump using Unity, Photoshop, Trello, Visual Studio and GitHub.

SAE London was an official site for the international gaming event, with ten games created in total over the course of the weekend. 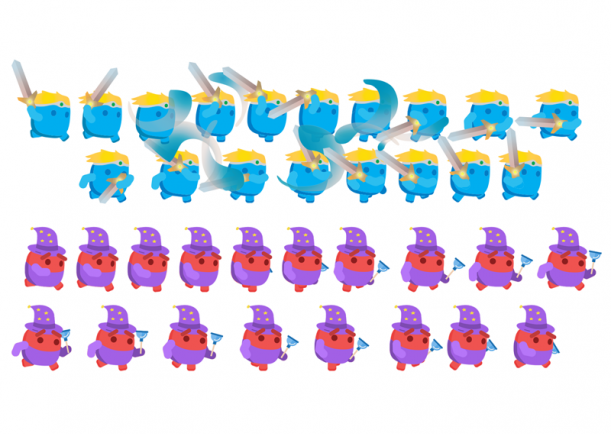 The idea for Damage Control came from how Link in Legend of Zelda goes around smashing pots recklessly. What if the main character has to repair stuff in his wake? The game’s protagonist follows the hero around, fixing various items that he breaks.

Mark Trump said: “While we were brainstorming, we split our ideas into two categories; themes and mechanics that we'd actually be able to implement in two days. We found the idea of looking at the player's actions in other games out of context particularly amusing and settled on the tradition that RPGs have of guiding the player to smash or open everything they can in search of treasure. As a simple mechanic to support this, we agreed on "reverse Fruit Ninja" to match this year's theme (quickly gesturing to fix things, instead of to slice them).”

Nashmia Riaz worked as a programmer, effects artist and graphic designer. She designed the UI for the game as well as animated and integrated it into the game. She also made various particle effects and helped out with animating the protagonist and drawing up ‘items’ that the hero breaks. Lastly, she wrote in some logic for the game, such as unlocking subsequent levels once you’ve played the older ones and a dialogue system where the protagonist says different things.

It was Nashmia’s first Global Game Jam, and she said it was exhausting but very rewarding in the end and she enjoyed seeing what everyone else worked on. She said: “We had a tonne of issues meeting the deadline and uploading our project in time. We barely made it in the end. What I did to overcome this was not freak out and panic. I’m very proud of what we made. Not all of us were programmers and this was the first game for many of us; we all had a very different set of skills that really paid off.”

Mark was the producer and designer, although he helped out with some of the programming too. He said he had taken part in a Game Jam before, but not since 2016. He said: “I really enjoyed the experience overall! I hadn't formerly worked with my team before, even though we're from the same university, so it was really fun to spend the weekend with them and make something together. I learned a lot from this too.” 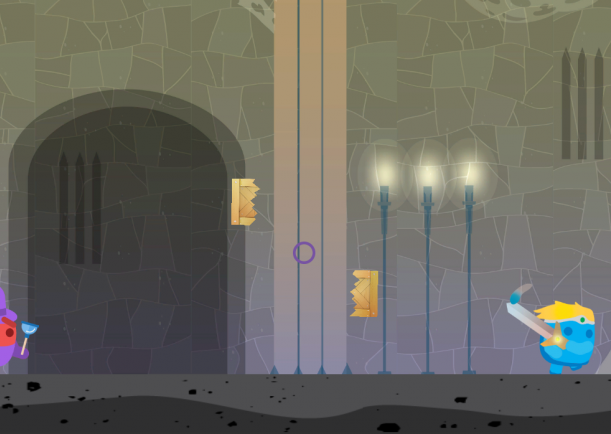 He added: “A major problem we had was time management. Although we made sure our game was to a reasonable scope, I perhaps wasn't firm enough in enforcing our schedule. As such, we ended up working on implementing our music right up until the last half an hour, with no time to playtest. I probably should have suggested we drop the music an hour or so before this, as it wasn't important and didn't add much overall. We almost missed the upload deadline thanks to my slow laptop!”

But overall, the team are happy with what they produced. Mark said: “We're all really pleased with our finished game. It looks good, plays well and has three different levels. Not bad for one weekend's work!”

Find out more about the other games created as part of SAE London’s Global Game Jam here.