What is Article 13 and what does it mean for the creative industries?

The Copyright, Designs and Patents Act was introduced in 1988. As these laws predate the rise of the internet, they do not adequately cover online intellectual property. For instance, UK copyright laws don’t explicitly cover the creative works built by open source coders or app developers.

That’s where Article 13 comes in: Article 13 of The European Union Directive on Copyright in the Digital Single Market is a European Union directive that aims to restrict the sharing of copyrighted content on online platforms.

Before Article 13 came into effect, platforms weren't legally responsible for copyright violations, though they were expected to remove content that infringed on copyright when asked.

Why is Article 13 proving so controversial?

Article 13 forces social media platforms such as Facebook, Google and YouTube to take responsibility for unlicensed user-uploaded copyrighted material. The article states that, “information society service providers” will be required to use “content recognition technologies” to scan audio, text, photos, video as well as code.

The controversy revolves around the issue of how services like YouTube and Facebook are expected to identify and remove content that breaks the rules: it's very labour-intensive and expensive to scan everything that gets uploaded to these platforms.

The copyright directive has not yet made it clear what the punishment will be for those found to be in breach of the rules.

How will Article 13 affect creatives?

The new legislation will have positive effects for record labels, authors and most artists. Article 13 could give these people greater control over how their content is distributed online, and ensure they receive fair and appropriate remuneration for their work.

But the new rules will also affect open-source software communities, remixers, livestreamers, and meme creators. The controversial Article 13 raises serious questions about the implications for free expression, creativity, and the freedom to publish.

Under Article 13 the remixing of any song would be banned, unless the remixer has written consent from the original artist to use their work. 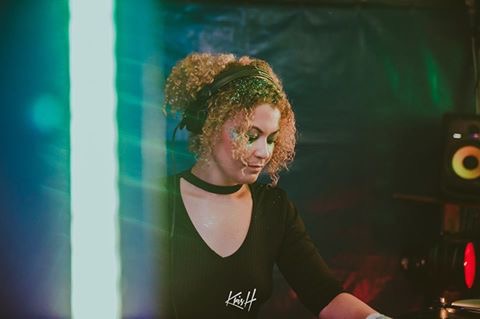 We spoke to Tasha Cole, an Audio student at SAE London who performs under the moniker DJ Miss Kiff. She said:

“Article 13 restricts so much social media and video content. I find this extremely frustrating as any Facebook live streams consistently cut out, you get copyright claims on YouTube for mixes you put up. I do think we should modernise copyright laws. I would suggest that having content with copyrighted music actually helps promote the artist, and if their music was used in creation we could add a direct link to purchase the track; I always do this on Mixcloud. I feel that they should allow live streaming like DJing or MeMes as it’s just online content. However places like YouTube, where you can monetise content, are a grey area. You could ensure that the original artist gets a percentage of the remix profit, however this could be difficult to enforce or calculate. Personally, what I have started doing for my YouTube content is making my own tracks, and using BenSound music which allows you to use free music as long as you promote them. Being a DJ, Article 13 limits online streaming and mixes. And the fact is myself and other DJs are promoting artists’ music for free. I hosted a 3 hour International Women’s Day event online at SAE, where the only benefit was to promote women in music and Facebook cut us out 6 times because of copyright claims!”

Article 13 may have a drastic impact on video game streamers and their fans in Europe, according to a recent survey commissioned by Comparitech. The survey found that 45.6% of streamers would be dissuaded from streaming gameplay if they could be held liable for copyright violations.

Website owners will have to think carefully what kinds of content they're hosting in order to be compliant once legislation is introduced. The directive will apply to every website unless it meets all of the following three conditions:

This presents a challenge to small businesses who may not have the financial resources to pay for expensive content filtering systems, or to employ someone to monitor their website manually.

Article 13 has also been dubbed as ‘the meme ban’ as memes are edited, usually uncredited images, used for humorous purposes. Even though the proponents of the bill say that memes are exempt from copyright infringement claims as a result of previous laws that apply to parodies, the problem is that upload filters would not be capable of distinguishing between them and copyright infringing material.

How will Article 13 be implemented?

Article 13 calls for the introduction of, “measures, such as the use of effective content recognition technologies”, but it has been argued by the Internet Society that effective technologies do not yet exist. Their overview of different content blocking strategies identifies the key problems with different methods. Crucially, they observed that:

“Every blocking technique suffers from over-blocking and under-blocking: blocking more than is intended and, at the same time, less than intended. They also cause other damage to the Internet by putting users at risk (as they attempt to evade blocks), reducing transparency and trust in the Internet, driving services underground, and intruding on user privacy.”

If content-blocking technology is not yet able to differentiate between fair use and copyright infringement then it follows that creatives who use copyrighted material within the guidelines of fair use will miss out on the opportunity to share their work with the world.

What do people think of Article 13?

YouTube, and YouTubers, have become the most vocal opponents of the proposal. They argue the directive fails to clearly outline requirements for how rights holders should cooperate to identify their content. They describe the directive as containing “vague, untested requirements” which they state will “likely result in online services over-blocking content to limit legal risk”.

We spoke to Ian Dawson, who runs Flik’s Gaming Stuff channels on Twitch and YouTube. He said:

“Though I am more on Twitch these days, I've been doing Youtube for a long time and for people on the site as long as me we're used to a new Apocalypse appearing every few months (be it out of control Copyright bots, false claims, Ad-pocolypse, etc.) so for a while Article 13 seemed like just the next thing to be outraged by that would come and go. It feels different now it has passed, though. The limited reading on the subject I've done seems to imply the new rules to be enforced are deliberately vague to allow for a longer reach when needed. The way both Youtube and Twitch talked about the possible changes they would have to make made it sound very dangerous.

I'll admit that the extent to which Youtube and Twitch went to rally support against Article 13 made me start to believe that the reason they were doing that was less about protecting creative people on their platform and more about protecting themselves from taking culpability for illegal content on their platforms. Part of me STILL believes that plays a part. My genuine worry is that Youtube and Twitch will do as they usually do and apply a mallet solution to the problem rather than a scalpel. What form the mallet takes I couldn't say for sure - removing EU access to their platforms? Having to manually check any video or stream from an EU origin? It would be shocking if it came to that.

My own time as a content creator is likely in the process of coming to an end (fame is fleeting and all that) but I had hoped to carry on a little longer and then eventually stop on my own terms. If I were forced to stop because of Article 13 it would feel like a betrayal. The profession of Content Creator was made possible only because of Youtube and the internet as a whole. To stifle that creativity because of misinformation, misunderstanding, and an archaic desire to protect the music industry would be a betrayal of the risk I took in doing this for a living.

The only hope remaining is that the far reaching effects of Article 13 have been blown out of proportion and that things can largely carry on as they have done without very little change.”

Furthermore, by requiring content sharing platforms to use surveillance tools to police content, this infrastructure can be repurposed by governments and corporations.

World Wide Web founder Tim Berners-Lee signed an open letter alongside 69 other technology leaders, stating that Article 13 would require internet sites to “embed an automated infrastructure for monitoring and censorship deep into their networks”.

To monitor, or not to monitor?

In contrast, Mark Zuckerberg, the chairman and chief executive of Facebook, recently wrote an op-ed for The Washington Post that argued that regulators and governments should do more to regulate internet content.

He said there should be new laws in four new areas: 1) Harmful content 2) election integrity 3) privacy and 4) data portability.

Zuckerberg’s comments were presented against the background of Facebook’s role in the Cambridge Analytica scandal regarding data misuse during election campaigns, and more recently, the fact that the New Zealand terror attack on a mosque in Christchurch, was LiveStreamed on Facebook’s platform.

We spoke to Firdaus Khalid, who is Programme Coordinator for Animation, Web and Games at SAE Liverpool. He said:

“One factor that we always must acknowledge, is that a country always has control over their own Internet content one way or another. Some even have 100% control, use it to push their own agenda, and get very minimal backlash from their society. These countries are even advanced nations with superior technologies on their shores. We should see it from the perspective of how far they take it and on to what purpose is the control. What Facebook is saying now is of good intention and it's better to say late than never, but it is not as if the idea was never put into practice before. It had already been implemented in countries, some for decades, except that these nations did not enforce it on other nations without everyone agreeing. GDPR and The Great China Firewall are just a couple of examples of it. Those who break the rules are already paying their dues, it’s just a matter of time before the rest will face the music. Play nice and everyone will be friendly to one another. That's always the basic playground rule.”

There are no easy solutions in terms of striking a balance between government regulation and the user’s right to privacy. But when it comes to Article 13 and the potential impacts it could have on different sectors of the creative media industries, the effects still remain to be seen.