She’s worked on feature films and music video projects with the likes of Stormzy, but for Laura Seears, the best part about being a Steadicam Operator is creating rich work through cross-team projects.

The young filmmaker graduated from SAE London in 2015, and has since found her passion capturing smooth and stabilised footage for UK directors.

“Without a doubt, the highlights of my career have been when I film for a project more than just a couple of days. I worked on the film In Living Memory, which was about the battle of the Somme, for a week straight doing 12  to 14 hour days and I will never forget the crew I worked with. I made some great contacts there and there is nothing but fond memories of the shoot because of them. Although filming live gunfire and explosions was pretty cool too!” 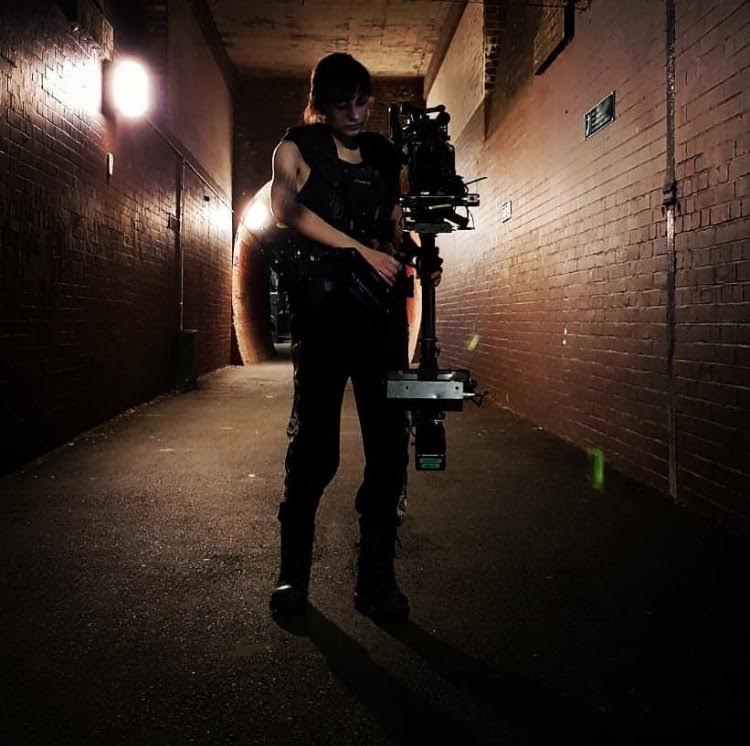 Laura has also worked on large sets as the 2nd Assistant Camera Operator but believes a vast majority of filming she does involves shooting music videos - not an easy task when you’re wearing a suit up to 32kg in weight.

“In some ways, operating a steadicam and moving around a subject is like dancing itself so it is really cool to compliment the two different 'dances' to create this.”

More recently, Laura has worked with up-and-coming Oxford director and SAE student Jason Farries after meeting on the set of In Living Memory.  Jason is set to release his debut feature film An Inspector Calls next month, after filming in Bicester over the summer.

“I offered to do this for free because of my interest in the plot and its themes, and I am so glad I did! Spending two weeks in a very luxurious house with an amazing crew for this production has probably been my favourite shoot to date.”