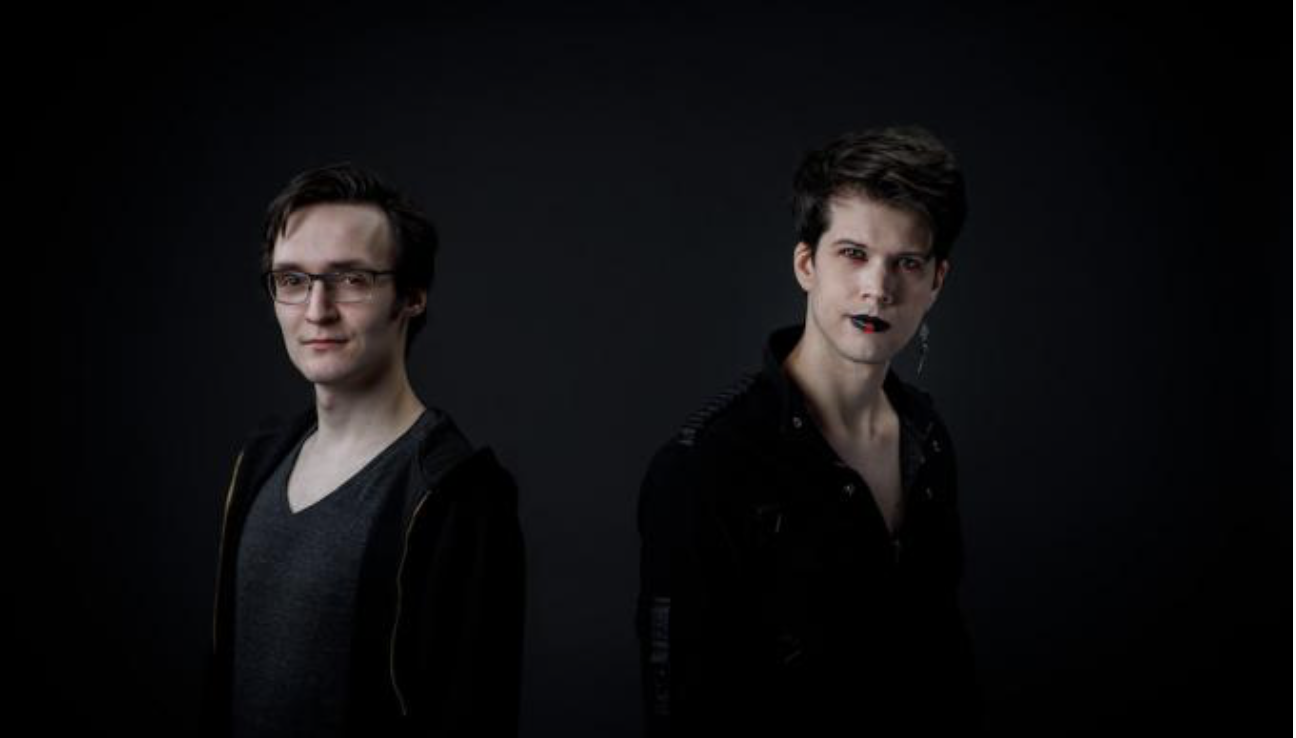 We recently caught up with SAE London Audio Production student Jonatan Jansson who has recently released a new album titled A World to Come with his childhood friend, Robin Bertlin, as Project Swan Song. We also found out what Jonatan’s been working on as part of his studies at SAE.

Who are Project Swan Song and how did you come to work together?

Project Swan Song is a musical and artistic collaboration between two childhood friends, me (Jonatan Jansson) and Robin Bertlin. We have avoided calling it a “band” so far, mainly due to the fact that it’s really only us two leading the project. Robin and I have known each other since primary school, where we bonded over a mutual love for geek culture and video games. After losing touch for a time, we reconnected as adults only to find out that we had both pursued careers in music and at this point some form of musical collaboration was inevitable.

What’s the inspiration behind the album A World to Come?

A World to Come is really an amalgamation of years of trial and error, musical ideas, and personal growth. We wanted to present a diverse and approachable album, yet still something deeply influenced by the world of prog rock and metal.

Walk us through the process for producing this album. What were the different stages and your involvement in each?

The whole process started when we got approved a small grant by the Finno-Swedish Culture Foundation. This helped not only monetarily but also helped us realize that this is really happening and we need to see it through until the end. Since the beginning of Project Swan Song, I have gladly ceded all instrumental composition duties to Robin, seeing as he is a veritable wellspring of musical ideas and so was the case as well with A World to Come. Once the initial demos were done, I then wrote most of the lyrics and toplines for the tracks.

From the very beginning, we knew that we wanted to use real musical performances for the album. As such, we recruited three freelance musicians we knew well and trusted with the music (David Urrutia – Bass, Oskar Packalén – Drums and Robin Martin – Keys), rehearsed for a few weeks and then proceeded to record. The majority of the recording was done in Campus Allegro’s music studio in Jakobstad, Finland. Though some smaller parts had to be outsourced due to COVID.

I mixed the album partly in the box through my own setup and partly in SAE London’s Bankstock studio facilities. Finally, the album was sent to Chartmakers Studios in Espoo, Finland, where it was mastered by engineer Svante Forsbäck.

We also commissioned pieces of art for each track, separately from the main cover art. Unfortunately, Elin Nylund who did the album cover art was not able to take on that many commissions and therefore this was outsourced to another visual artist. This work is still under progress and the artworks will be released initially on YouTube later this spring.

Were there any challenges or difficulties along the way, and how did you overcome these?

Me being in the UK and Robin being in Finland during a big part of the project certainly caused some headaches, as did the ongoing pandemic. The biggest challenges, however, were probably more related to administration. It is tempting to try to produce and release an album completely independently today as all the tools needed are available to you. Having done so with A World to Come, I can really start to appreciate the value of outsourcing things such as accounting, marketing and social media management. Not to mention trying to book and organize live gigs.

How does the album build on skills that you’ve developed over the course of your studies at SAE?

A huge challenge for me when studying and producing music at the same time is to actually get the music done and released. The courses at SAE are super compact and you are presented with new skills and viewpoints every week. It’s so easy to look at what you recorded a few months ago and say “What was I thinking recording it like this?! Maybe I should just scrap this and record it again?”. In the end this is a very tangible proof that you’re evolving as an artist. Working on a project like this in tandem with my studies really allowed me to gauge my own progress.

Do you have a favourite track from the release, and why do you like this song so much?

Personally, I would say ‘Warp Space’. This track was actually composed long before A World to Come was conceived but was completely rearranged for the record. I really liked it back then and it has only grown on me since.

Were there any musical or visual references that you drew on with this production?

As I can only speak for myself on this, when writing lyrics and topline I really try to mainly let the original instrumental demo inspire as to where I’m taking it thematically. In terms of mixing, I was really inspired by TOOL’s new album, Fear Inoculum. I had felt that lately many of the new metal and prog album mixes were sounding very similar and maybe a bit stale. Fear Inoculumreally broke away from that and felt like a breath of fresh air in the genre.

Who are some of your favourite prog rock and metal artists?

My “favourite” artist tends to change about as often as I find new and exciting music to listen to. If I had to pick one though it would probably be Devin Townsend. He never ceases to amaze, mainly due to the sheer variety of music he’s able to produce.

What are your long-term career ambitions?

Through my studies at SAE, I’ve really found a love for sound design and audio post-production and as such I’m really looking into work in the video game industry. That being said, however, you can’t really take the music out of a musician, so who knows what will happen, especially when the world returns to normal again after COVID.

What else have you been working on lately — either as part of your studies at SAE or in your own time?

As of right now, I’m deeply entrenched in starting my final dissertation and finishing up my studies at SAE. This has left me with very little time to work on anything else than a few minor freelance jobs. However, there might be a few things bubbling away on the back burner for both me and Robin, so you can definitely look forward to more content from us in the future.

Where can people find you and stay up to date with your work?

The best place to follow me would be on Instagram @jjnexus and you can follow Robin @robbartleymusic. We are both posting updates there regarding Project Swan Song.

A World to Come is available on most major streaming platforms and will be coming to YouTube later this spring.

Tags
Audio
How can we help you?
ENQUIRE
NOW Learn more about our courses, ask a question or request more information.
Enquire now
APPLY
NOW Take the first step in launching your creative career with confidence.
Apply now
Book a Tour Get on campus, meet our amazing team, and come and see the magic yourself.