How to Create Effective Video Ads for Brands 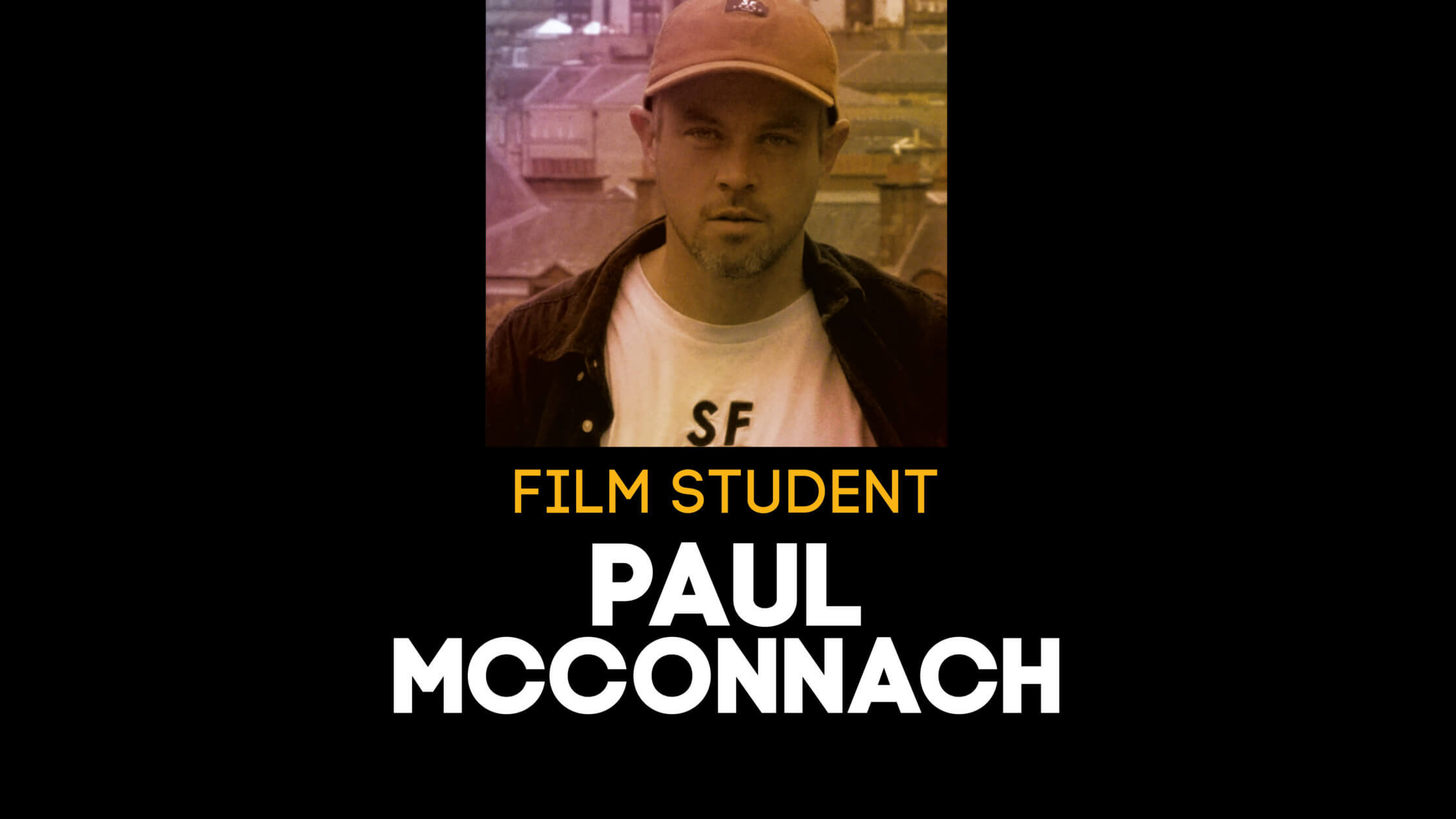 My name’s Paul and I’m from Glasgow, Scotland. I’m currently working through my major project at SAE in Film Production.

Film is my passion, if I’m not making one of some description or another I’m usually watching them. I also have a background in painting and drawing so I enjoy working in that medium as well as visiting art galleries. Lately, I’ve found myself experimenting with photography a lot which I’ve found a lot of fun and also greatly beneficial to my filmmaking.

My friend runs a local clothing and hardware brand for inline skating. He’s had a long history in the sport and I had never seen an advertisement for the company in this visual manner, somewhere between a commercial and a short film. I worked for years as a videographer in the skateboard industry in both professional and amateur capacities before attending SAE so I thought it would be an interesting yet similar crossover in terms of experience.

The short promotional film’s purpose in this case was to show the brand in action. How it would be worn and how it would look in real-world terms.

What was my creative process?

Discussion was the first major step. Keeping an open dialogue with the client as well as my lecturer served as the primer to coming up with workable ideas. After that producing a succession of pre production documents was vital in exploring these ideas further. Once that was completed to a standard that was structured well but had enough wiggle room for slight changes on the day. We filmed over the decided dates, then it was just a case of dealing with any problems or potential re-shoots and onto post production.

What were the biggest challenges?

Working in un-controlled natural light can sometimes cause issues especially when the project is to seem as if it was continuously shot all at once. The weather in Scotland isn’t great at the best of times but in this case we were lucky and managed to find a few sunny days in between. Flexibility was key for this given it was a “Summer Promo” based in Glasgow.

Another issue would be working around the general public. Whilst this was to be expected as we were filming on the fly it can always cause production delays. Whether it be waiting for the right moment the area is quiet enough to film on a busy shopping street or dealing with questions from curious passers by.

I think a third challenge was also picking the right music for the job. I didn’t want to use something obviously associated with the sport. I always thought the movements of the inline skates would lend themselves well to a form of more classical music. It took a while but when I found the piece of music I used for this exercise I was definitely pleased.

What were the most rewarding moments from the shoot?

One of the most rewarding moments of this project was certainly working with a friend. I’ve seen his vision come to life over a long period of time and both his positive feedback and the
reaction to the film online was very encouraging.

This project also helped me develop my skills in pre production a lot more. As the film was a format I was familiar with, it gave me a real insight into how I could create more efficiently in
the future. I’ve gone on to utilise all of this in further narrative work as well and it has really helped with enhancing my ideas and delivery of tasks.

In addition it was a worthwhile experience in exploring various dynamic camera movements that I wouldn’t have normally been able to explore on a regular basis. This added to the overall creativity of the project as well as furthering my abilities in gimbal work.

Why did I pursue a degree in film?

I wanted to expand my knowledge of camera operation and editing in all disciplines of filmmaking. I had completed two major feature films in skateboarding and began to dabble in promotional videos and really enjoyed it. I wasn’t confident enough with my workflow capabilities in a professional on set environment though and knew there was a lot of rudimentary knowledge I wanted solidified before beginning my career. The pandemic then hit and I thought now would be a good time to concentrate on a degree.

Why did i choose SAE?

Friends of mine have attended SAE in the past and recommended it. I also was keen to get into the work environment as soon as possible and the accelerated programme they offer was perfect for my needs.

What did I enjoy most about my degree and time at SAE?

All our lecturers are involved in the industry and each of them have their own speciality, this was just a great way to gain an all around insight into the world of filmmaking. Everyone is very approachable and will do what they can to help you do what it is you want to do. I feel this level of availability is key in a learning environment when the subject is of such a creative and interpretive nature.

Are you thinking about applying to SAE?

Go along to your local campus and have a discussion with the staff and students. It’s a great environment for learning and has stood me in good stead for getting into the workplace. 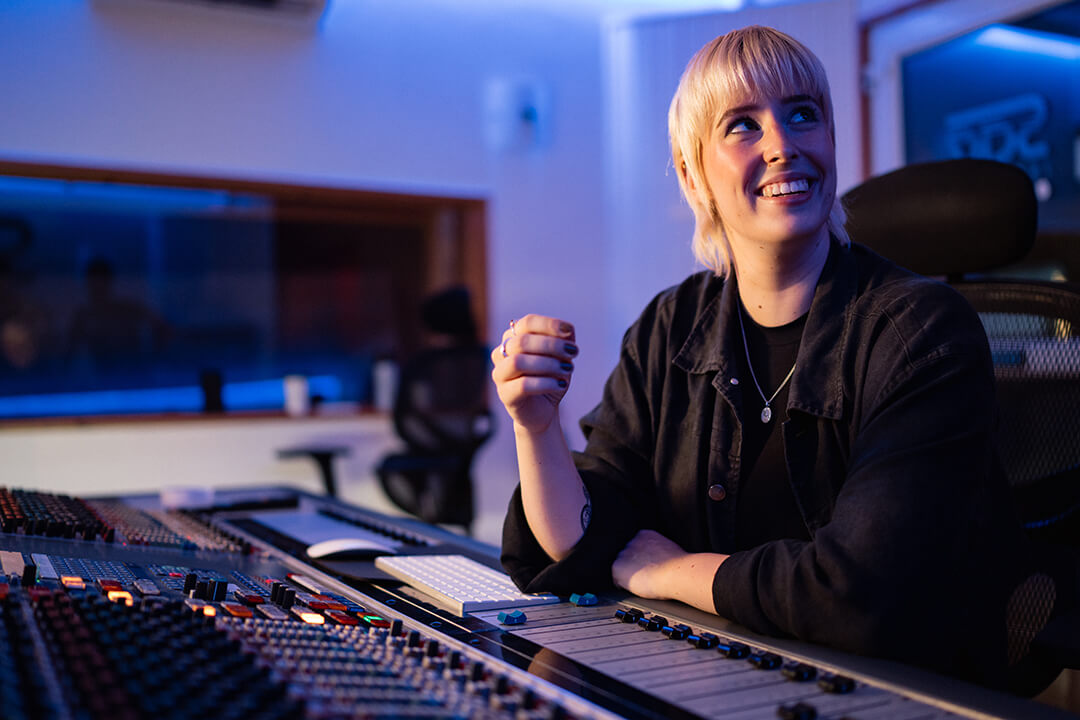 Clearing is now open for 2022.
Find out more
How can we help you?
ENQUIRE
NOW Learn more about our courses, ask a question or request more information.
Enquire now
APPLY
NOW Take the first step in launching your creative career with confidence.
Apply now
Book a Tour Get on campus, meet our amazing team, and come and see the magic yourself.