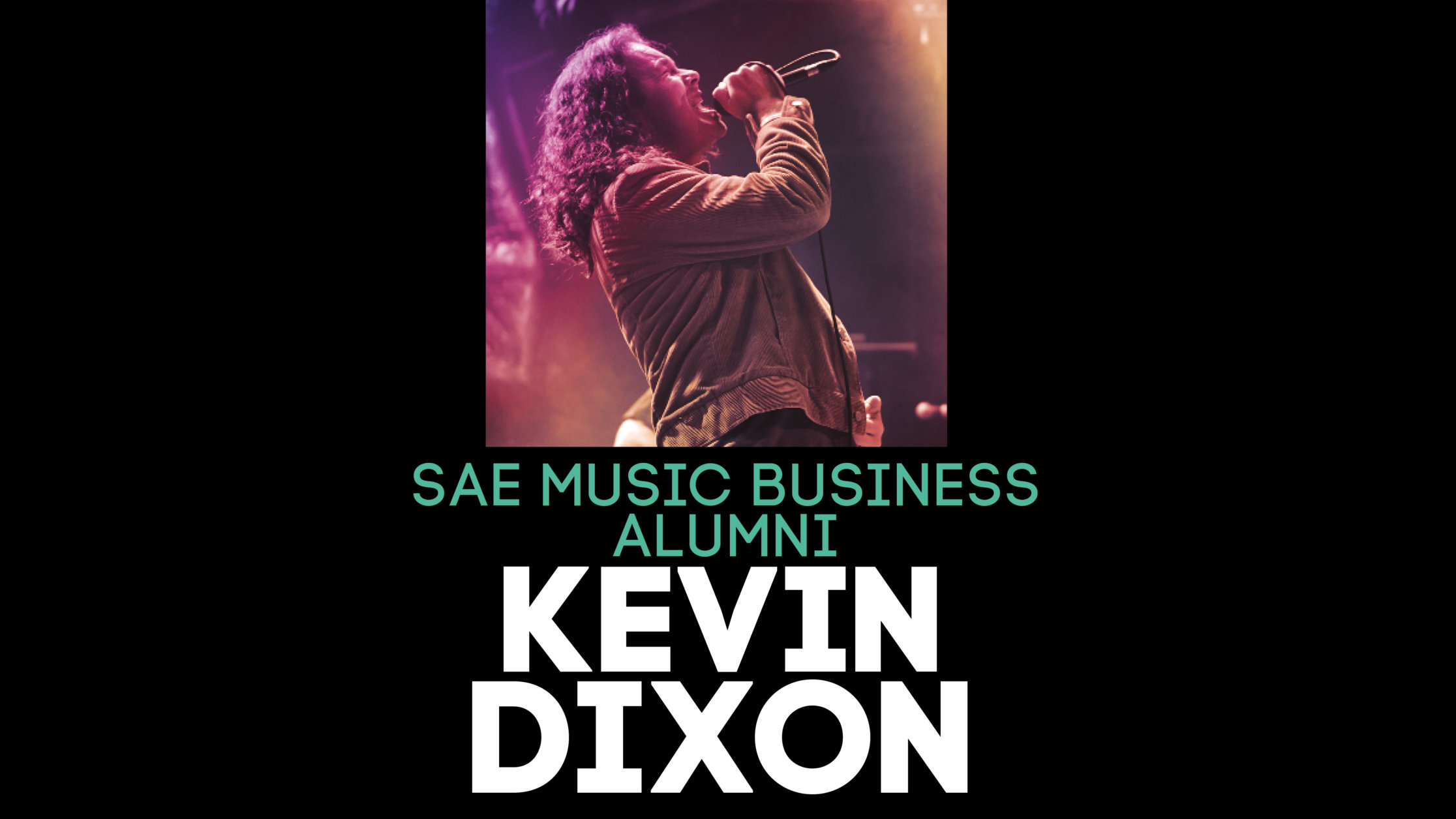 Our music business lecturers, Duncan Lewis and Dr. Mike McNeilis, sat down with one of our amazing music business students – Kevin Dixon – to talk all about his new role of online communications manager at Edel’s earMUSIC

Duncan: I’m joined by Kevin Dixon, who’s over in Hamburg, Germany, and Kev graduated in September 2021 with a first-class BA in music business and we’re very proud of you. Thank you very much for coming on and having a brief chat with us this evening about your time with SAE. But firstly, you’re over in Hamburg. You were in Hamburg before you came to SAE. What were the reasons that brought you to us?

Kevin: I grew up in Liverpool. I was born and raised in Liverpool. And then I moved to Hamburg in 2015. And at that time I came over, I was teaching English and doing a couple of musical projects as well, composing jingles for TV and stuff like that. But just, kind of, getting to understand the music business in Hamburg a little bit more during my free time. There were so many opportunities, there are lots of really good labels and booking agencies that I’m really um interested in. I had had dealings before but education is so important over here that you find it very hard to even get an interview without a degree. I had a lot of experience to fall back on but I just didn’t have this degree thing. So, as I was looking around, my first thought was SAE, because there’s an SAE in Hamburg, and I considered studying in German, but I thought it was going to be hard enough anyway. So my wife was thinking of doing the same thing, and she was accepted onto the degree course back in Liverpool. So we said we’ll come back to Liverpool and we’ll both study. The plan was always to come back to Hamburg post-graduation and try to get employed back in Hamburg again. 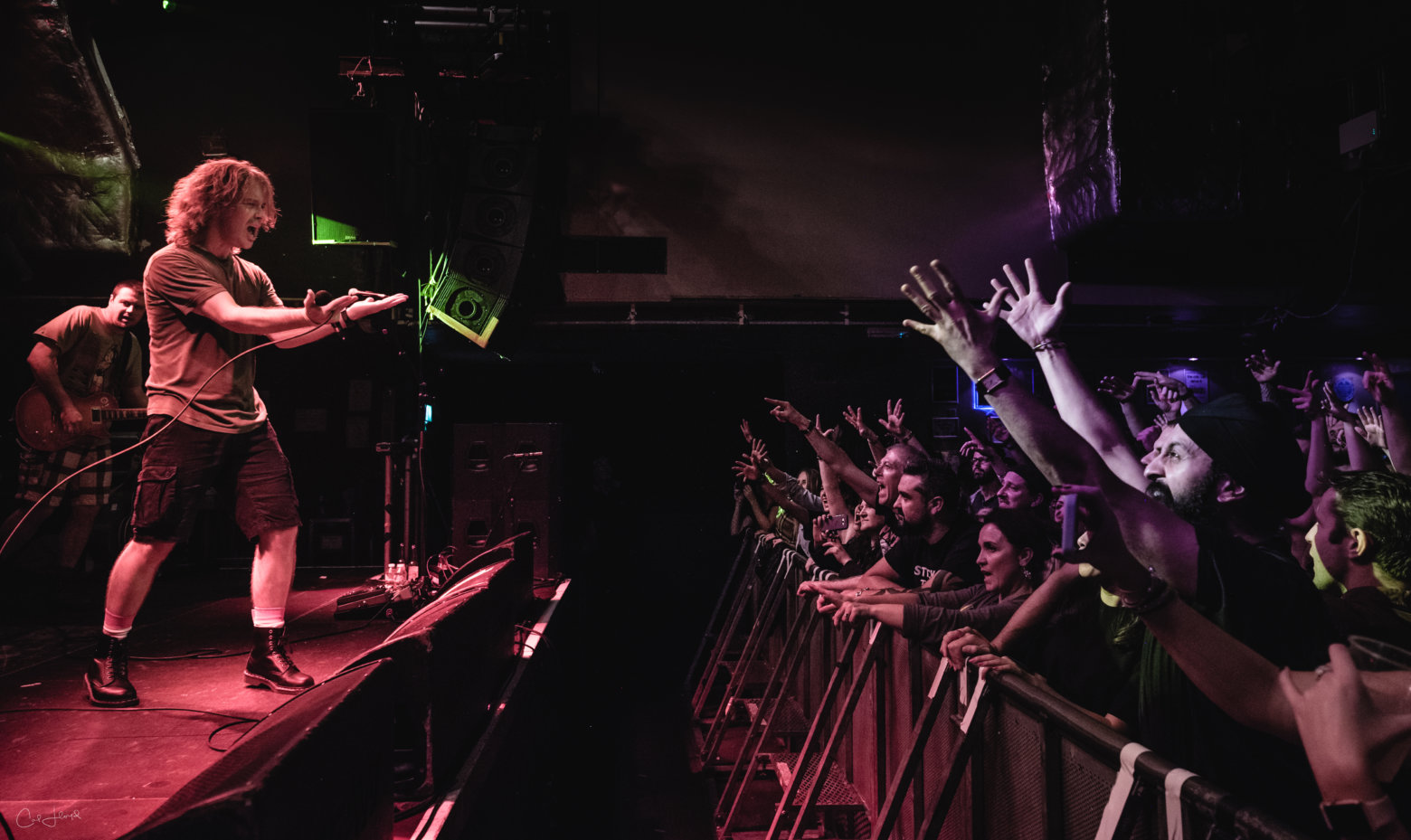 Duncan: Fantastic. So we got to the end and so you then headed back to Hamburg armed with your degree. What happened next?

Kevin: Well, when we first came back, I was finishing my degree still at that point. So I had kind of like the running of the degree um itself while I was here um in Hamburg because everything was still online.

Duncan: So at this point, you were starting to write your major project?

Kevin: Yeah. As you may remember, I was formulating ideas. I had an idea where I wanted to go with it, but you go where the research takes you. And it did change fairly dramatically, I think, after a certain point. But yeah, being back in Hamburg, studying, and just being focused served me well in getting that first. We then graduated, and I started looking around for possible opportunities and jobs. I  started sending a few CVs out and I got a couple of interviews and found the place I’m at now, which were always at the top of my list – I didn’t send anything to them until I was sure. I thought, now I know what I’ve got, it gives me that confidence to approach them and go, look, I’ve got a first. Here’s my project, here’s my work history, all that stuff. And they came straight back and he said, we liked your CV, we liked what you’ve done, and we love to get you for an interview. So I have to do the first stage of an interview.

Kevin: And it went well, just straight away, kind of connected. I came out of the first interview and I said to my wife that I’ve got a good feeling about this, but I didn’t want to think too far ahead. I found out just before Christmas I got the job and then they wanted me to come in as the online communications manager for a company called eARmusic. 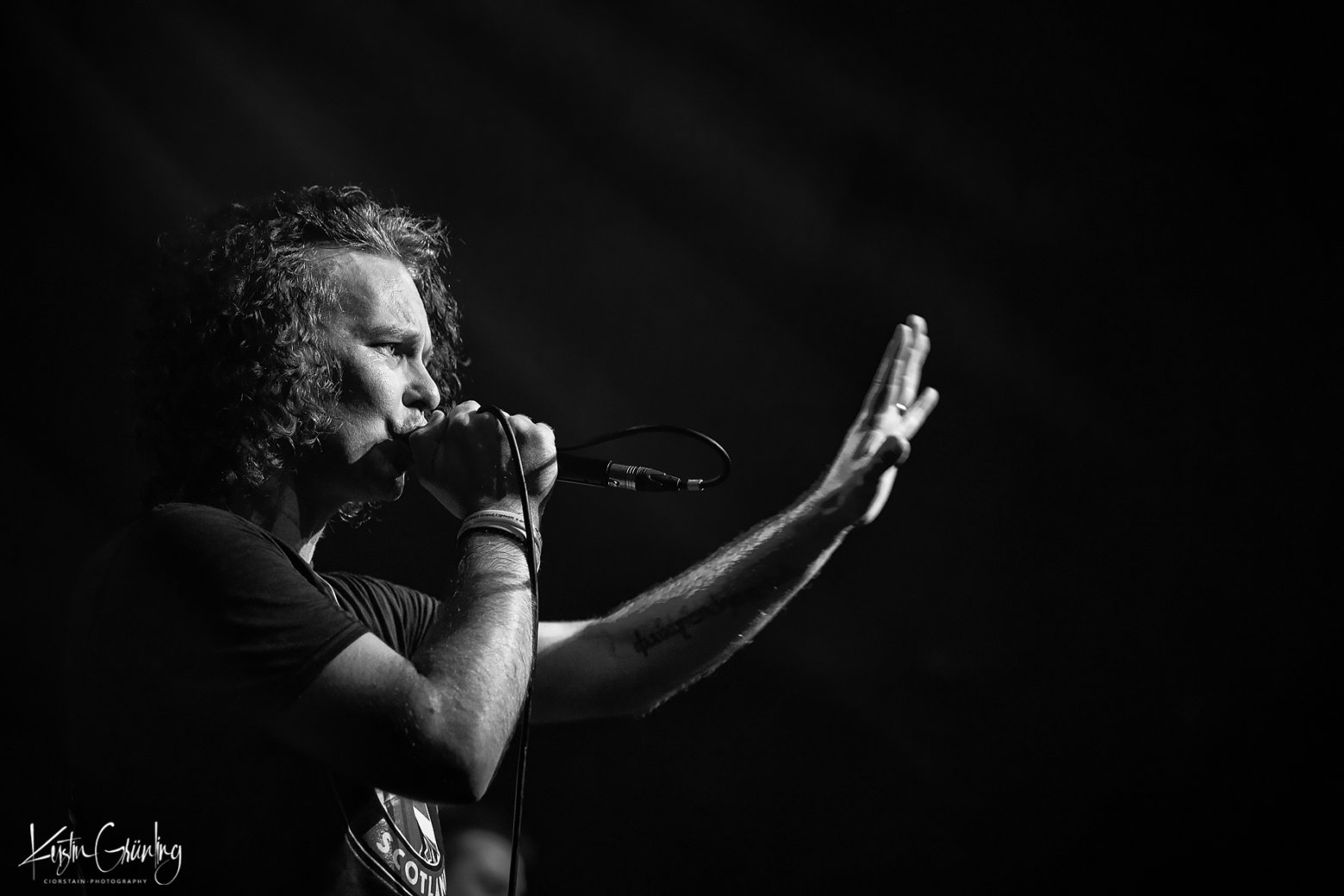 Duncan: Which is a division of Edel I was going to say.

Kevin: It’s a division of Edel, which is the largest independent record label in the world now, just the way they’re structured with the distribution deals and stuff going through Sony and certain territories and so, yeah, it’s an absolute dream.

Duncan: So you’re in online communications, and I do remember when you messaged me about this and I genuinely couldn’t be more thrilled for you and for you to be with such an internationally recognized major company. So tell us about a day in the life of Kevin Dickson at work. What is it that you do for the company?

Kevin: So firstly, I work with Absolute Legends, it’s kind of like rock metal in the sun, little pop artists and stuff like that as well. But it’s like Alice Cooper and Deep Purple and Joseph Triani and all of these people Marillion and some great massive metal bands that once human and all of these other things. 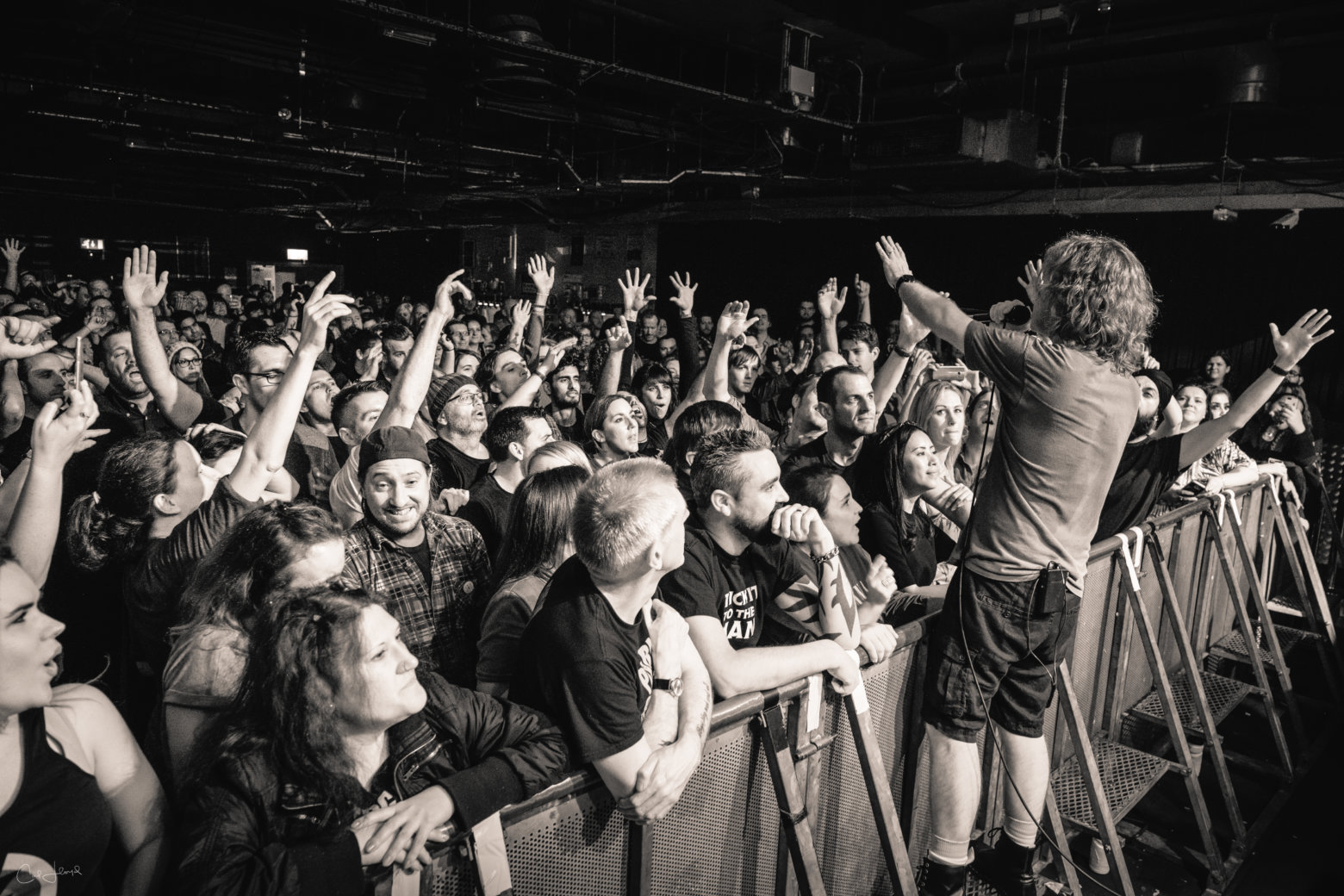 Duncan: It’s just so many that market is alive and huge across Europe, isn’t it?

Kevin: Essentially, I’m running all of the social media platforms and website stuff, newsletters, PR press releases, all that kind of thing. Working with the Marketing Department as well, coming up with content ideas and then working on timelines too. So we’ll be told, okay, we’re releasing Switching album in September or October, so we’ll sit down as a team and work. What’s a good idea? What do we want to do for this artist? What fits with what they’re trying to say and what they’re trying to do? And then you just start plotting everything out. Well, this is by this date. We’re doing this and this and this. And it’s a lot of work experience. It’s an unbelievable amount of work. And that’s just one. Right now I’m working on maybe nine different artists’ releases at the moment. It’s full-on. But it’s an absolute joy uh as well because it’s stuff I’ve grown up on.

Duncan: Might it be fair to say that for some of the artists that you’ve mentioned, Marillion might be a good example case, because I know you’ve just been working on a brilliant campaign with them, but this was an area that maybe these traditional artists were yet to properly embrace. Would that be a fair comment, do you think? And therefore they’ve been able to find a completely new way of communicating with their audience who was there sitting, waiting to be spoken to?

Kevin: I think that’s completely fair. It’s trying to take these artists who’ve been out there doing their thing for a long time, still respected, still great at what they do, but just doing it a little bit differently. So you’re kind of trying to marry those two things together then, but they’re very receptive to it and it certainly works. Like I told you in our conversation last week, we had the release date for Marillion about a week or so ago, and it went to the top ten across all of Europe and went top 20 in most of the territories as well. 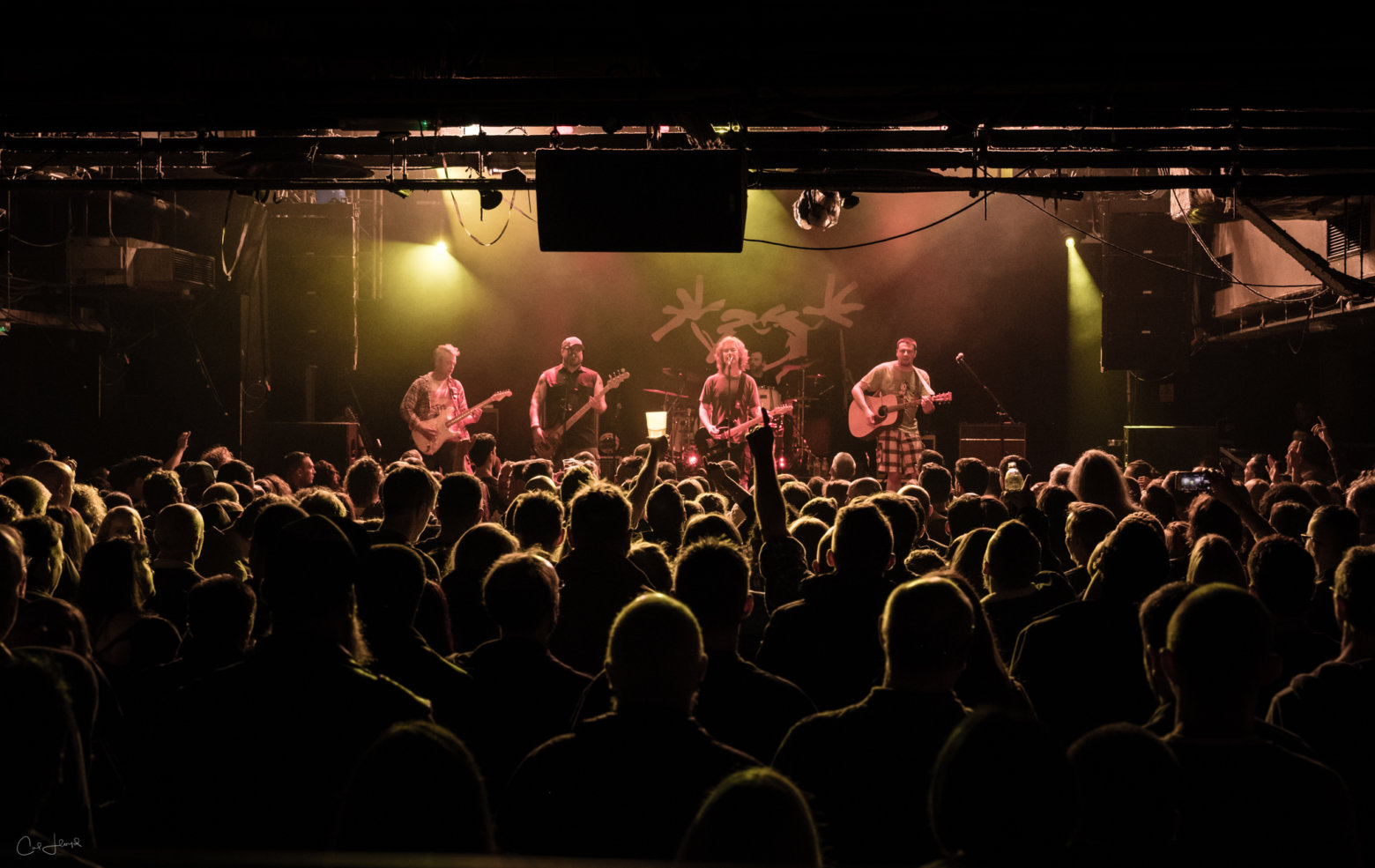 Duncan: Would that as well be a combination of streams and physical because do Edel do a lot in physical copies?

Kevin: Yeah, Edel Music is the largest manufacturer of physical music. They’ve got their vinyl plants down in down in Munich. So most vinyl that everybody else gets comes through our company because we do a lot of physical formats, special edition Gatefold LPs, different colors, and CD digit packs. All these kinds of wonderful, physical formats that people still want. And that’s quite important.

Duncan: So, how important was getting your degree with SAE to this?

Kevin: It was crucial, especially for where I am now. As I say, I wouldn’t have even got the interview if it wasn’t for having the degree. It’s changed my life. It took a lot for me to go back to University because I’m not a kid anymore. I’m not an old guy, but I’m not a kid. But having a plan and thinking if I do this, then potentially in two to three years, I could start doing for work the kind of things I’ve been wanting to do for a long time. And now, I don’t think I would have had this job without a degree. This job has changed my life more than I could tell you.

Duncan: With so many people looking to work in creative media these days, the thing that I see with people who do, like yourself, is to go and say: “Right, I’m going to go and get my degree”. I think employers recognize that you’ve invested in yourself and if you’ve made that commitment yourself and that undoubtedly helps give you an edge.

Kevin: Yes, for sure. It gives you confidence as well. I certainly felt more confident to approach this kind of caliber of job. And for all the experience and stuff that I had, I still learned a lot from SAE, which I’m grateful for, too. I think the whole thing kind of comes together.

Are you interested in music business? Study it at SAE! Find out all about it here.

Tags
Alumni SAE
How can we help you?
ENQUIRE
NOW Learn more about our courses, ask a question or request more information.
Enquire now
APPLY
NOW Take the first step in launching your creative career with confidence.
Apply now
Book a Tour Get on campus, meet our amazing team, and come and see the magic yourself.