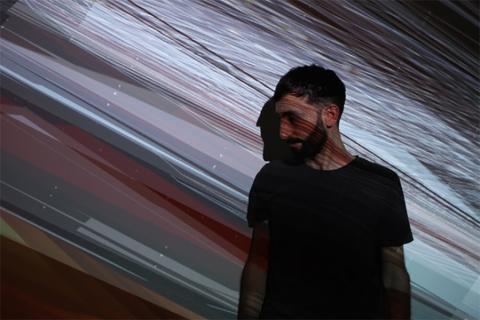 My work grew out of southern Italy's legendary ‘Angels of Love' parties during the 90s and the influence of this underground scene has remained with me. I've got to where I am today by following my passion, with projects that have developed over time.

I began working in Audio as a DJ playing and supporting headlining Djs such as Claudio Coccoluto, Joe T. Vanelli and others. These early practical experiences made me want to learn more about the industry, and led to my enrolment on an audio engineering course in Bologna. The course was taught by Fonoprint’s former engineer Alessandro Scala, who's work spans the likes of Vasco Rossi, Luca Carboni and Lucio Dalla. Scala became my mentor, allowing me to assist many of his studio sessions which included UK dance artist Adamsky and other great Italian artists. Both practical and academic experiences prepared me to work as a live audio engineer for Italian artists such as Cladio Baglioni and Fiorello, in Italy and abroad.

In 2001 I moved to the UK to study at SAE London. Both EMP and the Audio Production BA remain my most important decisions in terms of career development. Since then I've continued to complete qualifications and training around my production work as I always want to improve my skills and seek out new challenges to push me further.

What excites you about passing on your knowledge and expertise to the next generation?

I love to inspire students and help them to find and nurture their own musical passion. I’ve dedicated my life to turning my passion into a multi-field audio career and I’m excited to help others in doing the same.

Why should students choose SAE to further their careers in Audio?

Which musicians/producers inspire you and why?

Don Buchla (Synthesiser pioneer / Musician) – His work on the performance and composition of electronic music. Buchla’s revolutionary modular synthesiser (BUCHLA, c.1960s) introduced a new kind of instrument, capable of creating sounds and music never heard before. His vision will continue to inspire and expand for many years to come.

Robert Henke ( Ableton Live Co-founder / Producer ) – Henke's revolutionary ideas about the production and performance of live electronic music created a technical and cultural shift across multiple fields of the audio industry. Ableton has changed everything we know about electronic music.

Richard Devine (Producer, Musician, Sound Designer) – His sound design and music technology knowledge. Apart from his own outstanding musical project, Devine designs and creates the sound libraries found in many new music instruments on the market.

What is the biggest ‘pinch me’ moment of your career?

2015 – During a research project last year I assisted Robert Thomas while he was developing Fantom, Massive Attack’s interactive musical app. It felt quite special to hear Massive Attack’s new material months before the official release, and to be involved in Robert’s creative approach to electronic music. The experience has changed everything I thought about making music.

If you were stranded on a desert island with only one album to keep you sane, what would it be?

Merge Festival – On your Wave Length

All works listed above have been released by the following labels:

Other works and studio sessions: