From pre-event work such as designing the festival website, to on-the-day live sound engineering and filming the performances, students from across all the creative disciplines at SAE came together to support the event. 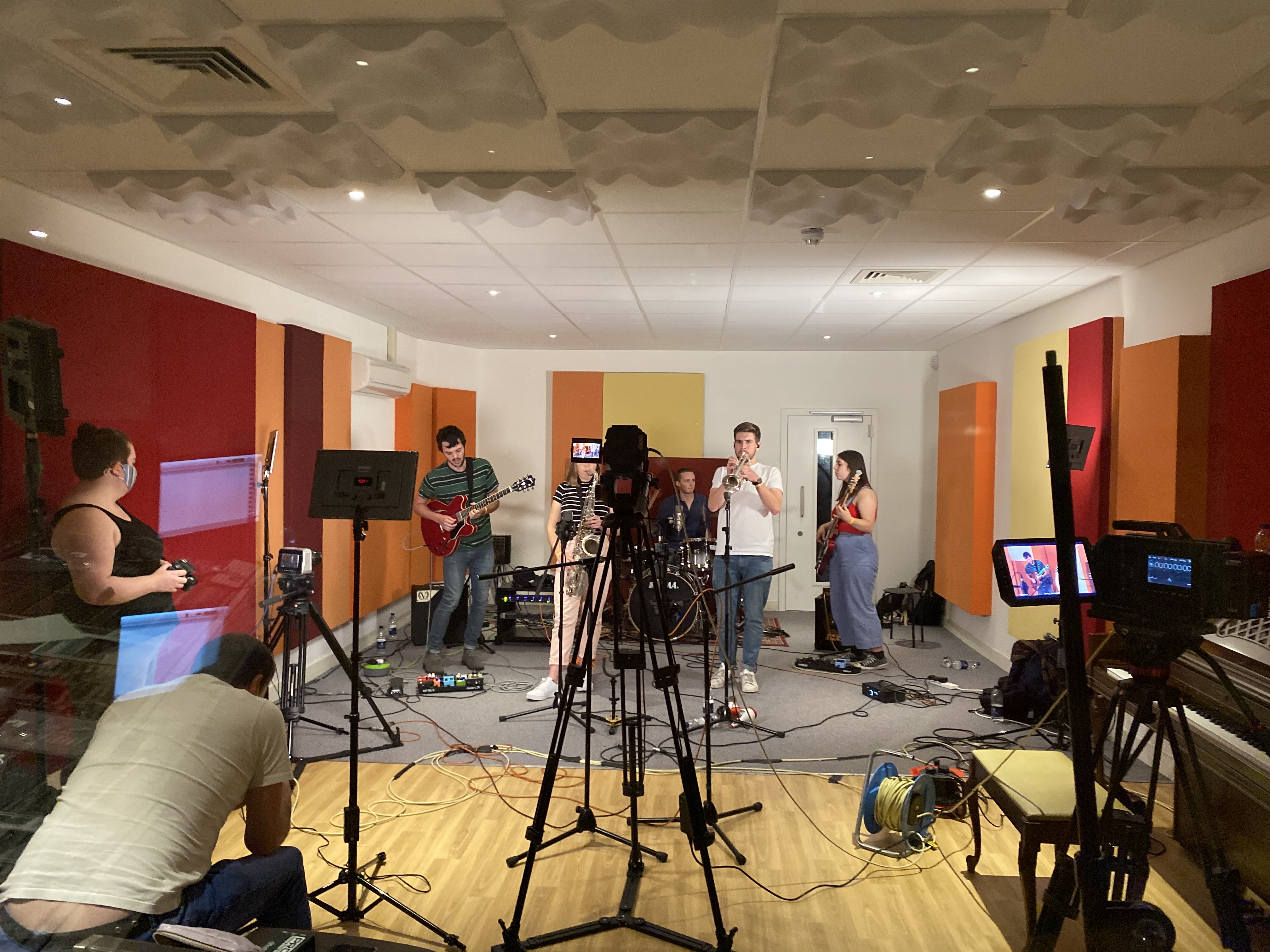 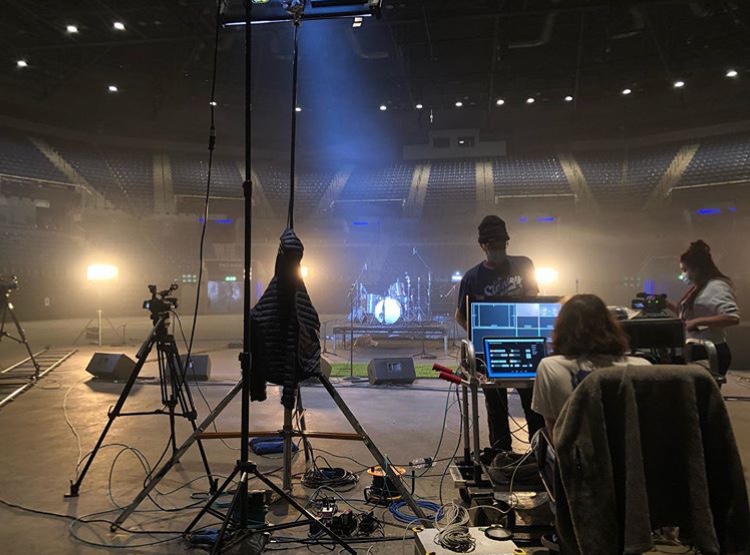 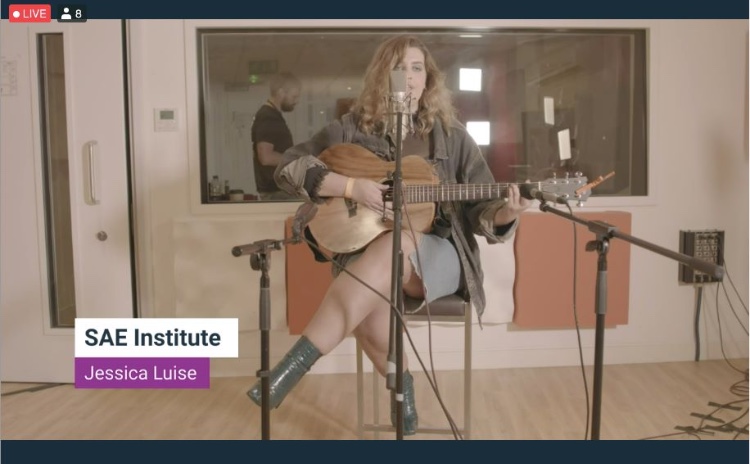 Festival organiser Ben Roberts said: “I am blown away and feel so privileged for everything SAE have done for the festival. The standard of the work, attitude from everyone including all staff and students, the professionalism and dedication across the board is something that surpassed all my expectations and I truly have not worked with such a lovely and friendly group of people before!”

One of the artists who took part in the event, Livvy K, said: “Performing for LDM Festival with SAE was so much fun! The production, team and day in general was incredible. Can’t wait for the next one!”

Another artist, KingFast (Paul Walker) said: "I had a really good time playing, it was the first time I’d played my own stuff really for a major audience since lockdown. I thought it was really professionally run and the team worked really hard to get perfect sound and video.”

SAE Liverpool Audio Production Programme Coordinator James McCormick said: “I've heard so much praise from everywhere about the event itself, the artists and the students that were involved. Honestly in over 7 years of working at SAE I don't think I've ever been so proud of our students, and they're still buzzing about it!”

Audio Production students and alumni took on a range of responsibilities; before the festival they assisted with the setup of the venues, and then on the day they worked across the sound desks, helping with performance scheduling and more. 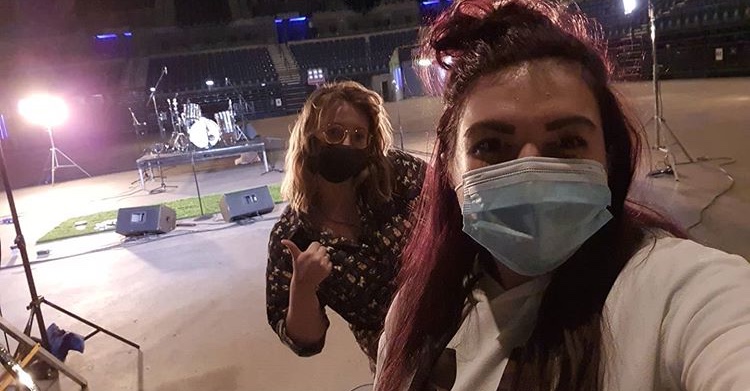 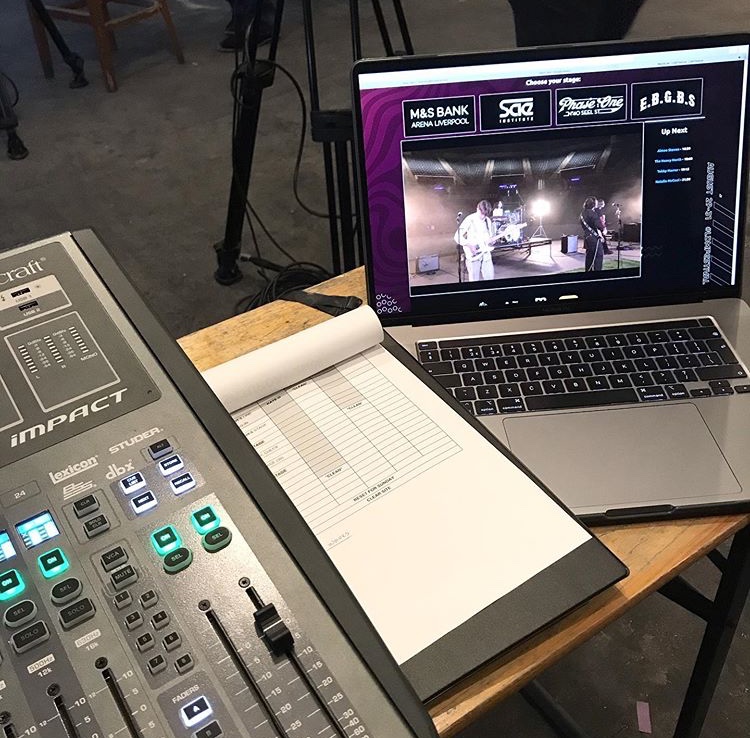 One of the Audio students involved Ellen McGovern said: “The Liverpool Digital Music Festival was amazing!! It went so well and everyone involved is super chuffed with how it all turned out!! I enjoyed every minute of it, meeting some awesome new teammates and life long friends, listening to loads of class performances from across the stages and also being able to do the sound again for a performance was such a lovely thing for me personally. Having not worked for the last few months due to COVID-19, it was really lovely to be given the chance to get back into what I enjoy. In terms of challenges, there was nothing the team couldn’t overcome. Everyone was one it, cleaning and sanitising was kept on top of throughout the weekend and all making sure the shows ran smooth and on time.”

Digital Film Production students worked across a range of roles, from producer to camera operator.

Film student Sam Morphet said: “The festival was a great experience, I got the chance to work as a camera operator and use the vision mixer. The crew were great to work with as it created a good atmosphere at the venue.”

Sam’s classmate Jackson Graham said: “During Liverpool Digital Music Festival Sam and I were the camera operators for the Phase One Stage, we had two cameras provided by SAE, one static and one operated. We would switch roles for each act, one operating the camera the other using the Blackmagic ATEM mini. It was great to get back into filming and using the cameras, also using the ATEM mini which I had never used before. Overall it was a great learning experience and would happily do again in the future, the team there were also amazing to work with and we all worked comfortably together."

Saul Murphy said: “I took on a pre-production role of organising the logistics of cameras and film crew for each location. During the event, I was based at SAE live lounge, arranging a three camera setup for each artist to achieve as much varied coverage as possible. I am amazed at how many people came together to make this huge event run as smoothly as it did, and all for charity too. This event also reinforced the fact we have so many talented musicians in this world-renowned city of Liverpool.” 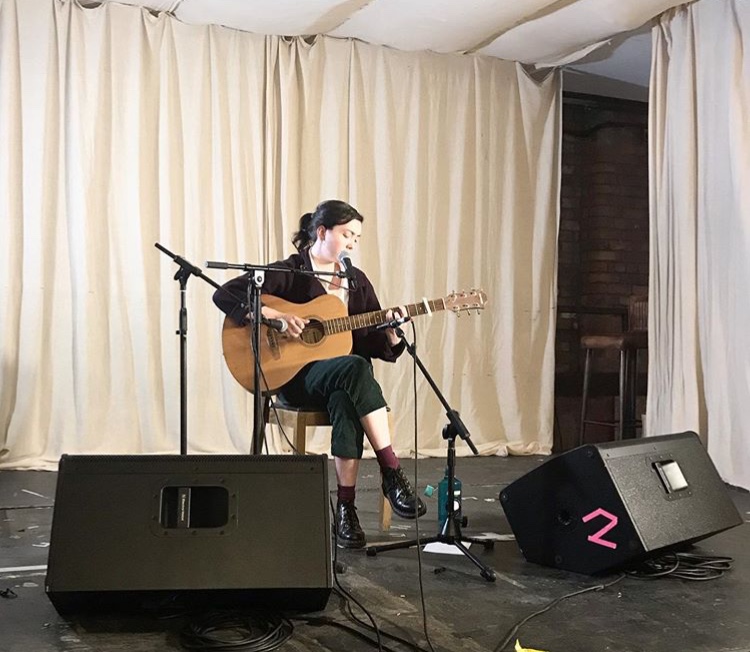 Film student Lucas Davies said: “The LDMFestival was an amazing experience. Meeting and hearing up and coming bands and solo artists to the amazing team effort from everyone behind the scenes. If I could do it again I would.”

Web students were involved in the development and maintenance of the festival website.

Gab Sebestyen said: “The website performed incredibly well, and we got a lot of positive feedback about it! We made the site as lightweight as possible as speed was our biggest concern with this project - and it worked out well too, I kept checking the festival on multiple devices but the load times were great throughout all of them. We were ready to make any changes or fixes throughout the bank holiday weekend but didn't need to fix anything which was really cool. We still have some work left on the site to get it ready for the next one but other than that we're done with this project and really proud of how it went! I also kept a close eye on the festival every day to make sure everything went well and had a lot of fun while doing so - most of the bands were new to me but they were so cool, I've already added them to my playlists!”

Working together on Liverpool Digital Music Festival is just one example of the many ways in which SAE students get to practice hands-on, collaborative learning.

Well done to all the students who got involved and helped make the event a huge success!