The evening was a fantastic opportunity for film professionals and fans from across Oxfordshire and the surrounding areas to hear from a combination of new and established filmmaking talent.

Callum’s film is a 20 minute short set in Oxfordshire, England, 1952. Christopher Oxley, an average academic, sits in an interrogation, trying to prove himself innocent to the stoic British Intelligence Officer, Agent Sullivan, in spite of all the evidence pointing to him as a traitor of the state. The project is a local film that stars Oxford residents, alongside many iconic Oxfordshire landmarks - such as Didcot Railway station and Abingdon FC.

Callum said: “I had a fantastic experience during my time at the recent ScreenTalk Oxfordshire event. It was amazing to not only be able to talk about my recent period thriller 'DESIGNATION: Limbo', and my time studying Digital Film Production at SAE Oxford, but also it allowed me to talk to and network with some amazingly talented and interesting people from across the industry. I would like to massively thank the teams at ScreenTalk and SAE for allowing me to be able to have this unforgettable opportunity that has been very beneficial for my growing career."

The attendees were impressed by Callum, who talked about why he chose to pursue a career in such a competitive industry, while explaining his workflow on creating his ambitious short film. Finally Callum was asked about the digital boom in the film industry with some filmmakers like Steven Soderbergh often opting to shoot on smartphones over more traditional cameras and whether talent was more important than technology on a set.

ScreenTalk Co-Founder Shelley Couper said: “It was definitely a 'watch this space' moment when Callum John shared the trailer of his retro-styled film, as it pulls off the trick of being both pleasant and pacy, with many very appreciative of the chance to hear from a young local filmmaker. ScreenTalk Oxfordshire was set up to bring local filmmakers of all ages, and at all stages, together and to create awareness about local projects. We are all looking forward to seeing DESIGNATION: Limbo.”

Following the Q&A with Callum, attendees at the ScreenTalk event got a chance to hear from the keynote speaker, the BAFTA and Academy award-winning Producer Gareth Ellis-Unwin.

As Head of Film and Animation at ScreenSkills, Gareth talked about reducing barriers to entry to the filmmaking industry and that anyone who has the courage to pick up a camera or phone, make a film and get a reaction from the audience can say they are “in the industry”.

BAFTA nominated producer, script expert at Creative Europe and Screenwriting teacher at the University of Oxford, Carl Schoenfeld said: “Gareth is a highly experienced film producer who was both insightful and inspirational. It was a great opportunity to show him how active Oxford is in media production and education. In order to engage someone of his status, it was good that ScreenTalk brought everyone together, ranging from students, via small production companies to CEOs.” 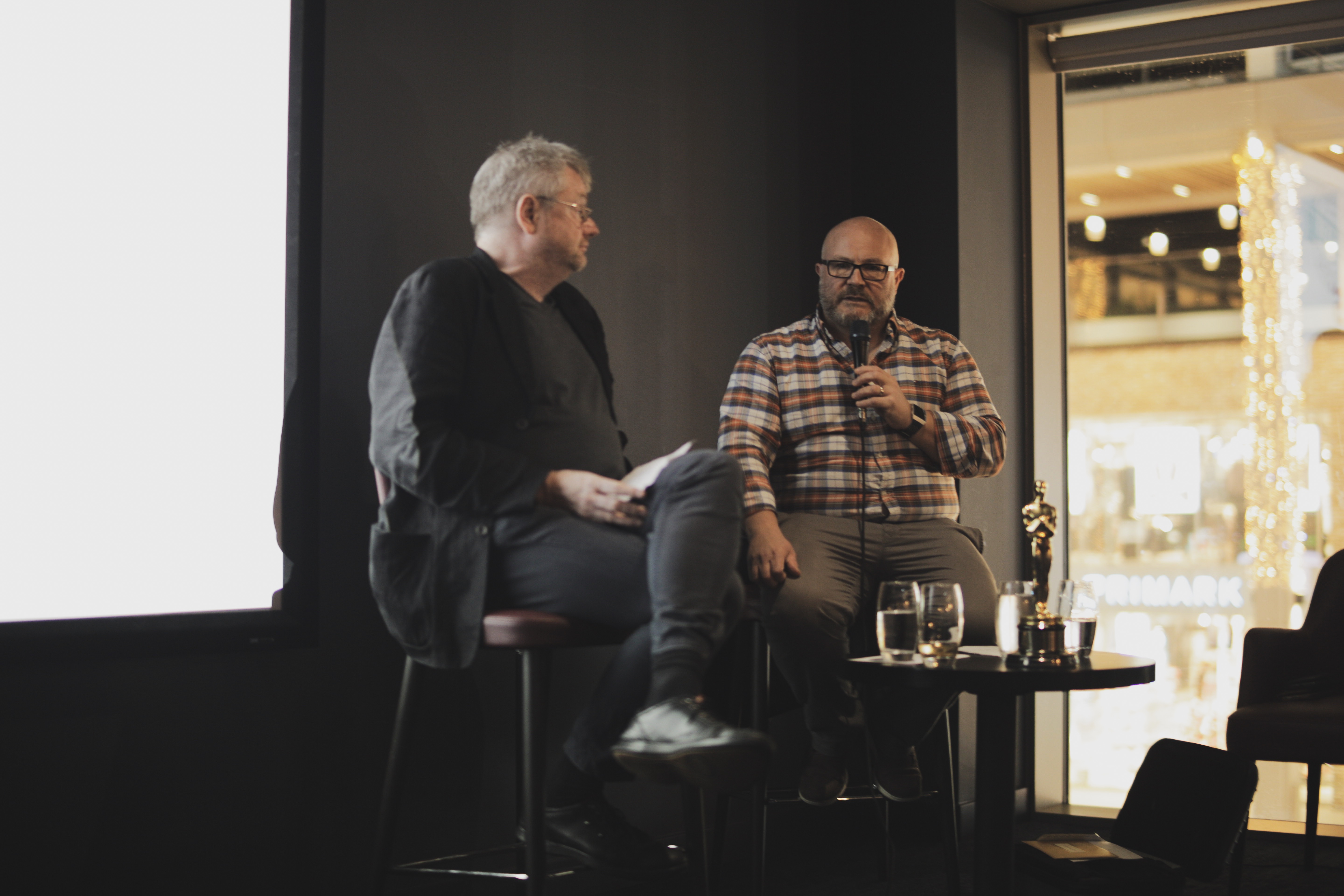 SAE Oxford is glad to be providing our alumni and current students with such a great networking opportunity and to be helping them share their incredible work with the world.