SAE is excited to launch the second wave of our Alumni Mentoring Scheme, after the trial successfully forged mutually beneficial creative partnerships between our students and graduates.

The Alumni Mentoring Scheme was launched in January 2019 and was designed to harness the skills of the SAE alumni community to support current students. The mentoring scheme has already provided students with a wealth of invaluable guidance, ranging from CV tips, networking advice, and major project support, up to work shadowing and placement opportunities.

In total, 20 of our talented graduates agreed to mentor students across the UK in Audio and Film. One of those graduates was Craig Dorrall who was matched with Digital Film Production student Sean Bruce Monteith, who was looking for work shadowing opportunities. 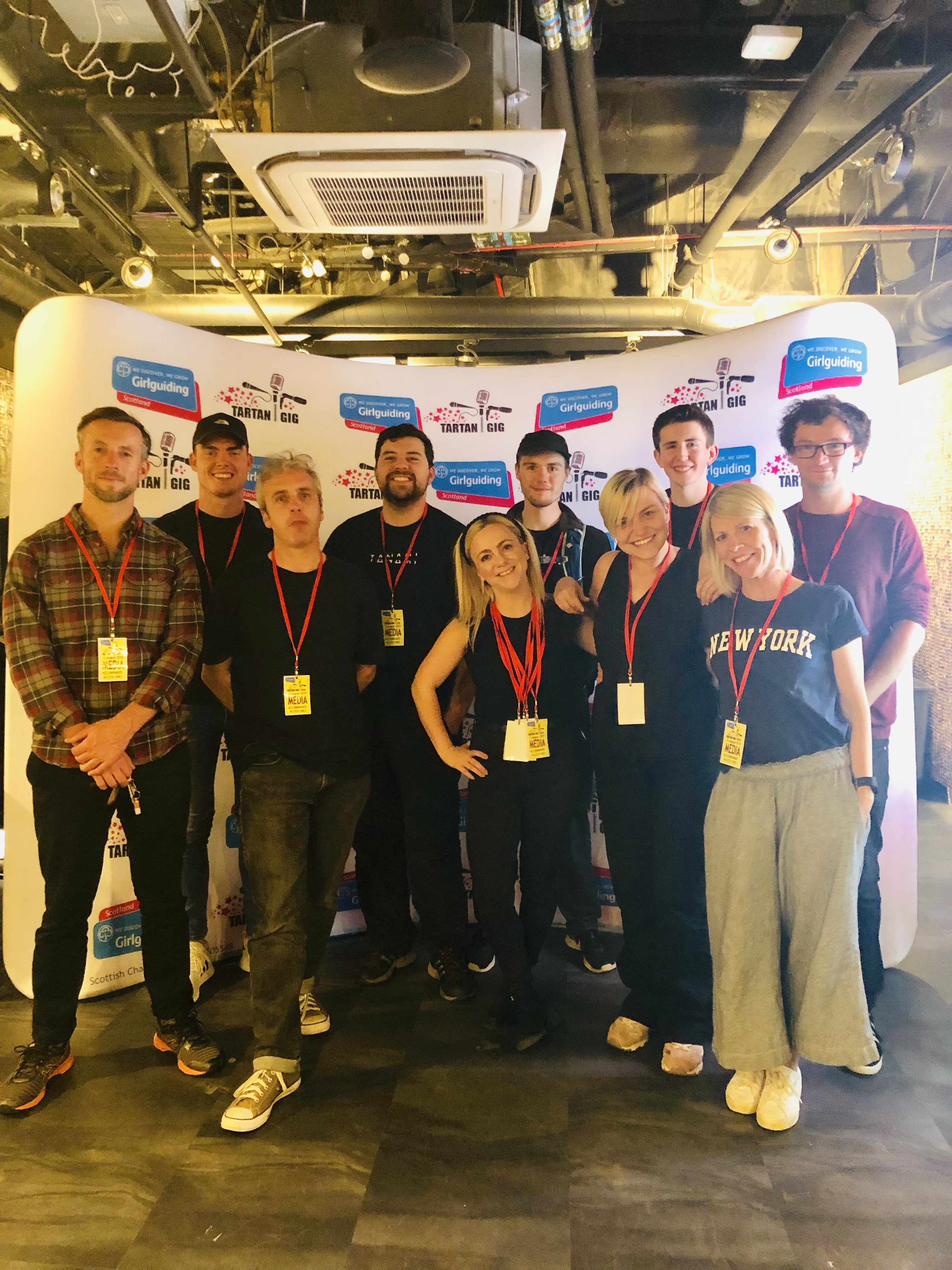 After initial email introductions, their first meeting took place in a café, where they spoke about their careers and Craig gave Sean advice about being a filmmaker. They kept in touch following this meeting, and Sean was offered a week of work experience with the Edinburgh based video production and social media company, Tanami, in August.

Craig Dorrall said: "The mentoring scheme has been a very rewarding experience on both sides. Sean brought a fantastic attitude and some insightful questions to our original meeting. From there we were able to offer him a work placement which offered up some valuable experience on commercial and live event shoots. I'm sure we'll continue to keep in touch well beyond the lifespan of the original mentoring experience."

Sean’s placement with Tanami coincided with the company getting the job of filming the Edinburgh International TV Festival, an annual event which brings together all parts of the television and digital world to debate the major issues facing the industry. Sean was given the role of runner at the festival, which he said was a fantastic experience, and he enjoyed meeting and working with the rest of the crew.

Since this first placement, Sean has subsequently worked as a runner on two other Tanami projects. He worked as a member of the media crew for The Tartan Gig 2019 at the SSE Hydro, and also recently worked on an advertisement shoot alongside Director of Photography, Jonnie Lewis.

Sean said: “The mentoring scheme has helped me to progress my career and establish connections, and for that I am incredibly grateful. The Tanami team have been great to me and I could not be more thankful for all their support. A special thanks to Kat Jordan and Craig Dorall for giving me the opportunity to work on these projects.”

We are glad that Sean and Craig got so much out of their mentoring relationship, and are excited to connect even more graduates and students with one another.

The next wave of the Alumni Mentoring Scheme will launch in October and will aim to match graduates with 2nd year students to help prepare them for both their final major projects and for employment.

If you are a current student who wants to sign up for the next wave of the SAE Alumni Mentoring Scheme, click here.

If you are an SAE graduate who wants to sign up to provide support to our current students, click here to apply to be a mentor.