SAE is looking forward to hosting a DJ masterclass with Liam Roberts and Neil Ormonde from Education & Bass from 11.00 am -12.30 pm on 18 November.

Register for the event here: https://www.sae.edu/gbr/dj-masterclass-education-and-bass

In this SAE Extra masterclass, you will learn how to mix records using Serato DJ software. Liam and Neil will cover the basics of beat matching, EQing, blending and transitions, as well as talking about how to use Rekordbox to organise and prepare your music for mixing. This will lead on to some more advanced mixing techniques such as harmonic mixing and double drops.

This is a great chance for aspiring DJs and electronic music producers to get to grips with some of the fundamental techniques from two established DJs, both tutors at Education & Bass. Education & Bass are one of SAE’s industry partners, with students able to access the online learning platform which hosts over 1000 free online multi-genre music technology tutorials (software and platform agnostic). All they need to do to take advantage of this resource is sign up here using their SAE Institute email address.

Liam said: “Education & Bass is more than an online learning platform. Live workshops, international tours, artist development, opportunities and success make up the many faces of this platform. Led by active music industry artists who also come from academia, they certainly provide the best of both worlds. This one is not to be missed!”

Hosting this event is Liam Roberts, who has Liam has a background in music that encompasses club event promotion, DJ and music production skills, all of which were honed whilst he studied his Music Technology and Music Production Degree at Birmingham City University. As a student he set up successful events such as the multi genre event Seedy Sonics, which had a 6 year residency at one of Birmingham's flagship venues, The Rainbow. He booked a diverse selection of artists ranging from David Rodigan, DJ EZ and Annie Mac, through to the likes of Eats Everything, Phaeleh, Disclosure, Spectrasoul and many many more. Through Seedy Sonics Liam travelled and performed at international festivals such as Snowbombing, Outlook, Dimensions, Global Gathering, Snowboxx, Rise Festival and more, with the Seedy Sonics brand hosting stages and boat parties along the way.

Liam also worked for the Rainbow and developed other club brands such as Resonate which was successful and booked artists such as Nina Kraviz, Scuba, Joy Orbison, Boddika, Ben Ufo & many others. He was also at the helm of the successful Carnival Magnifico events which hosted over 5000 people in inner city Birmingham.

Whilst working as a promoter on the events, Liam developed his skills as a DJ and was regularly invited to DJ at other promoters' events around Birmingham. He picked up residencies at multiple venues including Lab 11, Next Door, Boxxed Warehouse and more, whilst also travelling around the country playing gigs in Leeds, Manchester, London, Bristol and other major cities. 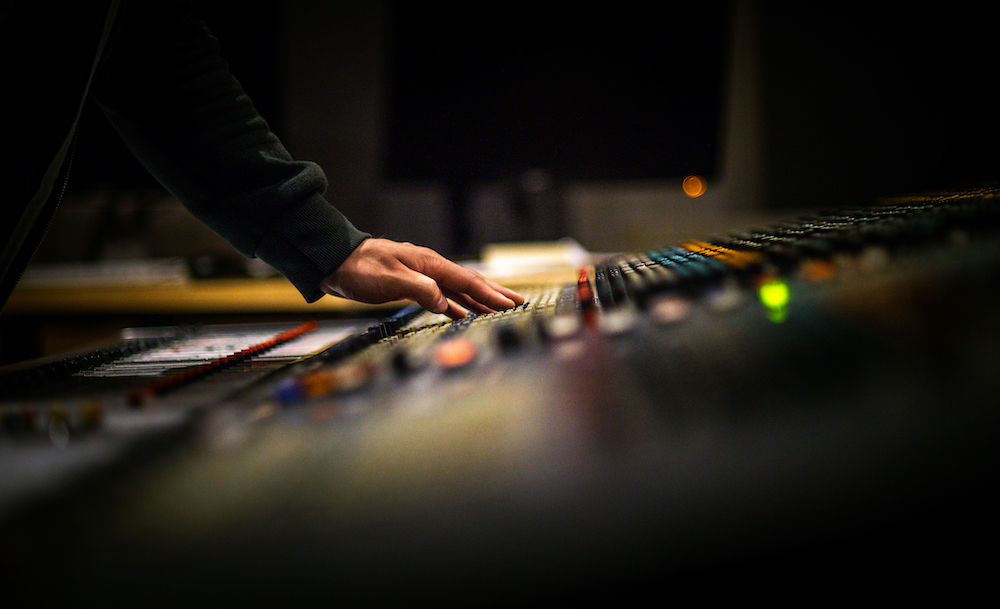 In the background, Liam has been developing his music production skills and set up an independent record label, Seedy Records, to release his music through. As he stepped away from promoting club events, he focused his energy on supporting younger artists to develop their DJ skills and working alongside Neil Ormonde they set up a small DJ school in the midlands that operated out of Pirate Studios. This led to Pirate Studios bringing Liam and Neil on board to further develop their DJ curriculum and then to roll out the DJ Academy nationwide. Whilst working for Pirate Studios, Liam & Neil had over 50 tutors working across 19 Pirate Studio locations around the UK, this was managed by Liam and Neil and was very successful in developing over 500 unique students within the space of less than 2 years.

Liam is difficult to pigeonhole as an artist musically as he isn’t afraid to play across multiple genres and this has led to his reputation as a versatile DJ within his current city, Birmingham. An expert across turntables and CDJs, with over 10 years club DJ experience under his belt and an ever expanding collection of records, it’s safe to say Liam isn’t going to step away from the industry anytime soon, if pressed he’d probably tell you he’s only just getting started.

Hosting this event alongside Liam is Neil Ormonde, who never considered DJing as anything more than a hobby at first. However, Neil honed his skills using his favourite house and techno vinyl on a technics set-up back in 2006. Having made a couple of sporadic appearances around Birmingham he was then offered work by one of the cities most popular bars – a more urban-orientated music venue. It was this decision to diversify his style that first got his foot in the door and gave him a taste of weekly performances.

Alongside promoting, Neil also appeared regularly at some of the cities biggest events such as GLAS Rave, 02:31, Made Festival and Face; other notable appearances came in Ibiza and at Sankeys in Manchester. Fast forward to 2020 and he is more known for either his disco, rare groove & soulful house sets around some of the cities cocktail bars such as The Alchemist, The Ivy and Gauchos, or for his techno output as part of Teknøtis – recently enjoying a #15 chart placing in the Beatport Techno top 100.

He also founded and runs the Birmingham Techno online music blog, with a combined total of over 30k followers across all platforms. Away from performing, Neil headed up the Music Academy at Pirate Studios, alongside long term business partner Liam Roberts. What started as a small operation snowballed into a major arm of Pirate Studios new business streams, employing over 50 tutors across the UK, US and DE, teaching DJing and music production to a total of over 500 customers. The academy also went into schools and hosted stalls at careers shows, offering advice and allowing youngsters to have a go on the equipment. During this time Neil developed a keen interest in music education / tuition and continues on that exciting journey with Education & Bass today – more interested in finding the next generation of stars than pushing his own career.

You’re in safe hands with Neil and Liam who promise to deliver an engaging and insightful masterclass. What are you waiting for?

Sign up for Education & Bass with your SAE email address here.