Gary McLellan, a Digital Film Production student at SAE Glasgow, was recently appointed Deputy Director of Glasgow Filmmakers Alliance. The directory aims to bring together the wide range of professionals working within the Film and TV industry in Glasgow.

We caught up with Gary to hear more about his new role, as well as his major project, which is a crime drama set in Glasgow titled Thursday’s Son.

How does it feel to have been appointed Deputy Director of Glasgow Filmmakers Alliance?

Exciting. It's great to know I can get involved in something alongside continuing to pursue a career in filmmaking, working to help out other filmmakers in my area. The potential the organisation has with its local industry links, coupled with the recent developments in Scotland's Film and TV industry presents great possibilities for the wealth of talent to be found in Glasgow and the surrounding areas. I want Scotland to have more opportunities in this field and will do whatever I can to assist in making that a reality. 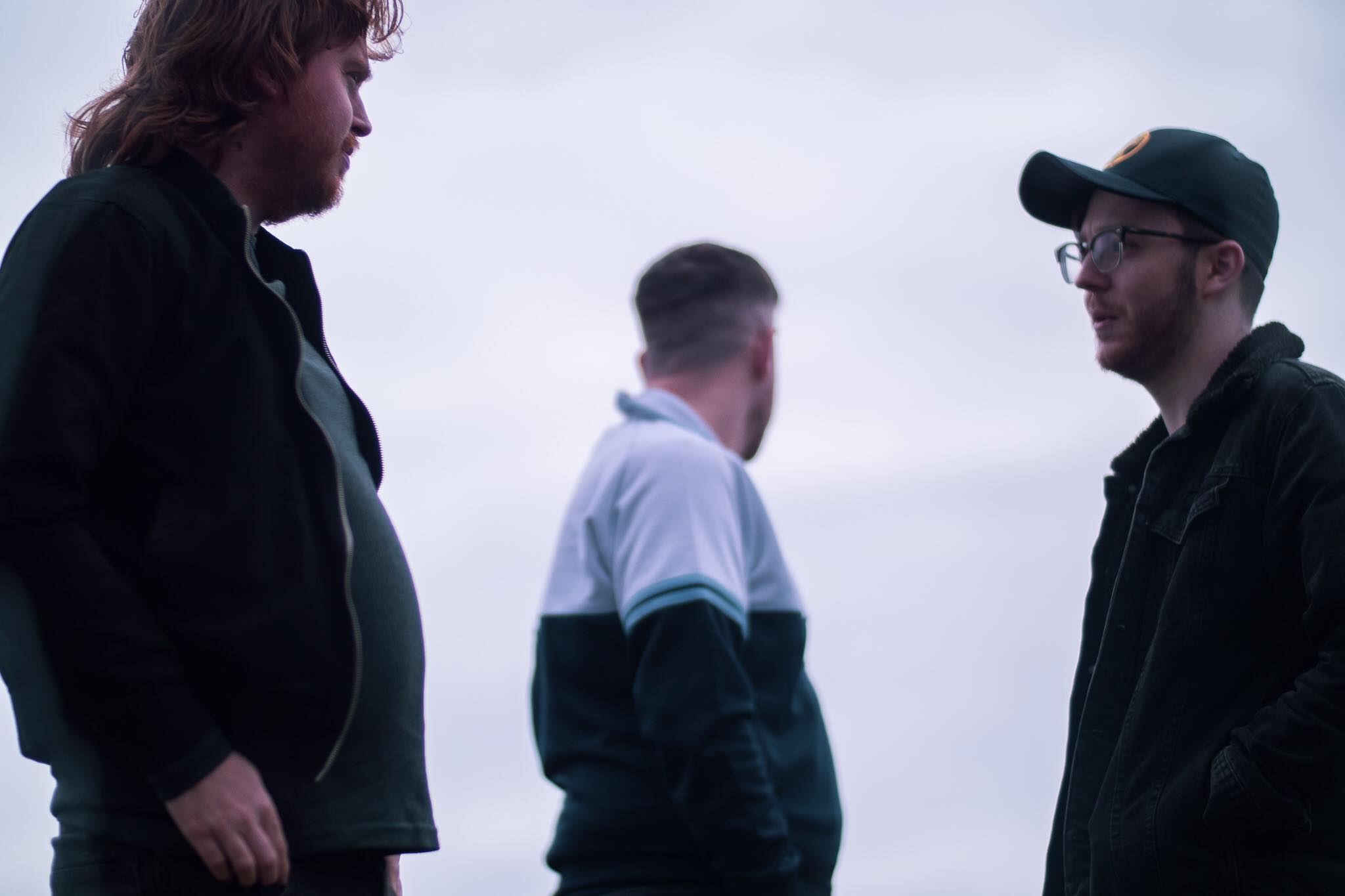 How did you secure this role - what has your work with the organisation involved so far?

In all honesty, I had never actually worked with Glasgow Filmmakers Alliance before getting this role. Chris Quick is someone I met and interviewed on The Reel Filthy Podcast, a TV and Film review show I've been running with a friend for over a year now. Chris, who recently took over as director needed someone who could take care of the website and media side of things for the organisation, and him being aware of both the podcast as well as me being a young local filmmaker made me a good fit for what he needed.

What are you enjoying about the film course at SAE Glasgow?

Something I've really liked about SAE is the hands-on attitude. I've spoken to people on other film courses where you don't even touch a camera till the final year of a 4-year degree, which seems bizarre to me having been handed a camera to go make something from day one here. Writing essays is very useful and certainly an important skill, but if you're wanting to work in TV and Film, the best thing you can do for yourself is getting the actual experience of what it's like to be on set, and what better way than to make things yourself and get that constant practice. It has helped me to realise I needed to become more proactive and not wait for opportunities to fall on my lap, a mindset I will take with me after the course and into my career.

What projects have you been working on recently?

For the past month or so, I've been working on a short film I've written and directed called, Thursday's Son, a crime drama set in Glasgow. The synopsis is as follows:

'With his reckless older brother, Davey, having crossed The Andersons, a notorious east end gang, Alec must make a choice: go back to Muirhill, the scheme he spent so long trying to escape, or leave Davey to fend for himself.'

It's been a stressful but ultimately rewarding experience for me, working with next to no budget, but also getting the opportunity to work with some great cast and crew. It's also been great for realising some flaws and positives I can take forward and improve on in future projects. Right now the film is in post-production, looking to be complete for mid-July. From there, I'll submit the finished product to a few local film festivals and see what happens from there. 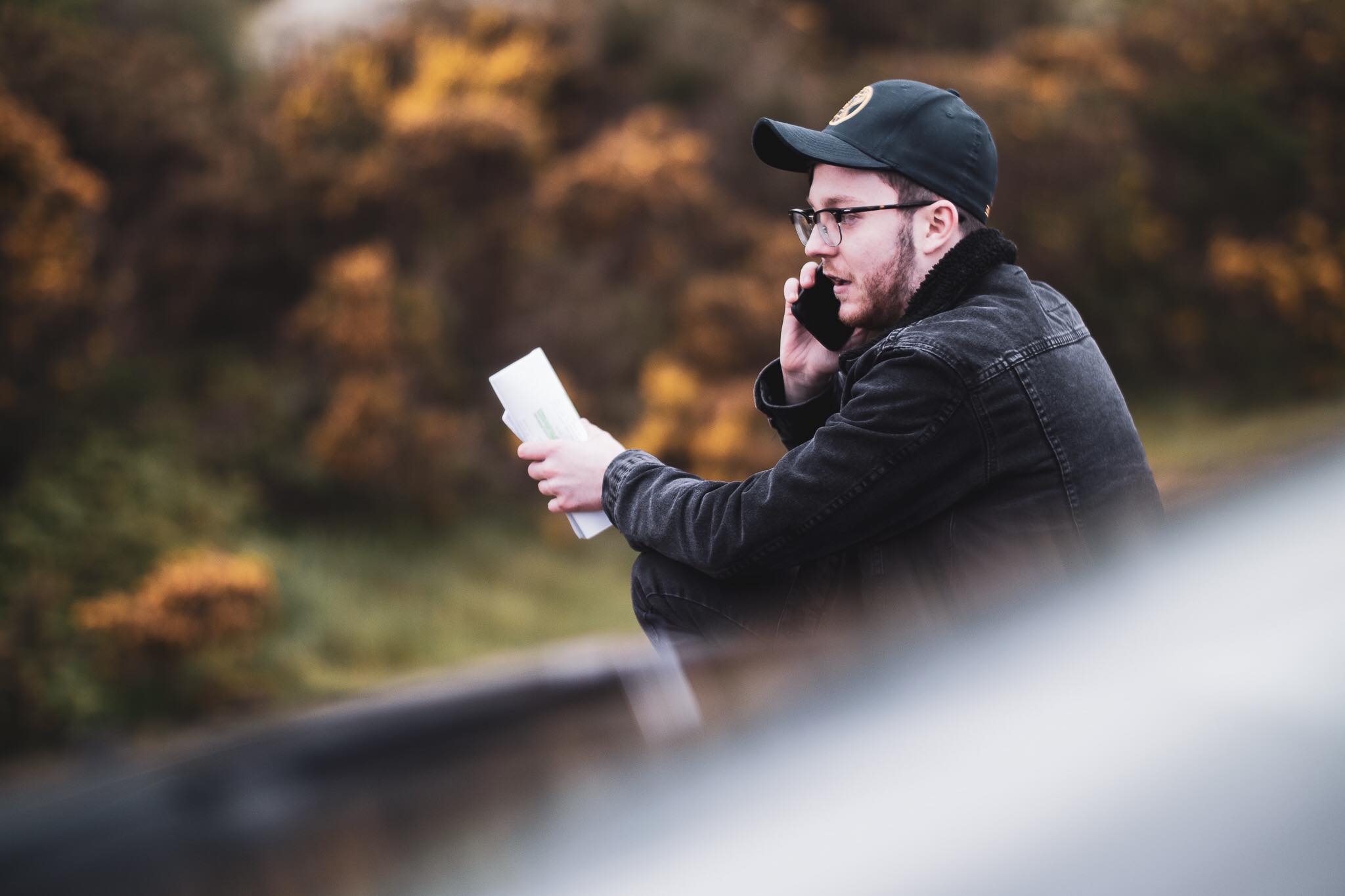 Do you have any advice to students looking to secure similar positions?

Network. It's something that's always said, and it's crucial to make contacts wherever you can. However, one bit of advice I'd give on the matter which may be a little controversial - but it's what I've gathered so far from my own experience - is to find that fine balance between over enthusiasm and coming across as arrogant. If you want to work with the person you're speaking to in some capacity, there has to be an element of respect both ways in a professional sense, so have respect for your own strengths as well as appreciating others. Remember to keep in mind what you have to offer as a filmmaker.

Self-confidence is crucial if you want others to want to work with you too. However, don't be arrogant. That, compared to simply coming across as a fan, does you no favours; at the end of the day everyone wants to work with people they can get on with. Ultimately though, I think the best advice I can give comes from what I've learned at SAE, being that if you can't get experience, do it yourself. Can't get funding for a grand idea? Come up with a smaller idea you think you could realistically make for nothing. Anyone I know of - at least in Glasgow - that's doing well for themselves, didn't wait for opportunities to land at their feet, they made their own opportunities and it's what got them noticed.

Listen to The Reel Filthy Podcast on iTunes, Spotify and Android devices.