"I explored the problems of information overload and sensory overstimulation, giving a particular look at how these phenomenons have developed over the course of history and what sort of impact they may have had on human beings and on the planet at large." 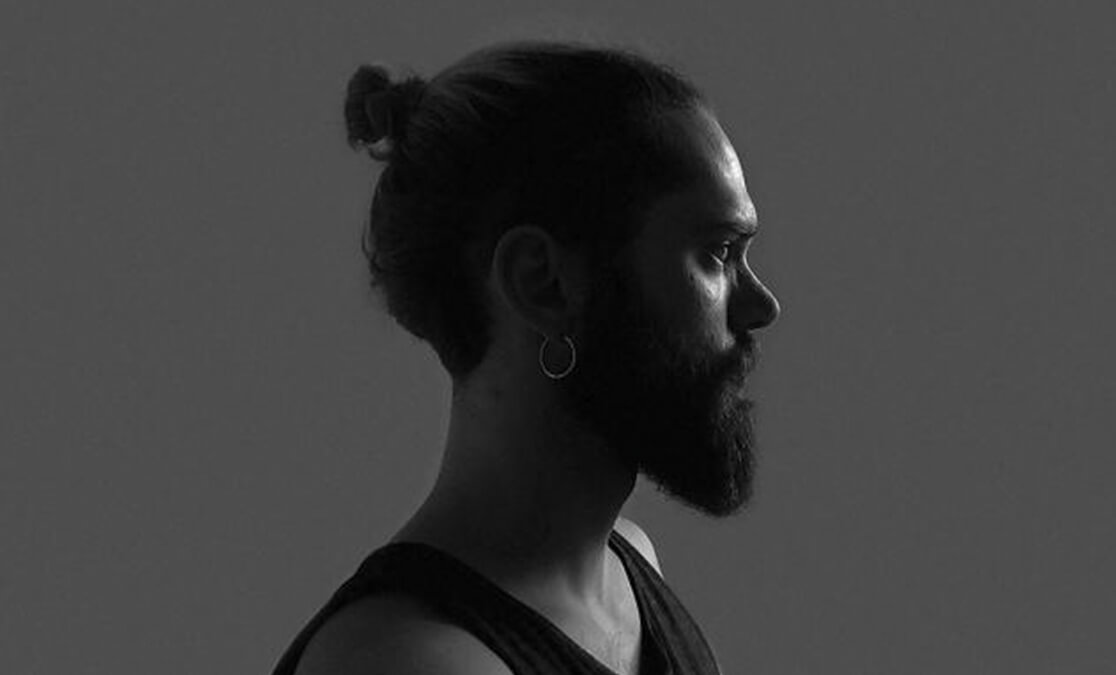 We caught up with SAE London Audio Production alumnus to learn more about what he has been working on since finishing his studies at SAE last December. From producing a new EP to an interactive performance using Arduino technology, there’s clearly been no stopping Giordano’s creativity during COVID-19.

Firstly, can you tell us a bit about what you worked on for your Major Project at SAE?

Hi, sure! For my Major Project I developed an interactive sound installation which conceptually criticised the current state of capitalism by analysing and aesthetically representing some of its issues. From a technical standpoint the installation combined Arduino technology with ultrasonic sensors, Max4live programming and generative sound design algorithms.

Sounds really interesting! What were the key issues with capitalism that the installation ended up representing?

I explored the problems of information overload and sensory overstimulation, giving a particular look at how these phenomenons have developed over the course of history and what sort of impact they may have had on human beings and on the planet at large. I then tried to sonically translate that by creating a collision between the natural and the artificial worlds and allowing the audience to experience it using the tool of the “sound-walk”.

You are now supervising two more projects which use this Arduino technology — could you tell us about these two different projects — one being an interactive fashion piece and the other an immersive VR experience?

Since graduating I established connections with few upcoming artists and professionals in the art world, mainly thanks to Cecilia Lentini, a Director of Experimental Performance Art, Professor at the IED Institute of Florence and LABA (IT) whom I founded the multimedia hybrid project Tell Me To Sin with. After individuating my competence in the realm of creative programming and HCI research, she put me in touch with two upcoming artists respectively working with interactive clothes and VR experimentation. The first project, called Prove You Exist, involves conductive paint which through an Arduino program communicates with Max4Live and acts on responsive sound design. Every touch, pressure and movement on the conductive paint corresponds to a  specific change in sound parameters. The second project, E-001: azioni virtuali perturbanti, instead works with a Pulse Sensor that having as its input the heart rate of the participant of the VR experience, goes to actively change sound parameters according to the speed. The outcome is a generative installation that involves both sound and lights.

What else have you been working on since graduating?

Since my graduation I have been involved in a host of hybrid projects. One of these endeavors is the developing of a “glove midi controller” which utilises an accelerometer, magnetometer, gyroscope, proximity sensor, touch electrodes and a rotary encoder to enable the user to make music by moving his hand in a 3D space and by touching his fingers. The project was born from a conversation I had with Cecilia Lentini, my partner in crime, on the hybridisation of artistic languages through technology. The main use of the glove will be to allow Cecilia to enhance her performative art with this interactive piece, although I cannot wait to try it myself in my live performances too.

That sounds cool — is this a prototype at the moment or are you showcasing this work anywhere that people can try for themselves?

For the time being it is only a prototype, but I am planning to showcase it in live performances including my own, Tell Me To Sin and Cecilia’s too.

What else have you been working on?

Other projects I’ve been involved in include the sound design for a site specific 3D Mapping projection video, developed by the visual artist Edoardo Berti, with which we won a contest organised by Bright Festival in early 2021.

Who was the video artist that you collaborated with on this project?

Edoardo Berti is a visual artist based in Florence, who works with 3D rendering and extreme visual manipulation through hardware technology and software.

How did it feel to win this competition?

Amazing, we had limited time and resources to complete the project so we were skeptical about our victory. It felt really gratifying to have our work appreciated by such an established organization.

Not only are you involved in working with lots of new technologies to create engaging and dynamic installations, but you are also a musician. Can you tell us about your new music project, Semionauta? When will your debut EP be released?

Yes, I am really grateful to have had the opportunity to get involved in so many different things during a time where finding creative work is harder than ever before. I would consider myself more of a sound artist, as I can barely play a couple of instruments (drums, electric bass), whilst I am extremely fluent in the languages of sound sculpting, midi programming and musical algorithms.

With Semionauta I will release the most experimental side of my music. My debut project will come out on the multimedia platform Hide.productions, but I cannot say much more than that. The sounds will be aggressive, mutant, and apocalyptic at times. Conceptually the EP is a strong statement on the weird times we are currently living in.

What genres are you predominantly working in and who are your major musical influences?

It is hard to pinpoint the genre I am working on as my music takes inspiration from disparate places, but at the moment my main musical influences are Amnesia Scanner, Burial and Arca.

Is your aim to record and release music with Semionauta or are you hoping for this to be a live act, now that we are starting to see the return of live music?

Ideally I’d love to develop Semionauta to be a live act too, involving sound, new technology and light design.

Where can people find your work and keep up to date with your various projects?

I am working on completing my website but for the time being you can keep updated with my work on my Instagram. 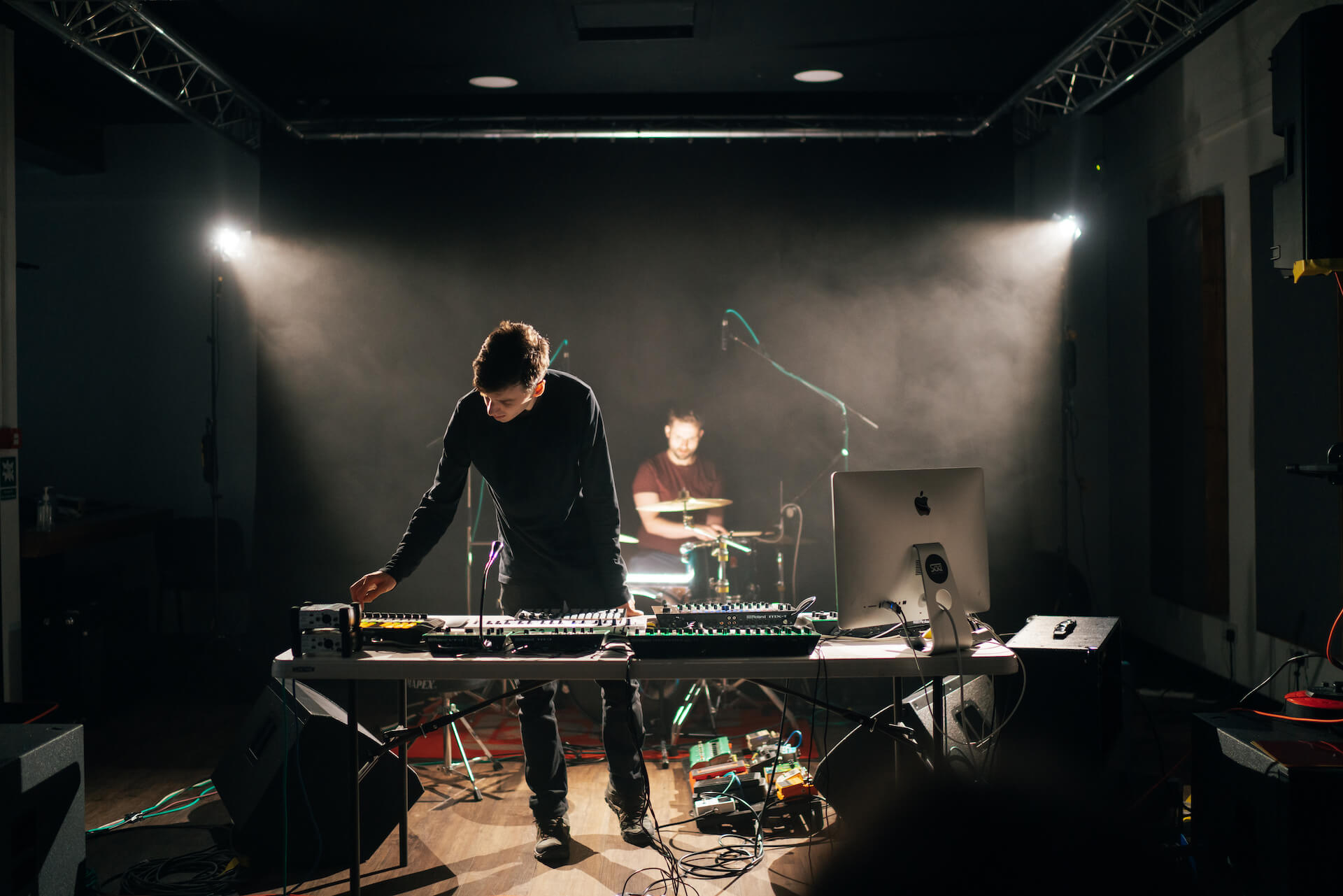 Discover more
How can we help you?
REQUEST
INFORMATION Receive our Information Pack with course content, course fees, payment plans and application procedure.
Request Information
Apply
Now Take the first step in launching your creative career with confidence.
Apply now
Book
a tour Get on campus, meet our amazing team, and come and see the magic yourself.
Book a Tour